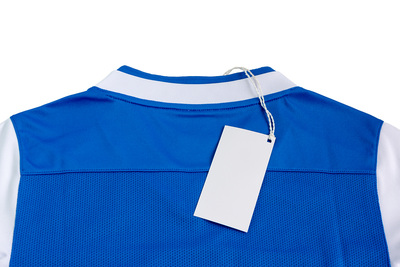 It’s been a major talking point for a number of months, if not years, in football.

Should teams be sponsored by betting companies?

It’s a question that balances the moral with the financial, and maybe there is no right answer: it is, perhaps, simply a question of personal opinion.

Taking the English Premier League as a guide, ten of the twenty teams in the competition were sponsored by a bookmaker or betting side during the 2019/20 season. That means that their shirts displayed the brand’s logo, while the advertising hoardings around the pitch also feature gambling-led promotional messages.

What’s the problem? Well, aside from the £350 million that the teams in question have pocketed for their efforts, there are genuine concerns that the growing visibility of betting firms in football – which attracts millions of viewers each week either at the stadium or watching on TV at home – is increasing the risk of problem gambling spreading.

This is a sweeping statement, but a high percentage of people who watch football are young and male – the most vulnerable demographic to problem gambling behaviours.

There’s two sides to every argument, of course, so let’s see if we can get any closer to answering the question of whether betting brands should be allowed to sponsor football teams either in England or abroad.

The Case for Gambling Sponsorship in Football

Few industries in the world have taken quite the regulatory kicking as gambling has in the past couple of years.

First came the crackdown on the fixed-odds betting terminals (FOBTs), which was arguably necessary but the reduction in maximum stake has led to millions of pounds in revenue lost and thus shop closures and unemployment.

And then came the recently announced ban on credit card betting, which will help to prevent vulnerable people from wagering more money than they can necessarily afford.

There’s no doubt about it: problem gambling needs to be tackled, and these measures help.

But the statistics suggest that some 24 million adults gamble in the UK, with 400,000 of that number identified as problem gamblers. That means around 2% of bettors are displaying problematic behaviour, while more than 23 million people are not.

There is also an argument, no matter how pithy, that for the large part gambling sponsorship in football has very little impact upon how many people bet nor how much they wager.

Flick on your TV set and you will see supermarkets advertising their alcohol offers at all times of the day, while industries closely linked to betting – such as stocks and shares – are allowed to market their products and services with seemingly little regulation to stop them.

What the gambling industry needs to do is invest more in the identification of problem gamblers, and the onus is on the bookies to play a key role in that by flagging up troubling behaviour. The Know Your Customer (KYC) verification system is at least going some way to preventing underage gamblers from joining the party.

But should we be banning gambling sponsorship in football? Many are desperate to suggest there is a cause-and-effect relationship between sponsorship and problem gambling, but is it as black-and-white as that?

The Case Against Gambling Sponsorship in Football 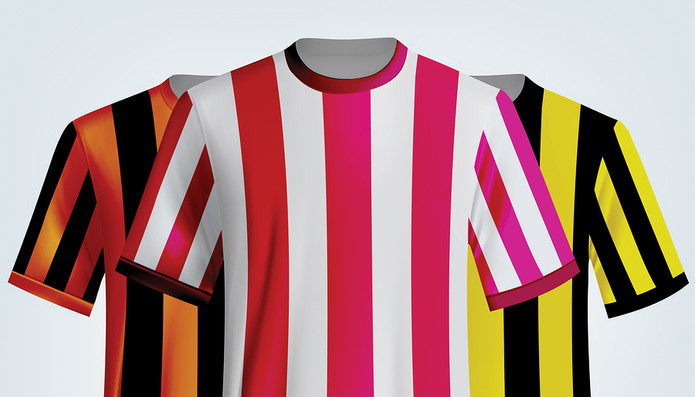 In recent years, there has been a complete ban on sponsorship from alcohol brands and cigarette firms in football and most other sports.

You can see why: both of those things can be severely harmful to an individual’s health.

Some will argue that you can enjoy alcohol in moderation, and the same theory stands for football betting too – millions of people have the odd flutter with no real consequence to their health or wellbeing.

But that would be missing the point somewhat, because gambling can be as harmful to mental wellbeing as booze and fags can be to the physical.

It’s also the targeting that is the issue. So many young people engage with football that it is dangerous for them to be so readily exposed to persuasive marketing efforts. 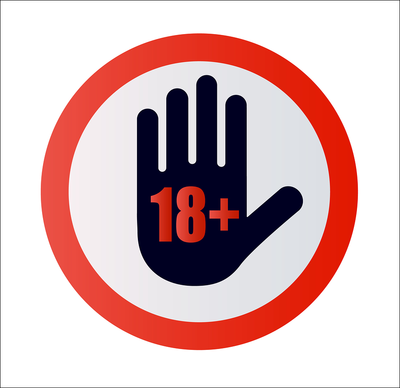 Also, a huge number of children also watch football on a weekly basis. This is also having an impact: a UK Gambling Commission study found that some 55,000 children aged 11-16 have what is categorised as a gambling problem, with a whopping 450,000 of kids in that age-range said to be betting ‘regularly’.

That encompasses a wide range of things, including bingo, publicly-available fruit machines and online casino gaming, but the simple fact is that too many children are being exposed to gambling at a young age at the football or via adverts on TV.

You will never completely stop underage smoking/drinking/betting – it’s almost a rite of passage for plucky youngsters, but minimising the likelihood is possible through taking sensible measures.

Gambling is an activity for people aged 18+, so why aren’t the same rules applied to this ‘adult’ activity as they are in other fields? Could TV adverts from betting firms be made to be shown after the 9pm watershed? There is already a blanket ban on advertising during football matches, so why can’t these brands get together and impose their own voluntary suspension on daytime and early evening ads?

That is a move that would surely go some way to restoring the integrity of this increasingly-damaged industry.

As for football sponsorship specifically, you wouldn’t expect Carling to sponsor the English Premier League, as it has in the past, or Benson and Hedges to have their logo emblazoned across the front of Liverpool’s shirt. Those are relic ideas of a bygone age.

Even if a complete ban on gambling sponsorship in football is impossible, surely the manner in which these messages are delivered – and the timing/location of the – has to be regulated further.

Betting sponsorship is pumping millions into the coffers of football clubs, so let’s get them investing into the infrastructure that identifies problem gambling and also helps to treat it.

There has to be some give and take, as at the minute there doesn’t appear to be much give at all.