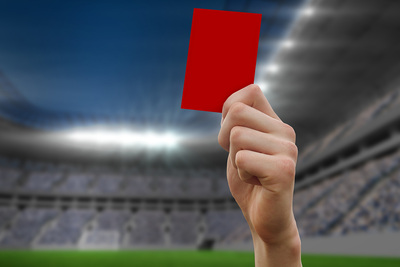 If anyone had any doubts as to the seriousness of the coronavirus outbreak, the scale of the issue today leaves no room for confusion.

Hundreds dead worldwide, tens of thousands infected, and governments of countries being left with no choice but to force a nationwide quarantine upon their people.

Naturally, major sporting contests are now under threat, with the Olympic Games – hosted by Tokyo – clearly now unlikely to go ahead as planned unless the Covid-19 strain can be eliminated.

The virus has started to make a significant impact upon Europe too, and it’s no wonder that many are now questioning whether Euro 2020 will go ahead or not.

In the weeks leading up to the competition there is still great uncertainty, especially as the tournament will be played in a number of different host countries rather than one single nation.

So far, UEFA have been keeping their cards rather close to their chests….

How Has the Coronavirus Affected Football So Far? 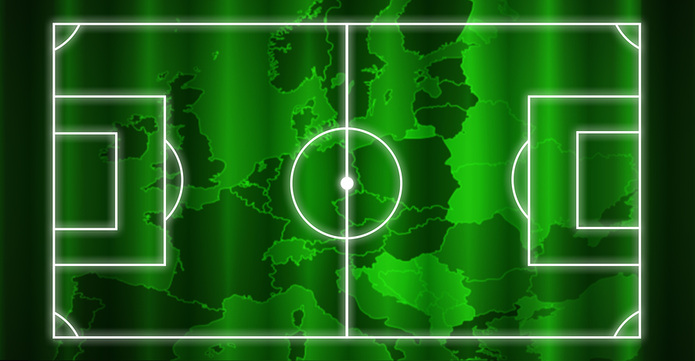 There has been widespread disruption to the fixture list across Europe.

In Italy, one of the worst hit countries, the decision was taken to play all games behind closed doors, but that has now been superseded by a government order that suspends all sporting action until April at the earliest.

That has had knock-on effects to continental football too, with Roma unable to fulfil their Europa League clash with Sevilla given that people travelling from the country are not allowed to cross Spanish borders.

Spanish football is also now being played behind closed doors, while bans in other countries mean that Champions League and Europa League matches will also be played with no fans in attendance.

The Republic of Ireland’s crucial Euro 2020 play-off with Slovakia has also been ordered to be played behind closed doors.

English football has largely been untroubled so far, although the Manchester City vs Arsenal game scheduled for March 11 was postponed after it was revealed that some Gunners players and staff had interacted with the Olympiacos and Nottingham Forest chairman Evangelos Marinakis, who has tested positive for Covid-19.

So far, no major players have tested positive for coronavirus, despite the rumours about Kylian Mbappe. And Jose Mourinho has confirmed that Son Heung-min will have to spend time in quarantine when returning from surgery in South Korea.

What is UEFA Saying About Coronavirus?

As you might expect, UEFA are keeping their cards close to their chest given the uncertainty that still exists over how quickly the Covid-19 virus can be controlled.

Any further update regarding other UEFA competition matches will be published on the official UEFA website in due course.

They have released a blanket statement:

“UEFA takes the situation linked to the coronavirus very seriously. We are closely monitoring the situation and are in contact with the World Health Organisation and national authorities regarding COVID-19 and its development.”

And when quizzed upon Euro 2020 and any uncertainty as to whether the tournament would go ahead, they replied: “For the moment, there is no need to change anything in the planned timetable. The issue will be kept under constant scrutiny.”

However, their officials have begun to become mobilised, and they have asked a number of governments and footballing governing bodies to do their best to keep the coronavirus under control.

According to reports, World Health Organisation (WHO) officials have informed UEFA that a host city can still welcome their games if they can prove that they have the ‘necessary facilities’ to provide the medical infrastructure for both Covid-19 sufferers and the tens of thousands of fans in attendance at Euro 2020. 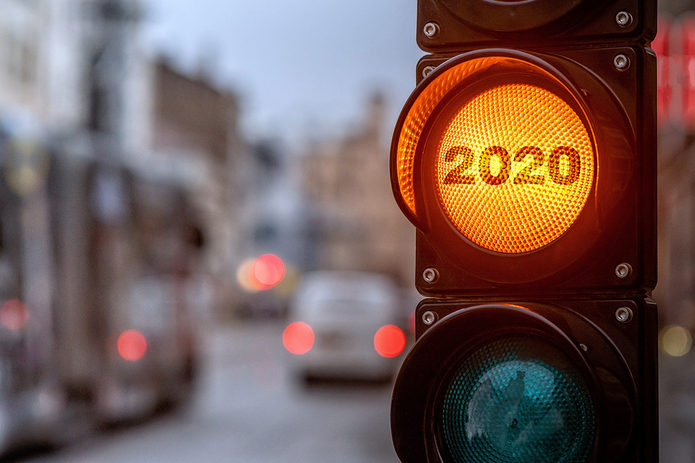 That is the million dollar question right now!

Some weeks in advance of the tournament, we still don’t know really know how badly the virus will take hold and for how long – are we talking weeks….or months?

If we look at the betting odds, the outlook is bleak. The bookies are trading at around the 4/11 mark for bets on the tournament not taking place as scheduled.

And we still don’t know whether major events as a whole will go ahead as planned even in the wake of the coronavirus outbreak; for example, the UK government is yet to place a blanket ban on mass gatherings despite a rapidly increasing caseload of patients.

There are reports that UEFA has been told by the WHO that the outbreak in Italy WON’T be brought under control by June 12, and that puts the matches involving the host nation in Rome in some jeopardy.

However, UEFA has spoken of its power to move matches if it deems necessary – Brussels has already been replaced as a host city after failing to meet deadlines in the building of a new stadium.

It’s not unfeasible that some matches in the worst-affected countries would subsequently be moved to cities where Covid-19 is less of a problem.

Could Euro 2020 Be Played Behind Closed Doors? 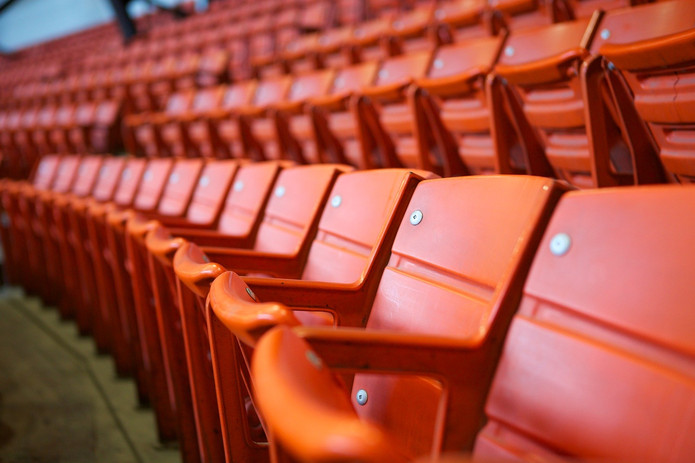 The solution to the coronavirus in many different countries has been to play games behind closed doors, which at least solves the issue of the virus spreading like wildfire in large crowds.

However, the bigger issue now is that players and coaching staff are starting to contract Covid-19. Three so far unnamed Leicester players have been put into isolation after showing symptoms of the illness, while the Arsenal players in quarantine may or may not have succumbed to the bug.

Elsewhere, Juventus’ Daniele Rugani has confirmed he has tested positive for coronavirus, so his Juve teammates will now spend time in exile, while the whole Real Madrid squad has been forced into quarantine after a Madrid basketball player – with whom they share a training complex – tested positive.

For context, over in the NBA one single Utah Jazz player has tested positive – and so now the whole competition has been suspended until further notice.

A statement from the Utah Jazz:

At some point, common sense has to come into play, and that dictates that simply playing games behind closed doors is not enough to stop the spread of Covid-19.

The only way, it seems, for football to get back on two feet is to suspend all action across the globe until it becomes clear and obvious that the spread is slowing down.

How long will that take? How long is a piece of string, but you would think it would be months rather than weeks – sadly, Euro 2020 now falls into the latter camp.

The European Championships are a carnival of football, and without people – i.e. the fans – the tournament becomes rather shambolic.

So why would UEFA want the tournament to go ahead behind closed doors? Well, it saves face to some extent and keeps the internationally-recognised schedule of tournaments on track, but the event would undoubtedly be the poorer for the loss of fan participation.

There really is no reason, other than financial, why they couldn’t postpone Euro 2020 for a year, and perhaps at this point that is the only sane course of action. 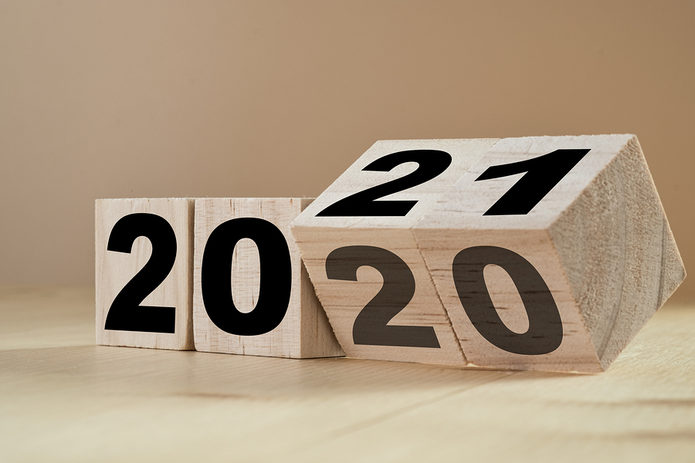 News reports emerging from Italian media firm Tuttosport suggested that the some major football associations had asked UEFA to consider postponing Euro 2020 for a year.

These have since been rejected by the governing body, who said in a statement that:

“…we did not receive a single request from national associations to postpone the tournament.”

However, one of the head honchos at UEFA – their vice-president Michele Uva – has claimed that moving Euro 2020 has come under consideration, but that they were waiting to see how bad the situation develops.

“We are monitoring country by country, and football must follow the orders of the individual countries. The sporting path will only be closed if the situation gets worse,” Uva said.

Previous Post: « Racehorse Doping: What Substances are Banned in Horse Racing?
Next Post: How Effective Will Cancelling Sports Events Be in Stopping the Spread of Coronavirus? »