Depending on whose definition you use, there are either 195 or 197 countries on planet earth.

There can’t have been many times when Belarus is blazing a trail around the globe, but right now they are leading the way in terms of sporting prowess – whether it’s actually a good idea or not.

At the time of writing, the Belarusian Premier League is the only professional football competition currently in operation – going against all of the advice out there.

Belarus is ranked 32nd as far as UEFA are concerned, and their world ranking of 87th places them in-between the mighty Haiti and Zambia.

But some fans will be familiar with the likes of BATE Borisov and Dinamo Minsk, who have played in the Champions League or the Europa League, and interest in the competition has grown exponentially with many of the leading bookmakers offering comprehensive odds for each Belarusian Premier League as well as live stream of all matches.

As part of their own broadcasting deals, some betting firms live streamed all of the top-flight games over the weekend, with Premier League organisers smart to schedule them all in their own two-hour time slot.

Their determination to continue has scored the Belarusian Football Federation a number of lucrative broadcasting deals with ten different countries, including Russia’s Match network and Ukraine’s Futbol 1, and this is the first time in history that Belarusian football has been shown outside of the nation.

And that increased visibility has had a knock-on effect to the betting industry too. According to a spokesman for Tabcorp, one of the leading gambling firms in Australia, niche sporting events still going on – football in Belarus, and basketball in Tajikistan and Taiwan – are proving to be big business, noting a 2,000% increase in betting activity.

There were six different games played in Belarus over the weekend, and the focus of football betting was squarely on the Eastern European nation. As one of the most respected football writers in Belarus, Yuri Dovnar noted:

“The funny thing about it all is that Belarusian fans have started to watch our football. Of course, everyone was watching English Premier League or Spain’s La Liga, which you can do for free in Belarus, and didn’t pay much attention to the local game.

“Now it’s all changed and our football surely benefits from it.”

Leading from the Front 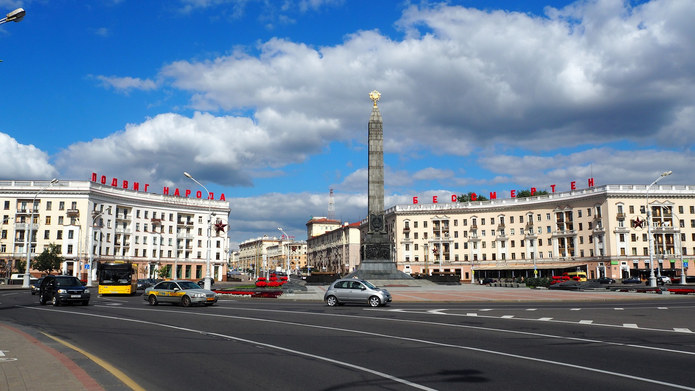 Belarus is a country with 9.5 million inhabitants, and at the time of writing they have been relatively unaffected by the recent global predicament despite the rather, erm, lax attitude of the country’s president.

Aleksandr Lukashenko, described as the ‘last dictator in Europe’, has grown something of a cult following after making a series of outlandish claims about how the current plight can be conquered.

He has claimed that drinking vodka, frequenting a sauna and working on a farm are all ways to stave off ill health, and that he has no desire to implement any form of preventative measures.

A known ice hockey fan, the president still plays for his local team and took in a game at the weekend.

Punters Still Getting On 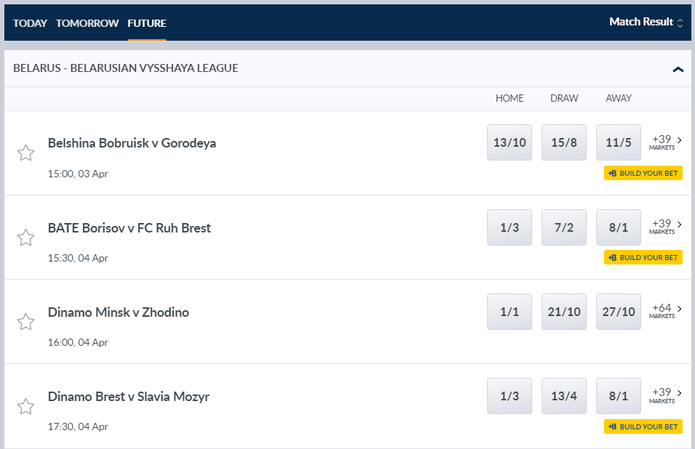 The ceasing of Irish horse racing has left most sports-based punters with absolutely nothing to bet on at the moment – with many feverishly anticipating the next round of Belarus Premier League fixtures.

Bookies have reported upturns for their virtual sports and casino platforms, but punters with an eye for value in traditional betting markets have had to cast their net wider.

Using Betfair Exchange data as a guide for how the bookies have been faring outside of the traditional sporting calendar, there is still clearly a demand for getting value bets on.

Politics has been on area that has enjoyed a considerable surge. The manner in which Donald Trump has handled the current situation has seen a wave of money wagered on the US Presidential Election market – more than £23 million has been matched and we’re still seven or so months away. Incidentally, Trump – who was odds-on to recapture his seat in the White House – has lengthened to 2.08.

Nearly £500,000 has been wagered on the likelihood of a recession in the USA – ‘Yes’ is sadly in as short as 1.09, and more than £120,000 has been spent on the identity of the UK’s next Prime Minister: the prospective next Labour leader Keir Starmer just ahead of the current chancellor Rishi Sunak.

From Belarus to the White House and 10 Downing Street, punters are still finding a way to have their say.

Previous Post: « How eSports Could Be Vital to the Betting Industry
Next Post: The Duckworth-Lewis Method: What Is It and Why Is It So Controversial? »