While the conclusion of the English Football League campaign is still up in the air, it seems that some kind of points-per-game measure will be used to determine who finishes where in the table.

And, on that basis, it would mean that Coventry City would return to the second tier of the game for the first time since 2012.

That could throw up the interesting situation of them taking on Birmingham City in the Championship – the team they currently share a ground with at St Andrews.

Whether that is a situation that continues into the 2020/21 campaign remains to be seen, but it will be a interesting dynamic when the two West Midlands club meet on what is mutual territory.

Would home advantage be wiped out in such a game? Judging on their FA Cup ties in January and February 2020, the answer could well be yes. The first game ended in a 0-0 draw, and in the replay the two sides were again locked together – this time at 2-2. Birmingham would go on to triumph in a penalty shootout.

So, here are some other teams in the same division that share grounds. Is home advantage eradicated when they meet? 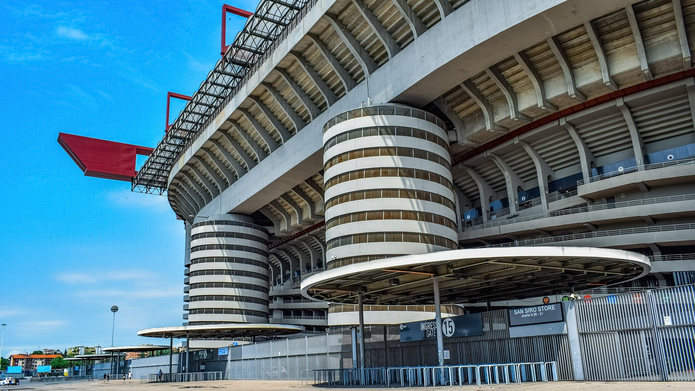 One of the oldest and fiercest rivalries in Italian football is exacerbated by the fact that the two protagonists – AC Milan and Inter Milan – share a home at the San Siro.

That is for the time being, at least, with a new home set to be built for the pair in the city in readiness for the 2022/23 season, but for now they will continue to lock horns at the San Siro – as they have since 1908.

The Derby della Madonnina, as it is known, based upon the towering statue of the Virgin Mary that overlooks Milan, is a rather hostile affair no matter who is the ‘home tea’ and thus given a larger proportion of the tickets.

So, perhaps we can conclude that while there is no difference in the home advantage rate for the Derby della Madonnina.

Another pair of Italian heavyweights that share a ground in Serie A are Roma and Lazio, who take it in turns to host games at the Stadio Olimpico in Rome.

Built in 1927, both Roma and Lazio moved into the Stadio Olimpico in 1953, and there have been 160 competitive matches between the pair at the venue since.

Based upon the Serie A averages, we can conclude that home advantage is slightly below the expected level in games involving Roma and Lazio.

Incidentally, if you like to have a flutter, here’s a stat that might be of interest: in the last 30 Roma vs Lazio encounters, there has been a crazy 20 red cards!

The Stadio Comunale Luigi Ferraris, sometimes known as the Stadio Marassi based upon the part of the city in which it can be found, has played host to Genoa since 1911 and latterly Sampdoria, who moved in for the 1946/47 season and have ever left.

Because they have occasionally occupied different divisions during that time, there are only 35 head-to-head matches between Genoa and Sampdoria to consider at Stadio Comunale Luigi Ferraris.

Of those, 13 have been won by the home team, 13 by the away and there’s been nine draws – so, the home advantage ratio in the Genoese derby is 37% – slightly lower than the Serie A average. 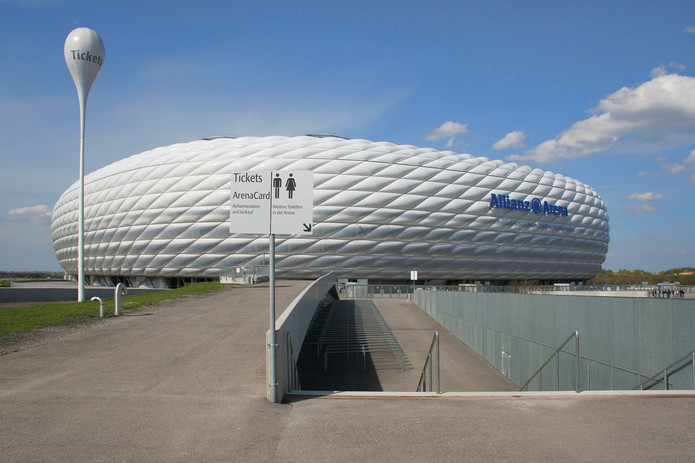 Since 2005, Bayern Munich have shared their voluminous Allianz Arena home with neighbours 1860 Munich.

The 75,000 capacity arena certainly offers plenty of perks to the home team – the atmosphere generated when Bayern are playing is incredible, and look at the impact it had upon 1860: for that inaugural 2005/06 campaign, their average attendance went from 19,881 to 41,673!

Sadly, that hasn’t been reflected in their performances on the pitch, and having spent much of that time in the lower reaches of German football 1860 have only played once against Bayern: a domestic cup game in 2008.

What followed was an extraordinary tie which featured two penalties and three red cards, with Bayern – the ‘home team – needing a 120th minute spot kick to spare their blushes against their plucky neighbours.

Based upon the evidence in this article, we can conclude that the home advantage is negated by a small amount in games between teams that share the ground.

Of course, we only have a tiny sample to work with the three ground shares in Serie A to work with (there is one other – Cercle Brugge and Club Brugge – in Belgium, but the latter are a much stronger side than the former and boast a healthy record against them). But the evidence suggests that sharing a ground is worth a small but evident amount to the ‘away’ team.

Perhaps that will offer food for thought for Coventry City when they take on Birmingham City in 2020/21….

Previous Post: « The San Siro’s Greatest Matches: Looking Back As Milan Prepares for Demolition of Legendary Stadium
Next Post: What Is The Shergar Cup and Why Has It Been Cancelled in 2020? »