Eddie Hearn, director of the Matchroom Sport brand, has become increasingly frustrated with the current sports suspension and how it prevents him from putting top-level boxing events on – and making money, of course.

And so he has come up with an ingenious plan to get his stable’s fighters back into action….

The 40-year-old is planning to host boxing events in the back garden of the house that he grew up in with sports promoter dad Barry and the rest of the Hearn family.

The property has since been transformed into the head office of Matchroom Sport, but Hearn has confirmed that there is space and resources for a full boxing card to be hosted, with a separate area for the Sky Sports TV cameras and a ‘backstage’ area for the fighters to go through their preparations prior to their ring walk.

The plans have been submitted to the British Boxing Board of Control, and if they give the concept the green light quality boxing could return to our screens as soon as July, with fighters expected to quarantine for a week in a nearby hotel, where a purpose-built gym is also in the pipeline.

Is somebody’s back garden the strangest venue for an elite-level sporting event? Perhaps, but then some of these contenders also take some beating. 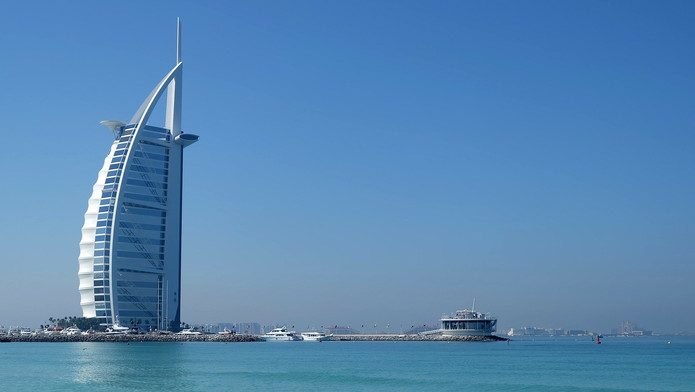 While not a professional match, there was still plenty of attention when Roger Federer took on Andre Agassi back in February 2005.

It was something of a publicity stunt of course – the Middle Eastern oil barons can finance pretty much anything, but both players still gave it their all in the most unusual of surroundings.

It’s the ball boys and girls you really need to feel sorry for…. 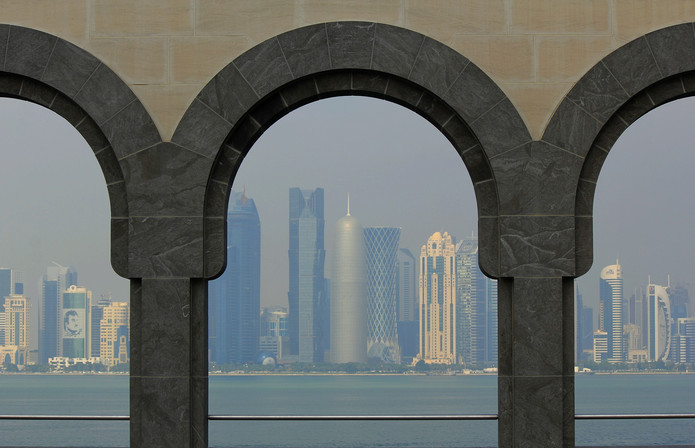 Old Roger will do anything to please in his role of global tennis ambassador (and lover of cold, hard cash).

Six years after his contest with Agassi up in the clouds, this time he was firmly on terra firma – well, sort of.

To promote the 2011 ATP season, the Swiss star and Rafa Nadal headed off to the Middle East once more for a publicity stunt, I mean, promotional campaign in which they played an exhibition match in the middle of the Doha Bay in Qatar.

You suspect there wouldn’t have been too many baseline rallies here given that the players were up to their knees in the sea…. 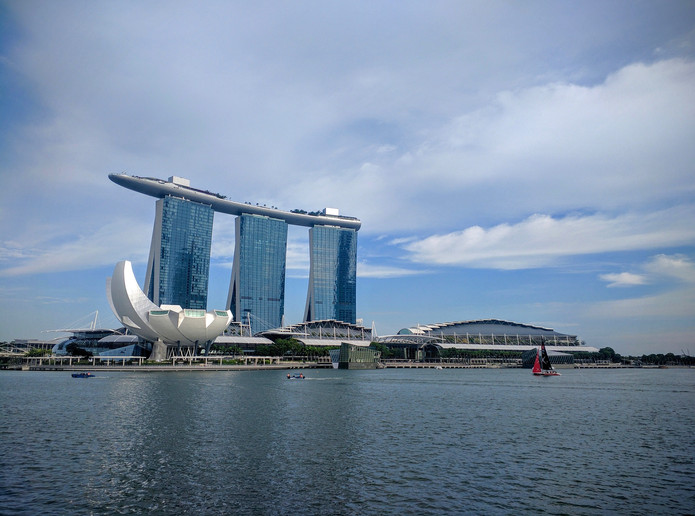 When Singapore’s National Stadium in Kallang was demolished, the country’s left-field thinkers thought up a unique temporary home while a new major venue was being built.

They gave the green light to what is thought to be the world’s first floating sports venue, which is big enough to welcome a full-size football pitch or Olympic-sized running track.

Sadly, professional football never saw the light of day on The Float due to safety concerns, but organisers of the Youth Olympics weren’t so discerning and the 2010 summer games were hosted on the ‘island’. 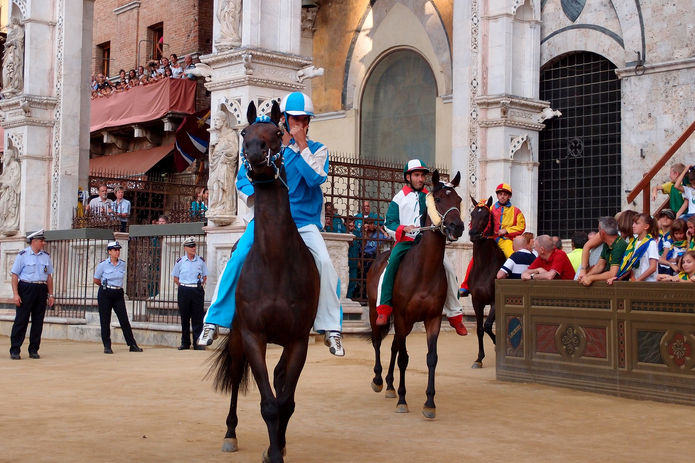 In honour of the Assumption of Mary, the patrons of the Italian city of Siena watch on as a horse race is held to commemorate the celebrated occasion.

The difference is that this is no ordinary horse race. Instead, the ten horses and jockeys, wearing silks that represent the colours of each of the city’s wards, do battle in the middle of the city centre, flanked by thousands of watching patrons.

The race lasts for three laps of the Piazza del Campo, and the typical time for the winner to complete the circuit is less than 90 seconds. Blink and you’ll miss this hair-raising white knuckle ride in which the crowd is barely 30cm from the horses travelling at top speed. 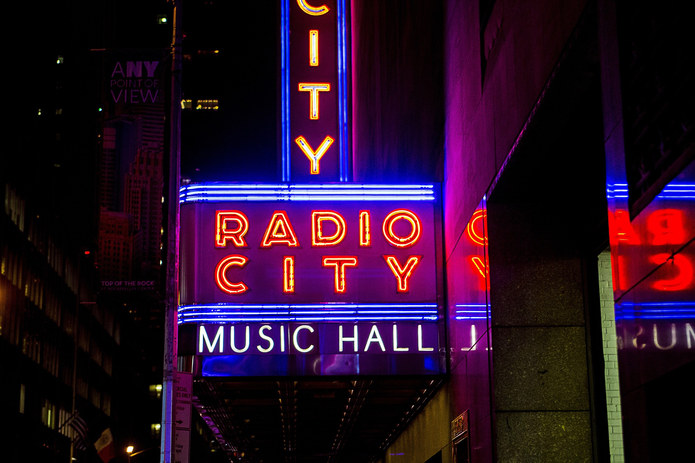 Like many music venues around, the Radio City Music Hall is a simple set-up with a stage upon which the performers deliver their art to the crowd sat in the terraces in front of them.

That’s fine for live music, but it doesn’t work quite so well for sport.

Nevertheless, that didn’t stop the women’s basketball side New York Liberty turning to Radio City when their normal home – Madison Square Garden – was co-opted by the Republican Party for their annual National Convention in 2004.

To say the spectacle was unusual would be something of an understatement, with the backdrop to the hastily laid court being a thick blue curtain. Moves in wide areas threatened the players with the fear of falling into the orchestral pit, too! 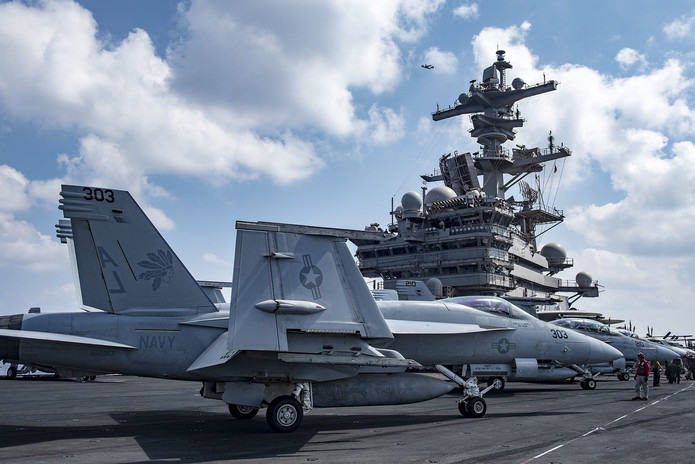 The NCAA, which is the high-profile college sport system in the USA, has a habit of hosting some of its events in weird and wonderful venues.

And in 2011, they took that to the next level when they hosted a basketball game on a docked military ship.

The USS Carl Vinson played host to the University of North Carolina against Michigan State, and with temporary seating erected more than 8,000 fans crammed onto the jetty – including Barack Obama, who was US president at the time.

Previous Post: « League Two Vote to End 2019/20 Season, How Will Promotion & Relegation Be Decided?
Next Post: What Do the German Bundesliga Match Stats Tell Us About the Return of Football? »