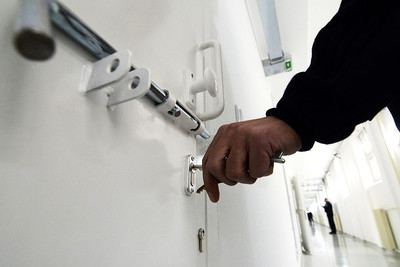 The truth is that we may never find out definitively what happened on Harry Maguire’s ill-fated holiday to Mykonos, although the reality is that he has escaped relatively lightly.

Even if an injustice has been served, the Manchester United will at least take some comfort in knowing that he has narrowly avoided a stint behind bars – he was instead handed a suspended sentence of 21 months and ten days for charges of bodily harm, violence against a police officer and attempted bribery.

Maguire has claimed that he his legal team will be making an appeal, but at the very worst he will be cleared to start the new Premier League season at the heart of United’s defence.

Others, in the past, have not been so lucky, and whether on summer holidays, pre-season tours or on domestic soil they have run into trouble and fund themselves serving time at her majesty’s pleasure.

So here’s a rundown of just some of the footballers that have been in prison for all manner of offences. 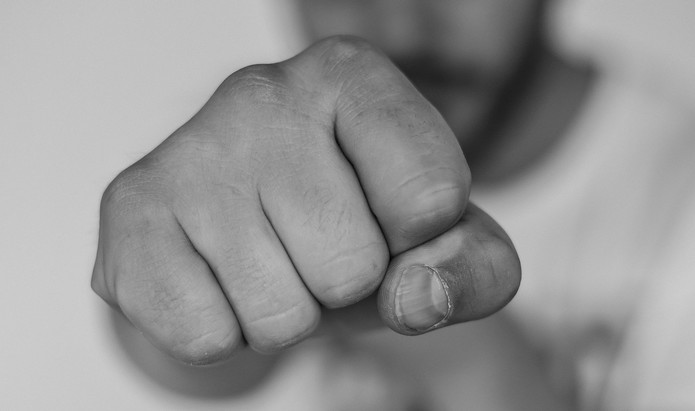 Harry Maguire isn’t the only professional footballer that has a history of violence – allegedly – to his name.

Joey Barton served not one but two spells in prison for assault and affray; the first after a night out in Liverpool, and the second after he gave former Manchester City teammate Ousmane Dabo a bit of a pasting – the Frenchman was left in a bloodied heap following the altercation with the midfielder.

Can you remember when Eric Cantona kung-fu kicked a Crystal Palace fan in one of the most extraordinary scenes ever witnessed in English football? He was sentenced to 14 days in prison for that, but was released after just 24 hours and made to serve community service instead.

Hard men like Vinnie Jones and Duncan Ferguson cemented their reputations on the pitch with a series of no-nonsense tackles, but they were living the life on their own terms as well – the former’s sentence was reduced to community service, while the latter served three months in jail.

Bristol City trio Steve Brooker, Bradley Orr and David Partridge served between 28 days and two months for their attack on a nightclub doorman.

We could dedicate a whole section to journeyman striker Marlon King.He was twice fined for separate charges of assault while at Watford and Gillingham, was sentenced to 18 months – reduced to five on appeal – for handling stolen cars, and served another 18 month term for sexual assault while on the books of Wigan Athletic.

Gary Charles, twice capped by England, was perhaps best known for being the player that Paul Gascoigne tried to snap in two early in the 1991 FA Cup final – the only thing Gazza managed to snap was his cruciate knee ligaments.

And Charles had something of a difficult time immediately after retiring from the professional game, serving 12 months for assaulting a woman in Derby to go with a list of other offences which included ABH, drink driving and removing an electronic tag to enable him to go on holiday.

Behind the Wheel – Drink Driving and Other Motoring Offences 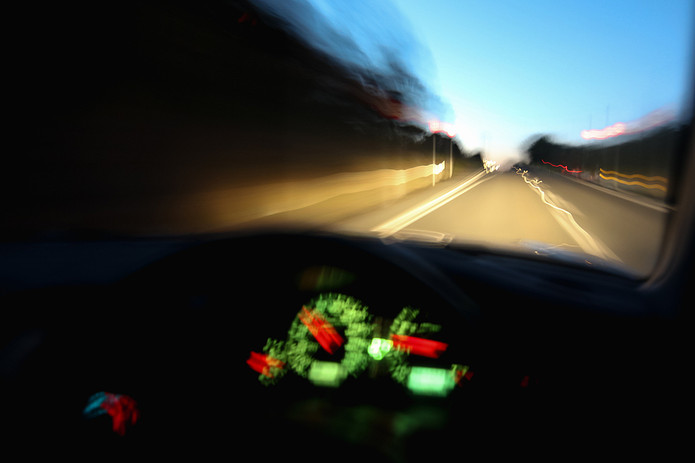 Despite his genius on the pitch, there was always a tinge of sadness about George Best and his seemingly never-ending battle with alcoholism.

The Manchester United legend almost inevitably found himself being pulled over one evening for reckless driving, and it was apparent that he had been drinking excessively. To make matters worse, Best then assaulted the arresting office and then failed to answer his bail requirements. He was jailed for three months.

Former Blackburn Rovers and Ipswich Town defender Gary Croft can lay claim to a world first – he became the first professional footballer in history to play in a game while wearing an electronic tag, which was a punishment dished out after he was found guilty of driving while disqualified and perverting the course of justice. Under the terms of his tag, Croft was under curfew from 7pm onwards, meaning he was unable to play in evening matches.

Mads Timm was a promising young talent with the world at his feet at Manchester United, but a moment of madness in which he decided to race teammate Callum Flanagan around the city at high speed soon ended that. The resultant crash saw two innocent bystanders injured, and Timm was sentenced to 12 months in a young offender’s institution.

And then there are the dangerous driving charges that have permanent, awful consequences. Both West Brom striker Lee Hughes and Plymouth goalkeeper Luke McCormick were at the wheel in crashed which killed people. Both served time for causing death by dangerous driving, with the former locked up for six years and the latter for seven-and-a-half years.

Patrick Kluivert, the former Ajax and Netherlands frontman, faced a similar charge, but his punishment was downgraded to 240 hours of community service. 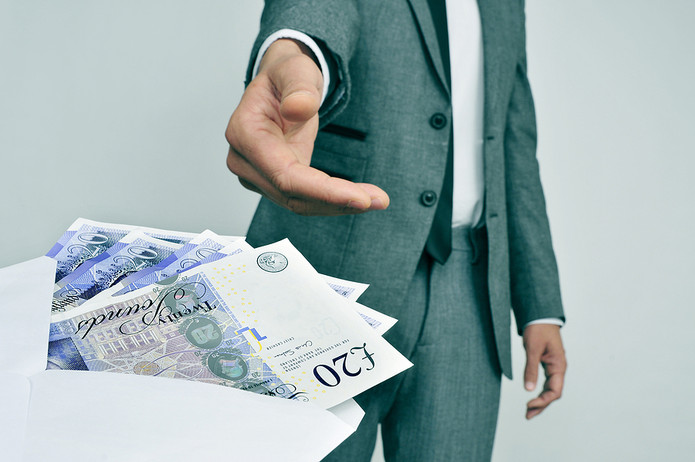 While most cases in this list refer to criminal law, there are civil crimes to answer to as well and match fixing – under the banner of fraud – falls under that category.

One of the most famous instances of match fixing came back in 1964 when Jimmy Gauld, the ringleader of a match fixing operation, managed to convince dozes of his fellow pros to bet on the outcome of rigged games.

The former Swindon and Mansfield Town player convinced a number of colleagues to throw matches and set up his own betting syndicate, only being found when an undercover journalist caught wind of the scandal.

In the end, 33 players faced charges of fraud, and ten of those were subsequently banned from football for life. Gauld served four years in prison, while the likes of Peter Swan, Tony Kay and David Layne were handed four-month sentences.

Sadly, match fixing has not been isolated to that incident. Former semi-pro player Michael Boateng was the frontman for a plot to fix non-league games in 2014, and he and former Premier League striker Delroy Facey were imprisoned for their efforts.

And it’s not just players that get caught up in match fixing. In 2005-06, Italian football was rocked by a bribery scandal, and as part of the investigation which saw Juventus forcibly relegated the club’s director, Luciano Moggi, received a five-year prison sentence, while senior staff at Fiorentina, Lazio and AC Milan also served time for their part in the plot.

And if that all sounds too much hassle, why not just print out your own money instead? That was the charge that saw Mickey Thomas, who had scored an outstanding free kick for Wrexham that dumped Arsenal out of the FA Cup in 1992, imprisoned for counterfeiting barely a year later.

Lewd Behaviour and Running a Brothel 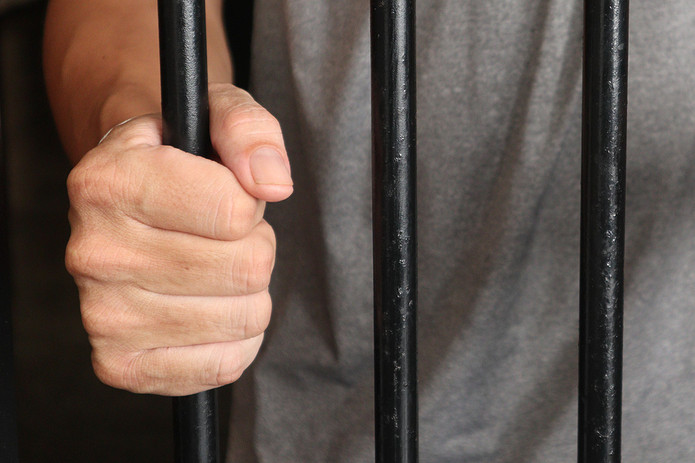 Younger readers might not remember Peter Storey, the Arsenal stalwart of the 1950s who won 12 caps for England.

When his football career ended it’s fair to say that Storey’s life went off the rails for a while, as his exotic assortment of criminal charges attests: running a brothel, smuggling pornographic movies, car theft and counterfeiting. He served more than five years in prison for his offences.

Those sexual charges are obviously pretty light compared to the rape trials of Ched Evans and Adam Johnson. Evans served five years of his sentence before being acquitted of all charges in a retrial, while Johnson was released in 2019 after serving five years for sexual contact with an underage girl.