In September, Serena Williams will have a chance to equal Margaret Court’s record of 24 grand slam victories – a truly remarkable achievement.

I’s an accolade she’s been hunting since 2017, and since returning to tennis after the birth of her first child Serena has reached four major finals – losing the lot. Ironically, her last grand slam title – the 2017 Australian Open – came when she was actually pregnant with Olympia.

The US Open may offer her best opportunity to yet to break the curse, with three of the world’s top ten women’s tennis players opting not to travel to the States – world number one Ashleigh Barty, Elina Svitolina and Kiki Bertens, meanwhile Wimbledon champion Simona Halep has said that she may not yet travel and Caroline Wozniacki has retired.

There are those detractors who suggest that parenthood might have taken the edge from Serena’s game, and while it’s uncouth to speak of a lady’s age it should also be noted that she isn’t getting any younger either.

So can she equal Margaret Court’s record at Flushing Meadows? Serena can certainly take inspiration from these female superstars who took time off to become a mum before returning with a bang on the biggest stage.

Perhaps the ultimate inspiration for Serena will come from an opponent she has faced countless times on the other side of the net.

Kim Clijsters was a world number one and a US Open champion when she decided to retire from tennis at the age of 23 in order to start a family in 2007.

She became a mum and had two years away from the sport, appearing occasionally as a popular pundit.

An opportunity to play an exhibition match for the grand unveiling of Wimbledon Centre Court’s new retractable roof saw the Belgian dust off her racket in 2009, and it must have fired something in her – she wanted a comeback.

The amazing story was completed by Clijsters winning the US Open twice more and the Australian Open as well – an extraordinary comeback indeed.

When you’re the best heptathlete in the world, you need to be fast, strong and ultra-versatile.

Jessica Ennis-Hill was all of those things when she became an Olympic gold medallist on home soil, but after announcing her pregnancy with first son Reggie many wondered is she could return to the top of this most physically-demanding sport.

Any such concerns were assuaged when the Brit won the gold medal at the World Championships in 2015 – just nine months after returning to training.

Ennis-Hill has admitted that she found the return to full time training difficult; so much so that she considered retiring altogether. After climbing the podium at the Worlds, she’ll be glad she persevered.

For any ladies who are finding it hard to get back into their exercise routines after pregnancy, maybe Paula Radcliffe can act as inspiration – or jealousy-driven envy perhaps.

It’s an extraordinary achievement just to jog around the block after pregnancy, let alone winning one of the most prestigious marathon races on the planet! 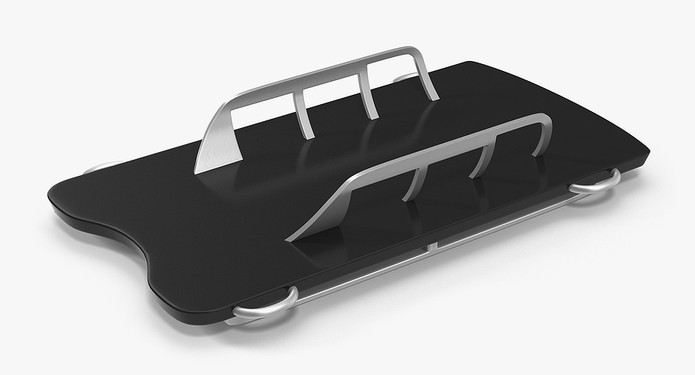 The experiences of Shelley Rudman perhaps expose the darker side of new mums trying to get back to the top of their sport.

The skeleton star won a silver medal at the 2006 Winter Olympics, and after taking time away from the dangerous sport to give birth to her first child, Rudman planned on returning to the ice.

But her return was accelerated due to the demands of UK Sport and according to their Athlete Performance Award, which provides funding for ‘out of action’ performers. However, Rudman was in danger of not being supported as her APA payments began to dry up.

“In December I was called into a meeting to say I needed to hit my return-to-performance targets – one of which involved a three single-leg hop [test] – to then be part of the squad again and be fit to compete,” Rudman said in interview.

“Then I was given race targets for January so that was a new dynamic. That changed, that wasn’t in the plan.

“You’re a new mum, you want to be with your child, but at the same time the goalposts have changed and now you’re having targets put on you to perform and you’re not ready for them.”

Perhaps using the situation as fuel, Rudman went on to have her best year in the sport, winning the gold medal in the World Championships and also triumphing in the World Cup.

Swimmer Dana Vollmer is famous in world sport for competing in the Olympic trials back in 2000 at the sprightly age of 12.

Her breakthrough came at the 2004 Games where she won her first gold medal, and then in 2012 she set a new world record on her way to gold in the 100-metre butterfly.

Vollmer didn’t want to put off motherhood and so she and her partner welcomed a baby boy in March 2015, but the competitive spirit still burned inside and so she returned to the pool – qualifying for the US team for the 2016 Olympics.