The current fastest man on the planet, Christian Coleman, will be banned from competing in the Tokyo Olympics after failing to provide a drugs test on three separate occasions.

The 24-year-old, who won the 100m gold medal at the 2019 World Championships, has been banned from competing for two years – meaning he will miss the rescheduled Olympic Games for which he was favourite to clinch gold once more.

The Athletics Integrity Unit (AIU) has put in place a series of testing guidelines that include an athlete being at a previously agreed location at a specific time for a test – they then have an hour to take their test before it is chalked up as a missing sample.

The AIU runs a ‘three strikes and you’re out’ style policy, and Coleman has now missed three different agreed dates to provide a sample.

And while there is no indication that he has ever taken a banned substance, the rules dictate that he must now be banned for two years for an ‘entirely careless, perhaps even reckless’ approach to testing – a decision that Emanuel Hudson, Coleman’s legal representative, will now appeal to the Court of Arbitration for Sport (Cas) about.

How a Trip to Walmart Ended Coleman’s Olympic Dream

Christian Coleman missed three ‘whereabouts’ tests in 2019 – earning him an automatic two-year ban which has finally been confirmed by the AIU.

Missed tests in January and April left the 24-year-old with one last chance, and an extraordinary set of circumstances unfolded that meant Coleman’s plans to appear at the Tokyo Olympics were scuppered – and all for a trip to Walmart.

Coleman claims to have been out at the supermarket buying Christmas presents when the doping control officers called at his home, but as is protocol they waited outside for the full hour – ringing the doorbell every ten minutes.

But Coleman did not return and was not seen for the duration of the hour, according to the officials, even though the sprinter himself claims he was home.

There are allegations that Coleman’s receipts from his shopping trip – with items purchased at 19:53 and 20:22 – confirm he was out for the appointed hour of 19:15-20:15, although the 60m indoor world record holder claims he was home watching a game of American football at 20:15.

In his defence, Coleman has reiterated his innocence on social media, stating that he would be ‘…willing to take a drug test every single day for the rest of my career’ in order to prove his innocence. 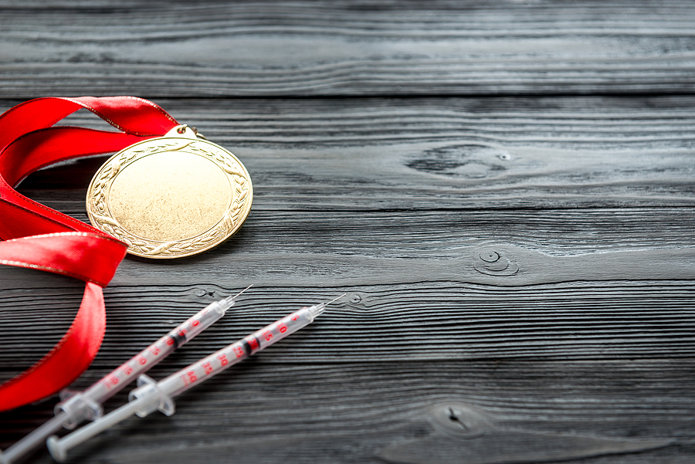 Aside from Usain Bolt and a handful of others, it is a tremendous stain on international athletics that so many 100m Olympic and World Championship medallists have later been revealed as drug cheats.

The 100m is an event where every single sinew and hundredth of a second counts, and with the margins so fine you can almost understand why some ill-informed athletes might seek to find an edge.

But doping in any form is simply unacceptable, and it’s a crying shame that the famous sprint race has been tarnished by so many cheats.

The trend, for want of a better word, was started by Ben Johnson at the 1988 Olympics in Seoul. The Canadian won the 100m and posted a world record time into the bargain, but he later tested positive for the banned substance Stanozol.

Johnson maintained his innocence, claiming his drink was spiked, but he was stripped of his gold and five years later, after returning to competitive action, he once again tested positive for steroids. He was subsequently banned for life.

In 2000, Marion Jones had her 100m, 200m and her long jump medals rescinded, and at the Winter Olympics of 2006 the Jamaican 100m relay team were stripped of their gold when Nesta Carter tested positive for steroids.

That same fate befell the U.S. relay team at London 2012 when Tyson Gay – the second fastest sprinter of all time, barring his cheating – was found guilty of doping.

Incidentally, the World Championships isn’t short of drug shame and it was Johnson, ever the innovator, who was the first to test positive for a banned substance back in 1987.

In the noughties, Tim Montgomery and Marion Jones were stripped of their silver medals after their coach, Trevor Graham, admitted his part in the BALCO scandal, which also implicated Kelli White and Dwain Chambers.

Shockingly, only three men’s 100m world champions – Bolt, Donovan Bailey and Maurice Green – haven’t been implicated in a drugs scandal during their career. Legends such as Linford Christie and Carl Lewis have ever been able to prove their innocence, while Justin Gatlin – the new favourite for gold in2021 – has twice been banned for testing positive for testosterone supplements.

Here’s an amazing stat: of the 50 fastest men’s 100m times in history, only 15 have been recorded by an athlete not implicated in a doping scandal in any way. All 15 were run by Usain Bolt.

If we take the fastest sprinters in history based upon their personal best time, this is also the scandalous look that the ‘league table’ would have:

If your grandkids ever ask you who the greatest athletes in history are/were, be sure not to forget Usain Bolt – a man who is still two tenths of a second faster than any other athlete ever who has a clear doping record to their credit.

Previous Post: « Oh Brother! Ranking Football’s Greatest Sets of Siblings
Next Post: Maradona at 60: The Life and Times of One of Football’s Most Mercurial Stars »