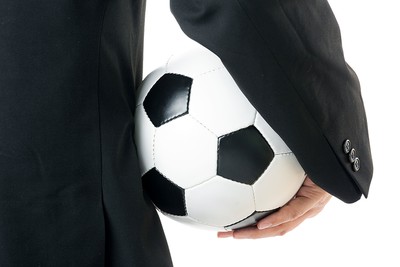 There was much sadness when it was announced that Gerard Houllier had passed away in December 2020.

The Frenchman leaves behind an awesome legacy in management, having guided Liverpool to five major trophies in his spell at the club including a Europa League, FA Cup and League Cup treble in 2000/01.

Tributes have poured in from the great and the good, and it was noticeable that many commented on Houllier’s personal attributes as well as his managerial nous. Former Reds goalkeeper Chris Kirkland said to the BBC:

“He was a special man, it wasn’t just about football, it was about a human being too. His door was always open. He had this warm feeling about him which, when you were talking to him, made you feel a million dollars. He will be really sadly missed.”

“….devastated to hear the news that our former manager Gerard Houllier passed away. Great manager and an even better man.”

What makes Houllier’s achievements in the game all the more remarkable is that he had no playing career to speak of. Described as an ‘enthusiastic’ player, he never ascended beyond the amateur ranks in his native France, and after moving to Liverpool to embark on a career as a teacher he played for local side Alsop.

Surprisingly, Houllier’s ascent from nondescript player to major-winning manager isn’t all that uncommon, as this rogues gallery of gaffers who have enjoyed success in the Premier League despite their lack of expertise as a player attests.

The poster boy for bang-average players becoming trophy-laden managers is Jose Mourinho, who was from being the Special One in his playing days.

Although his father won an international cap for Portugal, Mourinho himself was a youth team player at local sides like Belenenses and Rio Ave in the Portuguese Primeira Liga, but lacked ability and was never offered a professional contract.

His mother enrolled the young Jose into business school, but he dropped out after just one day and instead began a sports science degree in Lisbon.

Jose then took on minor coaching roles, but his big break came when he began work as an interpreter for Bobby Robson initially at Sporting Lisbon before moving with him to Porto. In typical fashion, Mourinho impressed the legendary former England boss with his drive and determination, and soon Jose found himself on the coaching staff at a Porto side which dominated Portuguese football.

When Robson moved to Barcelona, Mourinho joined him at the Nou Camp and also worked with the Englishman’s successor, Louis van Gaal. In 2000, the opportunity emerged for Jose to take the helm at Benfica….20 years later, he is a two-time Champions League winner, a Europa League champion and has won league titles in four different countries.

While he didn’t enjoy the best of times as a manager at Chelsea, and while he lasted less than 18 months at Tottenham despite enjoying a win ratio of 55%, Andre Villas-Boas’ story is remarkable.

Here’s a guy that didn’t play football at any level higher than a park kickabout, and his entry into coaching began as young as 16. He found himself living in the same apartment complex as Bobby Robson, who would help Mourinho get his break in the sport. After a conversation, the young Villas-Boas managed to score himself a job in the Portuguese club’s analysis department.

He did his coaching badges and was a UEFA A licence holder by the time he turned 19, and it wasn’t long before he was the technical director of the British Virgin Islands’ team (nice work if you can get it) before becoming the number two to another average-player-turned-manager, Jose Mourinho.

Villas-Boas followed the ‘Special One’ from Porto to Chelsea and Inter Milan, before becoming a head coach in his own right at Academica in his homeland.

He has managed those two English clubs plus Porto, Zenit St Petersburg, Shanghai SIPG and current employer Marseille, winning domestic titles and cups in Russia and Portugal and the Europa League with Porto.

Nicknamed ‘The Scientist’ when he was first appointed Arsenal boss thanks to his attitude to nutrition and sports science, Arsene Wenger was treated as something of an oddity in his early days at the Gunners.

He soon won his players around, however his own playing days were less than illustrious to say the least.

The gangly Wenger played for local club FC Duttlenheim in his early days, and because the side was without a coach or manager the bespectacled Frenchman took it upon himself to lead training sessions despite being just a teenager.

Wenger played amateur level football with Mutzig, largely due to the fact he was expected to take over the running of the family’s automotive business. But instead he turned to education, reading in medicine, politics and economics.

Wenger all but retired from football at the age of 28, although he did appear in a UEFA Cup game for RC Strasbourg while coaching the youth and reserve teams.

His first role in management came in 1984 at Nancy, where he spent three years before taking the top job at Monaco. He won the Ligue 1 title there, and that would lay the foundation for his subsequent move to Arsenal, where he won three Premier League titles and six editions of the FA Cup.

Previous Post: « Copa Libertadores: What Is It and How Can You Watch It?
Next Post: What Is The Bosman Ruling and Who Is the Best Bosman Signing Ever? »