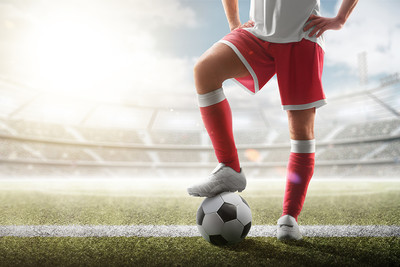 Improved performances and results have put a bit of metaphorical lead in the pencil of Arsenal fans right now, and they will be particularly interested to see how new loan signing Martin Odegaard fits into Mikel Arteta’s plans after moving to the club from Real Madrid.

The Norwegian international has long been touted as a star of the future, and at 22 he’s hardly an old man now, but there is a sense that Odegaard’s early promise is giving away to a ‘now or never’ feeling for a player continually rejected by Madrid boss Zinedine Zidane.

He made his professional debut at 15 for Stromsgodset, scored his first senior goal shortly after and soon was called up to the Norway squad while his friends were studying for their exams.

A headline-making move to Real Madrid followed in 2015, but here’s the thing: he’s still only made eight appearances for the Galacticos in the six years that have followed. Instead, loan spells at Heerenveen, Vitesse, Real Sociedad and now Arsenal have given Odegaard his taste of regular first team football.

So will it click for the Norwegian in London, or will he be sent back to Madrid at the end of the season and await his fate once more?

If it doesn’t work out for Odegaard at Arsenal, he looks set to join this list of wonderkids who have failed to live up to their early billing.

He was supposed to be the catalyst for the boom in soccer in the United States – quite lofty ambitions for a 14-year-old to shoulder.

After notching four times at the Under-17 World Cup in 2003, Freddy Adu was primed for the big time, and even Sir Alex Ferguson was captivated by the youngster – handing him a trial at Manchester United three years later.

But it never seemed to click for Adu as he matured from a boy into a man, and his career reads like a map drawn up by a gap year student – stints in Greece, Portugal, Turkey, Serbia and Finland followed, and he never truly shone in any of them.

Now aged 31, Adu was last seen playing for the Las Vegas Lights in lower league football in the US.

A Brazilian specifically signed by Barcelona as an asset to be sold for profit at a later date – former president Joan Laporta admitted as much, Keirrison would never go on to be the cash cow that he was hoped to be.

He scored goals for fun in his native Brazil, becoming the youngest player in history to finish top scorer of the Serie A, and after notching 24 goals in 36 games for Palmeiras he was one of the hottest properties in world football.

The ‘new Romario’ signed for the club at which the legendary Brazilian thrive on a five-year deal for a fee of around £10 million, and….well, that was as good as it got.

Pep Guardiola, the then Barca boss, told Keirrison he had no place in his squad, and after loan spells at Benfica and Fiorentina he quietly headed home to Santos, where his career was never the same again.

Devastating injuries and mental health issues, rather than a lack of talent, ultimately led Sebastian Deisler to fail to live up to expectations as the next German superstar.

Breaking through the ranks at Borussia Monchengladbach, Deisler soon secured a multi-million pound deal at Hertha Berlin, subsequently breaking into the Germany national side at the age of 20.

But two serious knee injuries, including a torn cruciate ligament, significantly hampered his progress and triggered the depression that Deisler would speak so openly about at the end of his career.

The true end of his run came when, after signing with Bayern Munich, he was tasked with replacing Michael Ballack in midfield. But another torn knee ligament saw him miss many games and fail to make the German squad for World Cup 2006, and a year later he admitted defeat and retired from football.

We all know about a certain L. Messi that graduated from Barcelona’s famed La Masia academy.

But did you know that there was a fellow student at the time that was more highly rated? Giovani dos Santos joined La Masia at the age of 13, and by 17 he was part of the senior Barcelona squad and soon to be called up to the Mexico set-up.

He fancied the bright lights of London, and so joined Tottenham in the summer of 2008 – and that was where it all began to fall apart for the fleet-footed forward. A love of the nightclub scene drove then Spurs boss Harry Redknapp potty, and he ended up being shipped out to Ipswich Town as a punishment.

Spells at Galatasaray, Mallorca and Racing Santander failed to recapture the spark, and Dos Santos headed for Los Angeles with his tail between his legs.

He showed glimpses of his undoubted class in the MLS, and today he is back in his native Mexico playing for Club America.

Can you remember when Chelsea were handed a transfer ban in the mid noughties? They were given that primarily because they were so desperate to sign Gael Kakuta.

After the alleged ‘tapping up’, did Kakuta live up to expectations at Stamford Bridge? Well, you probably know the answer given his inclusion on this list.

He joined, pause for breath, Fulham, Bolton, Vitesse, Dijon, Lazio and Real Vallecano on loan while on the books of the Blues, but he never really showed any of the ability that he hinted at as a youth team player at Lens.

Kakuta went off to make his fortune with, ironically, Hebei China Fortune, before spells at Deportivo and Amiens. In a nice twist, he’s now back at Lens on loan from Amiens.

Previous Post: « Premier League Manager Statistics: From the Longest and Shortest Reigns to the Most and Least Successful
Next Post: What Are the Most Bet Upon Sporting Events in History? »