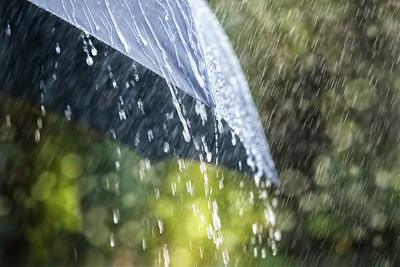 The Great British winter is cold and wet – that’s a given.

The science boffins believe that while winters are likely to get milder in the coming years due to global warming, there will also be an increase in rainfall – and that could affect the horse racing schedule throughout the winter months of the year.

In customary 2020 fashion, the tailend of last year was besieged by bad weather brought about by Storm Bella, with a series of high-profile meetings unfortunately postponed or abandoned altogether.

The Welsh Grand National was the biggest casualty after a whopping 127mm of rain fell on Chepstow in the build-up to the Aintree Grand National primer. That flagship renewal had to be rescheduled from December 27th to January 9th.

The traditional New Year’s Day meeting at Cheltenham also had to be scrapped due to significant rainfall, with the much hyped Paddy Power Millionaire Chase moved to Trials Day at the venue in late January and the Relkeel Hurdle rescheduled for January 9th at Kempton – a meeting that had already been revised due to a prior abandonment.

Up and down the land and across the UK and Ireland meetings had to be cancelled, and so a key source of revenue for the racing industry was lost to the elements.

So why do horse races get abandoned? What is the difference between heavy and waterlogged ground? And is there a solution that could save the sport’s festive festivals in the future?

What is Heavy Ground in Racing? 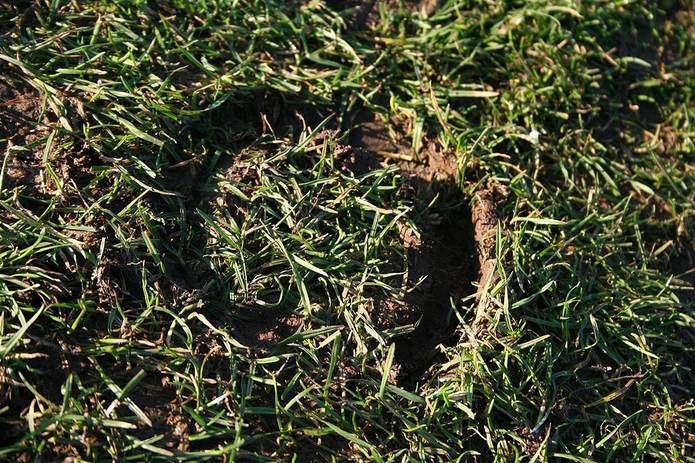 As you may be aware, prior to a race meeting the clerk of the course will walk the track with their ‘GoingStick’ and, based upon the amount of moisture present in the ground, declare the ‘going’ that the runners and riders will experience.

This can range from firm ground, which is typically the case in the drier summer months, all the way through to the heavy ground often experienced in the winter.

Heavy going, as the name suggests, is where significant rain has soaked into the ground, and as a race meeting unfolds the surface will be churned up by the horses doing their best to secure a win. Grass turns to mud, and the going is described as heavy in such instances.

These boggy surfaces tend to appeal to some horses more than others, which is why punters look to back those with proven form in such conditions as races become a real slog and battle of staying power.

While heavy going is a concern if further rain falls during the meeting, there is no reason for a racecard on heavy ground to be abandoned. However, you will notice an increased number of non-runners in such conditions, as trainers and connections will not want to risk their horses who are not suited to the going on boggy ground.

What is False Ground? 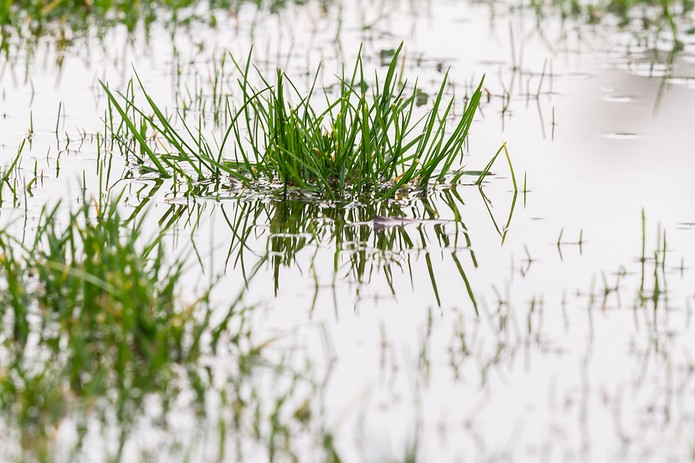 The clerk of the course’s announcement of the going is a sort of blanket take on the overriding firmness of the surface.

However, a racetrack – and especially those which have experienced lots of rain – can suffer from ‘false ground’, which is where patches of the course are a lot softer or where there is standing water. The definition of false ground can also be extended to divots and other obstacles in the surface that can be extremely dangerous.

When false ground is revealed, in the vast majority of cases a meeting will be cancelled to protect the welfare of all involved.

It goes without saying that some British racecourses are more susceptible to waterlogging than others.

Location is key, and courses which are found near rivers are – obviously – more likely to see meetings abandoned when higher-than-normal levels of rain fall. Worcester is one such example given its proximity to the River Severn, while further east Nottingham’s racecourse is flanked on one side by the River Trent. Bangor-on-Dee, as the name suggests, has its going informed largely by whether or not the nearby River Dee has burst its banks.

But all racecourses are vulnerable to the weather, and in the first quarter of 2018 some 60 fixtures had to be abandoned – compared to just 16 in the whole of 2017. Ultimately, heavy rain can strike anywhere!

Could Artificial Surfaces Minimise the Number of Abandonments? 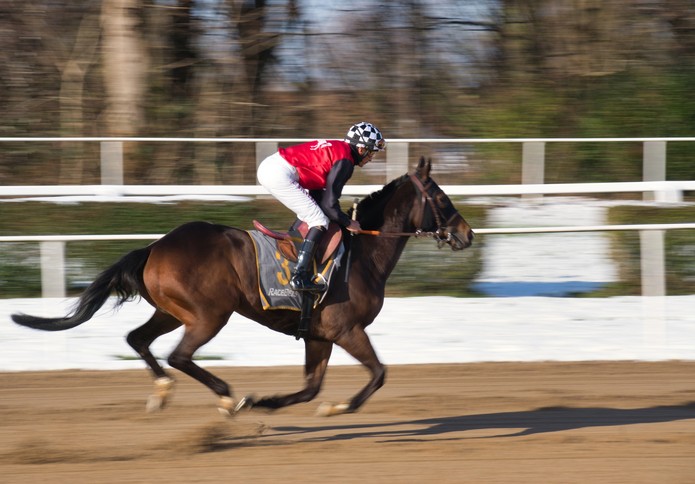 We can split UK and Irish racecourses into two camps – turf and all-weather.

Some venues have both a grass and an all-weather track made up of a Fibresand or Polytrack surface, and the latter allows racing to take place in some conditions in which turf tracks might be deemed unraceable – however, despite the name, ‘all weather’ courses can still be subject to waterlogging, freezing and abandonments.

The other issue is that it is simply not safe to host hurdles and jumps races on the less forgiving all-weather surfaces, and so there is a genuine problem for the BHA to overcome in protecting the National Hunt calendar on turf.

Artificial surfaces at Southwell, Wolverhampton and Lingfield are less prone to abandonments, it must be said, although they do still suffer such a fate, and so there are still lessons to be learned.

Until the costs of installing all-weather tracks are reduced, and a material is found that allows for safe jumping, it seems unlikely that artificial surfaces will become more widely used in horse racing any time soon.

Previous Post: « The Shortest Ever Football Managerial Reigns: Where Does Tony Pulis’ 45 Day Sheffield Wednesday Tenure Rank?
Next Post: Liverpool or Manchester United – Which Is the Most Successful Club? »