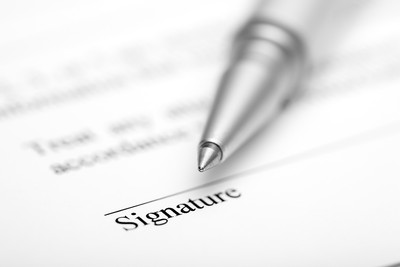 Since the Bosman Ruling came into force a good few years ago now, professional footballers have never wielded as much power as they do now.

It’s true to say that contracts are barely worth the paper they are written on in the beautiful game, but even so it can still take a hefty offer to persuade a star name to leave their current employer whilst they are under contract – when they are not, of course, it becomes open season.

In the summer of 2021, the stars will align as a surprisingly large number of worldwide names are out of contract and will, presumably, leave their current clubs – assuming they aren’t using their position as a bargaining chip ahead of contract negotiation talks, that is.

There’s a stack of players who are big business on and off the pitch that will be looking to potentially move clubs this summer, so could any of this list of out-of-contract stars be heading to your favourite team in 2021?

It seems unthinkable that Lionel Messi won’t end his career as a ‘one club man’ at Barcelona, with his current deal coming to an end in the summer.

The Argentine reportedly wanted to leave the Nou Camp in the summer of 2020 but was persuaded to sign a one-year extension, however with Barca struggling to assert themselves in La Liga and the Champions League it seems increasingly likely the 33-year-old will leave Spain this year.

The stumbling block might just be his terms, because it has been reported that any potential suitor will need to fork out in the region of £100 million a year just to have Messi sign on the dotted line.

Manchester City and PSG have been mentioned as possible destinations, but with money tightening in the MLS and new wage caps in China there may only be one or two options for Messi to explore.

He’s won it all with Real Madrid, but at 35 it looks like it might be time for Sergio Ramos to seek pastures new.

The central defender has played nearly 700 games for the Galacticos and will rightly be remembered as a legend at the club, but it seems as though Zinedine Zidane has decided that an extension to his contract will not be offered.

Ageing defenders tend to do pretty well in Serie A, so Juventus, Inter Milan and co might be potential destinations, although Ramos himself would love another year in Madrid you suspect.

It’s hard to remember a time when Sergio Aguero wasn’t banging in the goals for Manchester City.

He has been a central figure in City’s rise to the top of English football, although a failure to win the Champions League with the Mancunian outfit will surely always rankle with a man whose goal-to-game ratio is as good as anybody’s in the game.

At 32, Aguero is becoming increasingly bogged down with injuries, and with Pep Guardiola seemingly favouring a more mobile ‘false nine’ forward in his tactical set-up it’s possible that the goal machine will be waving adios to Manchester with his contract up in the summer.

It would take enormous purse strings, of course, but imagine if a cash-rich club could snap up the Argentine trio of Messi, Aguero and Angel Di Maria this summer?

Even though he’s knocking on a bit, Di Maria boasts a wonderful left foot and his game isn’t based on pace, so he could still do a job at the top level for any potential suitors.

At 32, a slower pace would however suit the PSG man, so he’s another who might look to a Serie A club for his final hurrah in Europe.

Many of the players on this list are into the autumn of their careers, but not so Memphis Depay who is still only a sprightly 26.

A serious knee injury threatened to derail his career, but the Dutchman has bounced back well this season at Lyon and he will have no shortage of admirers come the summer.

Depay himself has made no secret of his desire to seek pastures new, and he has publicly said that he and chum Houssem Aouar are seeking a move to ‘one of the top three clubs in the world’.

The identity of that trio remains unknown, although you would imagine that Barcelona, Real Madrid or Manchester City are the likeliest of destinations.

A central figure in the Jurgen Klopp revolution at Liverpool, Gini Wijnaldum has made no secret of his desire to play for Barcelona, and given that the Netherlands’ former boss Ronald Koeman is in charge at the Nou Camp that seems a distinct possibility.

The midfielder’s contract is up in the summer, and so Barca – or any other club for that matter – won’t have to part with a penny in transfer fees to snap up a player who so often delivers under-the-radar brilliance.

If you believe the paper talk, Bayern Munich defender David Alaba has already agreed to move to Real Madrid when his deal runs out in the summer.

It’s a move that makes sense, with Alaba a natural successor to Ramos at the heart of the Galacticos’ defence, although you wonder if Guardiola will yet poop the party.

He has described Alaba as one of the most naturally talented players he has ever worked with, which he did in his time at the German champions, and while Manchester City have invested heavily in defensive talent you wonder if they have yet solved the riddle – Alaba would certainly help on that front.

Finding a reliable goalkeeper can be hard work for talent scouts at all levels of the beautiful game, and finding one that can step up to the top table of the game has proven very difficult for many clubs.

So what an opportunity presents itself here in the form of Gianluigi Donnarumma, a lanky 21-year-old who has at least a decade in the game to come despite having already made more than 200 appearances for AC Milan – he made his first team debut at just 16.

Although any club that signs him will have to pay some kind of compensation, Donnarumma is still essentially available on a free transfer and that will make him one of the most sought-after targets this summer.

Previous Post: « The Best Wins from Willie Mullins’ Stellar Training Career So Far
Next Post: Why Does Racing Get Abandoned On An All-Weather Course? »