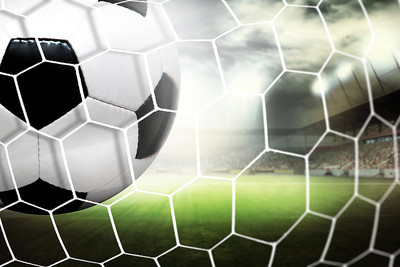 What a unique slice of history for Ralph Hasenhuttl, the Southampton boss who has now overseen two 0-9 defeats in his tenure at the club. There have only been three of those since the Premier League began!

When you’re 0-4 down at half-time, the attitude is towards damage limitation rather than trying to rescue something from the game, but even Hasenhuttl probably couldn’t believe what he saw from his troops.

United ran riot in the second period, and while the Saints were hampered by two red cards – the first coming as early as the second minute – they have to accept full responsibility for the joint heaviest defeat in Premier League history, and the second they have suffered in little over a year.

Here’s a look at the heaviest defeats since the Premier League began in 1992.

Following United’s demolition of Southampton in February, there have now been a trio of 0-9 defeats dished out in the Premier League.

The Red Devils have been the architects of two of those, with the first nine-niller in the Premier League coming at Old Trafford back in March 1995. Ipswich Town were the unfortunate victims as United ran into a 2-0 lead after 20 minutes through Andy Cole and Roy Keane.

In the end, Cole was the chief tormentor of the Tractor Boys as he notched five goals – still only one of five instances in which that has happened in the Premier League, to go with additional strikes from Mark Hughes (x2) and Paul Ince.

The second of the three 0-9 horror shows came in October 2019, when Leicester dished out the hatchet job on….yes, you guessed it, Southampton.

The Saints were 0-3 down after just 20 minutes after Ben Chilwell, Youri Tielemans and Ayoze Perez struck for the Foxes, and if the writing wasn’t on the wall at that point then it was Perez and Jamie Vardy found the net to make it 0-5 at half time.

Would Leicester take their foot off the gas in the second period? Not a bit of it. Perez completed his hat-trick after 57 minutes and Vardy notched his second a minute later as the Foxes ran riot on a rainy evening on the south coast.

James Maddison netted a magnificent eighth late on before Vardy completed a hat-trick of his own from the penalty spot.

There have been four occasions in which a Premier League team has netted nine times in a single game, and Tottenham are the other inductee into that particular hall of fame.

In November 2009, they blasted nine past Wigan – only tarnishing the day when they conceded a consolation goal.

It was a day that Jermain Defoe will never forget as he notched five times for the rampant Spurs, with further goals from Peter Crouch, Aaron Lennon, David Bentley and Nico Kranjcar rubbing salt into the Latics’ wounds.

The only silver lining, if we can call it that, came when Paul Scharner fired a consolation goal for Wigan in the second half.

There have been a quintet of 0-8 trouserings in the Premier League.

God bless Wigan, who barely six months after their 1-9 defeat to Tottenham then went on to be demolished 0-8 by Chelsea – Didier Drogba was the hat-trick hero that day in May 2010.

That’s one of two eight-nil dustings served up by the Blues, who in December 2012 won by that scoreline against Aston Villa. Among the scorers that day were Frank Lampard, Eden Hazard and David Luiz.

And it’s not all doom and gloom for Southampton, who may have broken all the wrong kind of records but they have handed out an 0-8 defeat of their own to Sunderland in October 2014. There were two own goals and five different scorers on that fateful day at St Mary’s.

The first 0-8 came back in September 1999 in the days of happier times for Newcastle United. Powered by the goals of Alan Shearer, who bagged five that day including two from the penalty spot, the Magpies blitzed Sheffield Wednesday by the magic scoreline.

The most recent 0-8 came in September 2019, and it will come as no surprise that Manchester City were the architects given their attacking prowess under Pep Guardiola. Watford were the side put to the sword, with the die cast when David Silva netted inside the first minute of the game.

His namesake Bernardo notched a hat-trick as City put on a masterclass of passing football, and in the end the Hornets were happy to concede just the eight – their opponents only netted once in the last half-hour of the game.

On two occasions there have been 1-8 drubbings in the Premier League.

Ole Gunnar Solskjaer, who oversaw Manchester United’s 9-0 thumping of Southampton, was in amongst the goals as a player too when he scored in the Red Devils’ 8-1 romp at Nottingham Forest – ironically, the sides were locked at 1-1 after just six minutes before United’s class showed.

The other saw Manchester City on the receiving end back in May 2008. The architects were Middlesbrough, whose much-forgotten frontman Afonso Alves was the hat-trick hero in a game which feature an astonishing seven second-half goals.

Seven is the magic number – that’s how many 0-7 shellackings there have been in Premier League history.

Arsenal are the top dogs with a pair of 7-0 wins in less than a year in 2005-06 – Middlesbrough and Everton the unfortunate recipients. Of those 14 goals, ten were netted by a different scorer, which is a fantastic stat in its own right.

The first side to reach seventh heaven – or despair, depending on your allegiance – were Blackburn Rovers, who hammered seven past Nottingham Forest in November 1995. Alan Shearer, that man again, helped himself to a hat-trick.

Call him a flat track bully, call him a predator – either way, Andy Cole was also in amongst the goals in a thrashing as Manchester United put seven past Barnsley in October 1997.

You have an eight-year gap then to Arsenal’s pair of 7-0 victories, before the scoreline made its return in April 2010 when Chelsea demolished Stoke by that margin – Salomon Kalou the hat-trick star.

There were seven different scorers when Manchester City trounced a hapless Norwich in November 2013, and then it’s that number again – a seven-year wait to the most recent 0-7 scoreline, which saw Jurgen Klopp’s Liverpool put the hurt on Crystal Palace. The famous three of Salah, Mane and Firmino were all on the scoresheet.

Previous Post: « From The Ferret to The Big Easy: The Weirdest, Wackiest and Best Nicknames in Sport
Next Post: What Have Been the Worst Premier League Title Defences? »