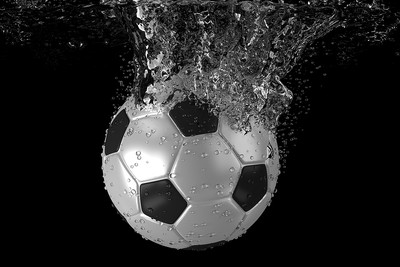 It’s a long way down from the top of the mountain, as the old saying goes, and when you are crowned as a champion you are there to be shot at – another cliché, but one of relevance to the Premier League.

A lot of elite level sportsmen and women say that successfully defending a title is harder than winning it in the first place, and Liverpool are certainly proof of that as they hobble to a weary defence of their Premier League crown in 2021.

It took the Reds an eternity to end their top-flight trophy hoodoo, and injuries and a certain weariness have left them seven points adrift of leaders Manchester City with less than half of the campaign to go.

Liverpool’s title defence could be one of the limpest efforts ever, but how low will they have to sink before they take their place among the worst Premier League title defences in history?

Football quiz aficionados will know already that Leeds United were the final winners of the First Division title before it was rebranded as the Premier League.

And so the Yorkshiremen had the honour of being the first defending champions of the new era….sadly for them, it didn’t exactly go to plan.

Despite retaining the vast majority of the squad that had led them to glory just months prior, Leeds fell away markedly in 1992/93, and for much of the campaign fighting relegation was more of a concern than retaining their crown.

In the end, they finished just two points above the relegation zone and could only watch on helplessly as star man Eric Cantona joined rivals Manchester United. A horror season was compounded, and this is rightly considered the worst Premier League title defence in history – even if it’s not, technically speaking.

The 5000/1 miracle, Leicester City were always likely to find it difficult to emulate their successes of the 2015/16 campaign, when they became arguably the most unlikely champions in English football history.

They soon lost their feeling of invincibility the following term, and Claudio Ranieri – architect of the good times – was fired with the Foxes in seventeenth place and in genuine relegation strife.

Craig Shakespeare was deployed as a caretaker manager and got the club back to basics, and that was enough for them to stabilise and finish twelfth – ten points above the relegation places.

Alas, that also meant that they were a million miles from the title frame, and the deficit of 49 points between them and champions Chelsea is actually the widest margin for any title winner the previous campaign to the next.

The return of the king – Jose Mourinho was unveiled as Chelsea boss once more in 2013, and it wasn’t long before he was up to his old tricks as the Blues romped to the title by eight points in 2014/15.

But dreams can turn to nightmares pretty quickly, as defending champions Chelsea found when they collapsed to sixteenth place in 2015/16 with rumours of player revolt against Mourinho’s methods.

Unsurprisingly, the Special One was let go in December, and while the Londoners rallied under caretaker boss Guus Hiddink they would only climb to tenth spot – making this the third worst Premier League title defence in history.

Talk about smashing the glass ceiling. Blackburn Rovers, powered by the generous spending of owner Jack Walker, fired their way to Premier League glory in 1994/95 – their first top-flight title in more than 80 years.

But would their success be sustainable? The previous season Alan Shearer and Chris Sutton had scored 49 goals and created 23 assists between them, so could they reach the same heights?

The answer was a resounding no. Despite Shearer topping the goalscoring charts with an astonishing 31 in 38 games, the Lancashire outfit conceded too many into the bargain and ended up losing 13 games on their way to a seventh place finish – 21 points behind champions Manchester United.

It would prove to be Sir Alex Ferguson’s last title as Manchester United boss when the Red Devils streaked to top spot in 2012/13.

He retired at the end of that campaign to be replaced by David Moyes, who oversaw – at the time at least – one of the worst United campaigns of the modern era in 2013/14.

They finished in seventh, some 22 points behind rivals Manchester City and 25 points behind their tally the prior season. Their goal difference dropped from +43 to +21, and the writing was on the wall for Moyes already.

Antonio Conte swept all before him in his first season as Chelsea boss, turning the Blues into a lean, mean winning machine.

Unusual for Roman Abramovich, he showed patience in 2017/18 when things started to go wrong for the Italian, and in truth Chelsea were never in the hunt despite their excellence the prior season.

Previous Post: « What are the Biggest Defeats in Premier League History?
Next Post: The Best Wins from Willie Mullins’ Stellar Training Career So Far »