You know the one – the young rascal that shouts that a wolf is coming just to goose the local villagers. And then, when the wolf does indeed come, nobody listens to the boy….with bloody consequences.

It’s not the first time that a horse in Baffert’s care has tested positive for a steroid or similar drug, and whether Medina Spirit had accidentally been administered the substance or not it’s hard not to feel like the villagers in that ancient fable.

So who are the most high profile of Bob Baffert’s horses to fail a drugs test?

Baffert has reported that Medina Spirit has tested positive for betamethasone, an anti-inflammatory drug. The Kentucky Horse Racing Commission allows for up to 10 picograms per millilitre of the substance to be present in a horse’s test, and Medina Spirit was found to have 21.

The trainer replied with his trademark incredulity that one of his runners, once again, may have been drugged in some way.

“It’s such an injustice to the horse. I don’t feel embarrassed, I feel like I was robbed,” Baffert said.

“There are problems in racing, but it’s not Bob Baffert. I don’t believe in conspiracy theories, but why is it happening to me?”

The 15/1 shot won the Kentucky Derby back on May 1, landing Baffert his seventh triumph in the prestigious renewal – more than any other trainer in the race’s 130 year history.

At the time of writing, Medina Spirit has not been yet been disqualified pending new investigations, however that will be the outcome if further testing reveals the horse was drugged – either deliberately or accidentally.

“If the findings are upheld, Medina Spirit’s results in the Kentucky Derby will be invalidated and Mandaloun will be declared winner,” said Churchill Downs, the host venue for the race, in a statement.

The racecourse has also issued Baffert with a temporary suspension from making entries at the track, and that’s not the first time that the 68-year-old has been punished in such a way.

With career earnings of more than $1 million, Gamine has been a considerable earner for Baffert and his connections.

The winner of the Breeders’ Filly & Mare Sprint, Gamine tested positive for banned substances not once but twice – the anti-inflammatory lidocaine was found in her blood in excessive quantities, and Baffert claimed that one of his stable workers, recovering from a broken pelvis, was using the drug and must have somehow contaminated his horse’s feed supply.

Once is careless, but twice is….well, we’ll let you decide. Gamine finished third in the Kentucky Oaks of September 2020, but was later disqualified after increased levels of betamethasone were found in her sample. Baffert claimed this was legally administered by a vet, however the drug was used close to the 14-day window that a horse should be ‘clean’ before a race.

Jimmy Barnes, the afflicted stable-hand with the bad back, was also used as a scape goat when Charlatan failed a drugs test on the same day as Gamine back in 2020.

Lidocaine was back in the samples at enhanced rates, and so Charlatan’s victory in the Arkansas Stakes was struck from the records.

Barnes was apparently using a pain-managing patch on his pelvis, and that is where the lidocaine came from – according to Baffert, at least. However, his explanation was given rather short shrift by racing officials.

The records show that Justify was just the thirteenth horse in history to win the American Triple Crown – that is, the Kentucky Derby, the Preakness Stakes and the Belmont Stakes.

But those triumphs were tainted after it was revealed that Justify failed a drugs test – controversially, the positive was essentially ‘covered up’ so that the Santa Anita Derby winner could go on to compete in the Churchill Downs showpiece.

The banned substance scopolamine was found in Justify’s blood at a rate much higher than the threshold, and one vet was quoted as saying that the amount discovered was indicative of ‘intentional intervention’.

Again, Baffert and his yard staff denied any deliberate wrongdoing, and despite scopolamine being linked to enhanced performance the California Horse Racing Board initially dismissed the case.

As it stands, Justify’s Triple Crown victory is yet to be struck from the record.

What Should Happen to Baffert Next? 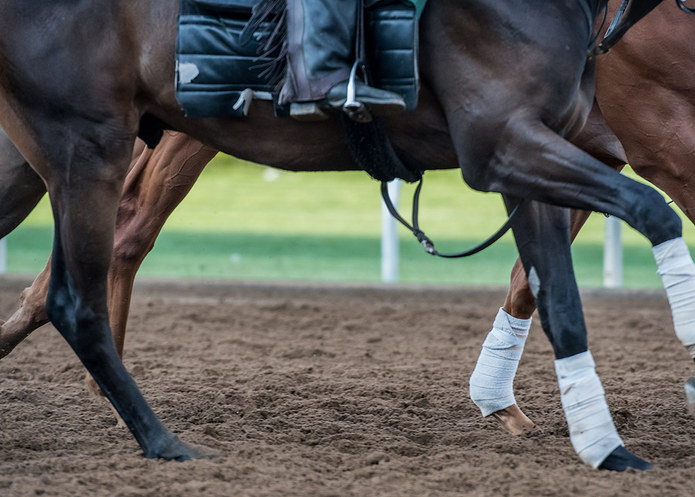 A winner of 17 Triple Crown races and a pair of Triple Crowns, Bob Baffert is one of the most decorated trainers in American racing history.

Consequently, he is a very powerful figure in the sport – he has the financial means and the connections to, shall we say, bend racing to his own will at times.

Churchill Downs has been a supporter of Baffert throughout his repeated drug testing failures, but their ban on his entries – albeit for a fairly paltry period of time – seems to be a line in the sand.

But fines and temporary bans don’t hurt a man who has been bulletproof for far too long. With 30 of his horses failing 40 tests in recent years, when will it be time to say enough is enough for Bob Baffert in racing?

Previous Post: « What is the Racing League? The Format, Teams & Fixtures For 2021
Next Post: Are Fulham Now English Football’s Ultimate Yo-Yo Club? »