Brand new onto the British flat racing scene is the Racing League.

Starting in July 2021 and lasting for six weeks, the Racing League will feature 12 teams going up against each other every Thursday night. Racing League evenings will consist of 6 races, each with a purse of some £50,000 in total.

As well as fighting for what is very good prize money, the teams are also battling for a total of 100 points in the competition.

With £2million up for grabs and a new format to tackle, it is hoped that the Racing League will inject fresh enthusiasm to flat racing in Britain and it is thought that the format can grow over the next few years to incorporate even bigger prizes money, more participants, and classier horses. 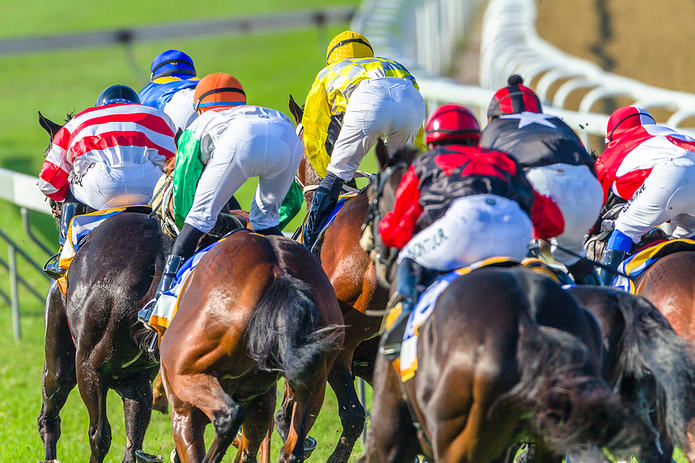 Twelve teams will take part overall in the 36 races, all of which are handicap events. The races are run under normal BHA rules and so the handicap marks (official ratings) of each of the horses is as normal.

Teams consist of 2-4 trainers, 3 jockeys who can ride only for that team during the League, a string of 30 horses and a Team Manager who decides the selections for each race.

Points are handed out in each race ranging from 25 for the winner down to a single point for 10th place. Quite simply, the team with the most overall points after the 36 league races wins the title. 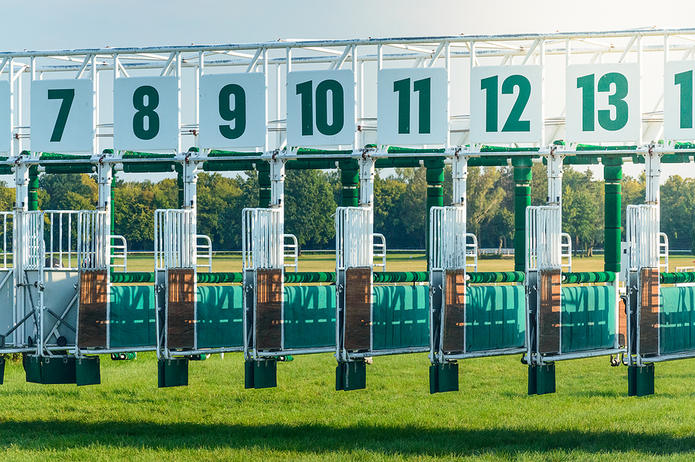 All Racing League events are handicap races, open to those aged three-years-old and over. Horses must have a handicap mark of 0-90.

Teams can enter one runner in each race, with fields guaranteed to have no fewer than 12 runners. Races carry a prize fund of £50,000, paid as normal to owners, trainers and jockeys.

As well as the total race prize fund, the Racing League champions will also get a winning bonus to share among their team.

Although the horses are as yet confirmed for the inaugural Racing League, the team trainers are known for the 2021 competition and shape up like this:

Balding trains at Kingsclere in Hampshire and was of course responsible for handling 2000 Guineas winner Kameko among others.

Hannon trains in Wiltshire and has a massive string, his strong stable having initially been inherited from his father, Richard Hannon Sr. He is also a 2000 Guineas-winning trainer.

Surrey-based Baker has trained over 70 winners on the flat over the last five years, while French-born Menuisier is based in West Sussex and has been making great strides among the training ranks.

Dual-purpose trainer Gary Moore is responsible for horses such as Goshen over jumps, while sons Ryan Moore, Josh Moore and Jamie Moore are all prominent jockeys. Daughter Hayley is also a popular figure on Sky Sports Racing.

Also based in Sussex is Amanda Perrett, daughter of top handler Guy Harwood and a very competent trainer in her own right having won the Northumberland Plate, the Chester Cup and the Ebor among other things.

Richard Fahey is another handler boasting a huge string of horses, and was responsible in the past for such high-profile winners as Ribchester and Sands Of Mali. Fahey has trained numerous Group 1 winners.

This is essentially the Newmarket team, all four trainers being based at HQ. Clover has more than 60 winners to his name over the last 5 years while Charlie Fellowes is quickly becoming a top name. Fellowes now trains at the famous Bedford House Stables, formerly home to Luca Cumani.

Palmer has been training at Newmarket since 2011 and has sent out numerous Group winners, while Scott has won over £800,000 in prize money over the past five years.

The all Wiltshire-based team is headed by Roger Charlton who has been a top name on the scene for many years now, training horses for the likes of Khalid Abdullah. Charlton has won a Derby, a Fillies’ Mile and an Eclipse among other things.

Alan King is a terrific dual-purpose trainer who sends out regular flat handicap and jumps race winners, Meade is another Group 1 winner while Meehan trains very nearby and was responsible for Champion Stakes and Eclipse winner David Junior.

The famous brothers both rode world-class stars for father Joseph O’Brien, and are now very successful Group 1-winning trainers in their own right. The O’Brien’s will help to give the competition a more Irish bent.

This team made up of very prominent trainers from the midlands, Yorkshire and County Durham is led by Mick Appleby. A prolific winner, Appleby sends out many handicap winners on the all-weather over the winter months while Paul Midgley has saddled more than 140 winners over the last five years.

Michael Dods is a bona fide Group 1 trainer, great with sprinters, while O’Meara has a huge team of horses and will no doubt be responsible for plenty of the team’s points.

This is an interesting team. While Clive Cox has been making great strides with his juveniles and Group 1 performers, Nicky Henderson has been busy pumping out the Grade 1 winners over the jumps.

Charlie Hills is the man responsible for the world’s best sprinter, Battaash, while Jamie Osborne likes to travel the world in search of bigger prize money but is more than capable of landing a blow here.

This is a team chock full of real quality. Another Newmarket bunch, these trainers have been responsible for countless winners through the years. Bell won the Derby with Motivator, Dunlop the Oaks with Ouija Board and Snow Fairy while Fanshawe has won two Haydock Sprint Cups.

Roger Varian took over from old boss Michael Jarvis in 2011 and has gone on to great success, winning two Coronation Cups, a St Leger and a Dewhurst.

Another team full to the brim with winners. Channon has a notoriously large string to pick from, the Cole’s are now training successfully under a dual licence, Eve Johnson Houghton was the trainer of the brilliant Accidental Agent, and Hughie Morrison has a terrific racing background.

All three trainers in this team are based in France and will be adding some Gallic flavour. Increasingly in the past few years we’ve seen more and more French raiders in Britain, especially on Lingfield’s All-Weather Championships Finals Day at Easter and long may it continue.

Once again all from Newmarket or thereabouts, this team really is one to watch. Cowell can be prolific and sends out multiple sprint winners, Sir Mark Prescott is a past master at getting horses to win multiple races from lower handicap marks, and Simcock is no slouch.

The jewel in the crown however is the Gosden team. John has been sending out winners for years, including Enable, Stradivarius, Golden Horn and many others. As of this year he will be operating under a dual licence with son Thady.

A total of four racecourses will host Racing League fixtures, namely Doncaster, Lingfield Park, Newcastle and Windsor. This means a variation in the track layouts and surfaces as well as mixing the fixtures up between the North and the South.

Racing League organisers are looking to create an all-day festival atmosphere, with local bands and DJ’s being booked to play and the stars of the track meeting racegoers during the events. Fixtures for 2021 are laid out like this:

This really is a great innovation. While the Breeders’ Cup is a genuine top-class event in the States and the Dubai Carnival has proven to be very successful in the UAE, Britain as yet hasn’t settled on a format that can bring in a new crowd.

Ascot’s Shergar Cup day is a team event but hasn’t really captured the imagination or been given the support of the biggest trainers every year, though it seems the Racing League has already managed to reel in some of the biggest names in the sport to be involved.

Previous Post: « Which British Football Clubs Are Owned By Their Fans?
Next Post: Bob Baffert’s Failed Drugs Tests: Kentucky Derby Winner Medina Spirit the Latest to be Found Positive for a Banned Substance »