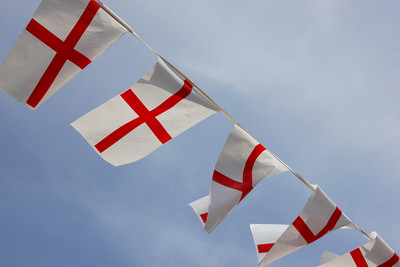 It’s an extraordinary statistic for a team perennially considered one of the favourites to lift the trophy.

It’s fair to say that England are slow starters in the European Championship, and the 1-0 win over Croatia in their maiden outing of Euro 2020 was the first time in history that they had won their opening game of the tournament!

That was the Three Lions’ tenth attempt at winning their opening match of the Euros – a dismal run that dates back to the inaugural edition of this tournament in 1980 (the first that used the traditional group stage format).

Raheem Sterling’s 57th minute against the Croatians at Wembley finally laid that demon to rest….could it spark England to victory at Euro 2020?

Now that we can laugh at such mediocrity, here’s all of the times that England have failed to win their opening game of the competition.

An England side in transition headed into the 1980 European Championships with less-than-lofty expectations.

Nevertheless, a side that contained the likes of Kevin Keegan, Trevor Brooking and Ray Clemence would have been hoping to get off to a winning start against Belgium.

Just 15,000 people turned up to the Delle Alpi stadium in Turin, and an entertaining first half – in which the sadly-departed Ray Wilkins opened the scoring for England before a Belgian equaliser followed three minutes later – fizzled out into a bore draw.

The England team of the late 1980s had a certain swagger about it – at the World Cup of 1990, they would come as close any side with the Three Lions on the chest would come to lifting the Jules Rimet trophy.

Lineker, Barnes, Waddle, Beardsley….this was an outfit with class in abundance, and Bobby Robson’s men were well fancied to go deep into the tournament in Germany.

However, things got off to a rather inauspicious start when the Republic of Ireland – blessed with talent themselves in ’88 – proved tough opposition.

Indeed, Ray Houghton’s early goal silenced the travelling England fans, and they could only watch on with frustration as their heroes failed to find a way past the stubborn Irish backline.

England under Graham Taylor qualified as the unbeaten if uninspiring winners of a tough qualifying group containing Poland, Turkey and a Republic of Ireland who had progressed to the quarter-finals of the World Cup in Italy two years before.

England’s group in the tournament contained hosts Sweden, a France side managed by Michel Platini and Denmark, who had been recalled from their summer holidays to compete after Yugoslavia had been disqualified after a civil war had broken out in the country.

England would again draw a blank in a draw with France before being dumped out of the tournament by hosts Sweden. As for Denmark, they went to lift the trophy in one of the biggest shocks in the history of the Euros.

Arguably the finest tournament England have produced in contemporary times – they were a Paul Gascoigne bootlace from the final here, needless to say there was still a slow start to overcome.

A packed Wembley watched on as the Three Lions took the lead against Switzerland through Alan Shearer on a glorious summer’s day.

And it remained 1-0 to England until the dying embers, when Stuart Pearce handled in the penalty area and Kübilay Türkyilmaz stepped up to blast home the resulting spot kick.

At least England rallied thereafter….producing some stunning performances to see off Scotland, the Netherlands and Spain before their heartache against Germany in the semi finals.

For 20 years, England had been unable to win their first game of the European Championships.

But when they opened up a two-goal cushion against Portugal after just 18 minutes in 2000, surely that hoodoo would come to an end?

Unfortunately, the Portuguese – inspired by the mercurial Figo – had other ideas. The man himself equalised in the 22nd minute, before Joao Pinto equalised just before half time.

A nip and tuck second half saw both sides create game-winning chances, but it was Nuno Gomes who would break English hearts – and continue that opening game demise – with the winning goal for Portugal.

Mind you, they’d have to overcome France first up in Group B, but a starting eleven that included Beckham, Scholes, Lampard, Gerrard, Owen and Rooney was expected to do exactly that.

Lampard gave England an early lead, and it stayed that way until the fourth official signalled for injury time – this was it: the Three Lions’ first ever opening game win in the Euros.

Annoyingly, Zinedine Zidane hadn’t read the script, and his brace in added time – the second, from the penalty spot, was so nerve-racked that the Real Madrid midfielder was sick on the pitch – extended England’s nightmare.

Having failed to qualify for Euro 2008, England had some making up to do in the Ukraine four years later.

Sadly, Roy Hodgson didn’t really have the players to succeed – Ashely Young playing as a number ten behind Danny Welbeck is as miserable as it sounds, even if they did limp through the quarter finals.

Of course, the tournament began in customary non-winning fashion – Joleon Lescott’s goal cancelled out by Samir Nasri shortly after in a 1-1 draw.

It would all end in tears against Iceland a couple of weeks later, but England’s 2016 campaign got off to a decent enough start.

They didn’t win, obviously, but dominated proceedings against Russia and took the lead through Eric Dier late on.

Naturally, this being England in an opening game of the European Championships, they couldn’t cling on as Vitali Berezutski nodded home to extend the winless run to 36 years.

Previous Post: « Could Double Payout on the 2021 Memorial Tournament Set a Precedent for Bookmakers on Void Bets?
Next Post: Will Scotland Ever Qualify for the Knockout Stages at the Euros or the World Cup? »