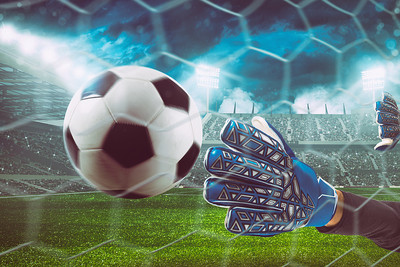 Goals are the only currency that truly matters in football.

So scarce are they that the beautiful game is renowned as one of the lowest-scoring sports on the planet, and so the value of own goals – scoring without any of the hassle – cannot be underestimated.

The sides at Euro 2020 have been having a field day with own goals, and at the time of writing – halfway through the group stage – there has already been three instances in which an own goal has been registered.

Just one more, with stacks of games to come, would mark out Euro 2020 as the tournament with the most own goals in history.

So what has been going on with the defending this summer?

A Carnival of Calamity – Three is the Magic Number

As mentioned, the group stage of Euro 2020 isn’t over, and yet already there has been three own goals to speak of.

The first was the opening goal of the tournament, with Italy’s Domenico Berardi breaking clear down the right. He drilled a cross into the penalty area and Turkey’s Merih Demiral could do nothing but divert the ball into his own net.

The next was rather harsh on Poland’s Wojciech Szczesny, who knew nothing as Slovakia’s Robert Mak fired in a low drive that hit the post, rebounded off the diving goalkeeper and ended up in the back of the net.

The third was contributed by German defender Mats Hummels against France. The Borussia Dortmund man was in the wrong place at the wrong time, as Lucas Hernandez’s fired-in cross found Hummels with a hopeless body position, and he too diverted into his own net.

It almost goes without saying that Euro 2020 will break the record for the most own goals in a single European Championship, especially as this is the ‘biggest’ edition of the tournament in history with the most games. But, in the end, who will be the guilty party?

The only other times that three own goals have been scored in a single edition of the Euros was in 2016, when Gareth McAuley, Birkir Mar Saevarsson and Ciaran Clark put through their own net for Northern Ireland, Iceland and the Republic of Ireland respectively.

Why Are There More Own Goals In Football Now? 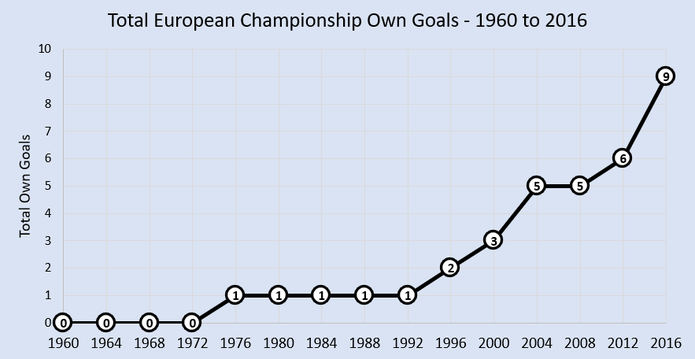 Here’s an amazing stat: the first own goal wasn’t scored until the fifth European Championship in 1976. The dubious honour of that first OG  goes to Anton Ondrus who netted to the benefit of the Netherlands whilst representing Czechoslovakia. Even with the group stages introduced in 1980, it still took until Lyuboslav Penev for Bulgaria to get the second in Euro ’96.

Tournaments in 2000 and 2012 saw a single own goal netted each. There was something of an anomaly in 2004 too when two own goals were scored – Croatian stalwart Igor Tudor and Portugal’s Jorge Andrade the guilty parties.

It’s perhaps no coincidence that more own goals are being scored – or awarded to the defending player, rather than the attacker – for two reasons: the dubious goals panel and VAR.

The former is now more than happy to award own goals, rather than simply giving an own goal to the attacking player that ‘affected’ the ball crossing the line. For example, Szczesny’s OG might have been handed to Mak, whose clever run and shot led to the goal, in years gone by.

We also have to consider the proliferation of video technology too. Big games, like those played at the European Championships, will be played out in front of hundreds of video cameras, and every conceivable angle can be explored by broadcasters.

Consequently, we are able to see definitively who had the last touch of the ball prior to it crossing the line – leading to more own goals being awarded.

Do Own Goals Count Towards the Betting Markets?

Here’s an interesting question – if you have bet on the first goalscorer betting market, what happens if the first goal of the game is an own goal?

Well, in this case and for settlement purposes, the own goal does not count – first goalscorer bets will be settled upon who scores next in the game in question.

It should be noted, however, that own goals do stand in all other markets – so, if you backed a correct scoreline that has been ruined by an own goal, sadly your bet won’t land because the OG is not struck from the records.

Note too that bets are settled on the day of the match – so even if the dubious goals panel later meets and changes a recorded strike to or from an own goal, it won’t make any difference to the settlement of your wager.

Previous Post: « Will Scotland Ever Qualify for the Knockout Stages at the Euros or the World Cup?
Next Post: Could 2023 Be The First Five Day Cheltenham Festival? »