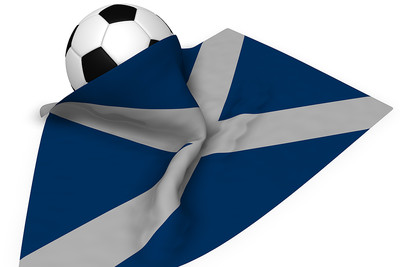 There was a sense of optimism and excitement ahead of Euro 2020 for Scotland fans.

They currently have a squad blessed with talent – the likes of Andy Robertson, Scott McTominay and John McGinn are all high-level performers in the Premier League, and so surely this would be the year that, for the first time ever, they progress past the group stage of a major tournament.

As soon as Patrick Schick headed a first half opener, a sense of familiar doom and gloom descended on Hampden Park.

Early in the second period, David Marshall floundering in the back of the net was the perfect visual metaphor for Scottish hopes as Schick fired home a world-class second from the halfway line.

It’s not all over for the Scots, of course, who still have a chance to qualify if they can muster some points from contests against England and Croatia.

But it looks likely that they will extend their unwanted record of never progressing beyond the group phase of the European Championship….

Amazingly, Scotland didn’t qualify for their first tilt at the European Championships until 1992.

Their first game could not have been more difficult – they were to take on the defending champions Holland in their opener in Gothenburg.

In customary fashion, the Scots worked their socks off, and for 75 minutes they gave as good as they got against an ultra-technical Dutch side.

But close games are often separated by a moment of class, and it was Dennis Bergkamp who broke Scottish hearts when he fired home from Frank Rijkaard’s knockdown.

The Scots needed a win to keep their hopes alive in their second group game – typically, they were up against the reigning world champions, Germany.

Once again, Andy Roxburgh’s side gave it their all, but goals from Karl-Heinz Riedle and Stefan Effenberg were the difference.

Eliminated from the tournament but unbowed, Scotland took on the CIS – a team made up of nations such as Russia, Ukraine and Belarus impacted by the dissolution of the Soviet Union – and came out a 3-0 winner courtesy of goals from Paul McStay, Brian McClair and Gary McAllister.

English football fans remember Euro ’96 with pride and a sense of what might have been, although for Scotland it was a tournament to forget.

They started well enough, and while riding their luck they managed to secure a 0-0 draw with the Netherlands.

Next up? England at Wembley. It was a glorious June day in the capital, and a cagey first half meant that the two teams could not be separated.

Alan Shearer found a route to goal in the second period, and Scotland – pressing hard for an equaliser – looked to have got their reward when Tony Adams brought down Gordon Durie in the penalty area.

But McAllister saw his resulting spot kick saved by David Seaman, with TV replays showing that the ball was actually moving when the Leeds and Liverpool legend struck it. Incredibly, TV psychic Uri Geller claimed he moved the ball using the power of his mind….spooky indeed.

The scene was set for Paul Gascoigne’s moment of magic, lifting the ball over Colin Hendry’s head before volleying home, and Scottish fans were left frustrated once more by their team’s inabilities on the big stage.

Unlike in 1992, Scotland still had a chance of qualifying for the knockout phase, and they held up their end of the bargain by defeating Switzerland courtesy of an Ally McCoist goal.

Sadly, even though the Dutch were thrashed by England, they snuck through – despite having the same goal difference as the Scots and an equal head-to-head record, they had scored more goals than Craig Brown’s outfit and thus crept through.

Scotland first qualified for the World Cup in 1954, although they might have wished they hadn’t bothered.

Rocking up in Switzerland back when each side only played two group games, they were defeated 0-1 by Austria first up and then demolished 0-7 by semi-finalists Uruguay thereafter.

While 1958 was a little more promising – the Scots drew 1-1 with Yugoslavia first up, subsequent 2-3 and 1-2 defeats to Paraguay and France ensures they were on the first flight home to Glasgow.

The Tartan Army wouldn’t be seen again on the World Cup stage until 1974, and an opening 2-0 win over Zaire gave their fans hope of an unlikely run to the knockout stage. However, those dreams were shattered even though the side managed to draw with Brazil and Yugoslavia – the group was decided on goal difference, and the Scots came up one goal shy.

The 1978 campaign was a bizarre one – defeat against Peru and a draw with Iran prevented Scotland from reaching the bracket phase once again. And yet, this was a side capable of beating eventual finalists Holland in their last group runout.

Goal difference was the decisive factor again in 1982, because despite thrashing New Zealand 5-2 a heavy defeat to Brazil and a 2-2 draw with the Soviet Union saw them bow out despite finishing level on points with the Soviets.

England bowed out to the Hand of God in 1986, but Scotland went much more quietly – defeats to West Germany and Denmark eliminating them despite a draw with Uruguay in the last group game.

A rather embarrassing defeat to Costa Rica condemned the Scots in 1990, although a follow-up victory over Sweden gave them a chance to finally escape a World Cup group. But once more, they came up short as a last ditch defeat to Brazil prevented them from securing a top two finish.

After missing out in 1994, Scotland returned to the world stage four years later and got off to an excellent start – John Collins’ penalty levelling the game against a Ronaldo inspired Brazil. Sadly, the Scots couldn’t hold on, and that defeat was followed by a draw with Norway and a gut-wrenching 0-3 loss at the hands of Morocco.

And that was the last time that Scotland were seen on the big stage….could the class of 2020 finally end their long wait for a place in the knockout phase of a major tournament?

Previous Post: « England Finally Win Their First Opening Game Played At the Euros
Next Post: Will Euro 2020 Have the Most Own Goals in European Championship History? »