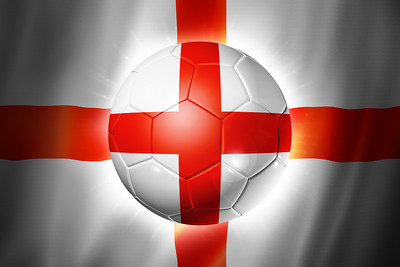 We all know the words to the Lightning Seeds and Baddiel & Skinner hit ‘Three Lions’, whose ‘it’s coming home’ chorus has been sounding out around England for the past month, tips its cap to the national team’s ability to snatch defeat from the jaws of victory.

And never were more prescient words spoken and sang as England, despite taking an early lead through Luke Shaw in the Euro 2020 final against Italy, found a way to, once again, contrive a loss from a position of supreme power.

Whether by command or by accident, England sat back and allowed the technically-outstanding Italians to play their football – was anybody really surprised when Leonardo Bonucci netted an equaliser for the Azzurri?

After a torturous extra time period, it was down to the scenario that English football fans fear like no other – a penalty shootout.

When you combine appearances at the European Championship with the World Cup, England have participated in eight penalty shootouts….winning just two of them.

Well, scratch that, because it’s two-from-nine now as missed from Rashford, Sancho and Saka gifted the trophy to the Italians.

That success rate – or lack-of-success rate – now sits at 22%, so are England doomed to never win a major tournament (unless the spot kick rule is scrapped, of course)?

It doesn’t seem to matter what continent England are playing on, they have a seemingly unstoppable gift for losing in the spot kick shootout.

But Europe has been particularly unkind to them, and the Euros are, naturally, where much of their heartache has been experienced.

Amazingly, England’s first-ever penalty shootout in the Euros ended in victory – still to this day the only time they have enjoyed success from the spot in this tournament.

Wembley Stadium was the setting, and while the home of English football would be the scene of tears and desolation in 2021, 25 years earlier it was a venue of redemption for England’s stars.

The Three Lions tackled Spain in the quarter-finals, and after the game ended 0-0 it was off to the 18-yard box for the gladiatorial ending.

Alan Shearer fired England ahead and watched on as Fernando Hierro missed his effort – the door was ajar for Terry Venables’s side. David Platt, Stuart Pearce – cue that huge celebration – and Paul Gascoigne all netted theirs too, and scenes of jubilation and hysteria followed when Miguel Angel Nadal (uncle of tennis ace Rafael) missed his penalty to grant the Three Lions a semi-final berth.

Well, what do they say about pride coming before a fall….

A meeting with the old enemy, Germany, followed in the semi-finals, and a pulsating affair ended 1-1 after 90 minutes and extra time.

The problem is that Germany didn’t miss either, and in sudden death Gareth Southgate – isn’t it funny how life moves in circles? – missed to condemn England to pay the penalty once more.

Eight years after penalty heartbreak, a new generation of England talent had emerged.

And they – Beckham, Lampard, Owen, Rooney, Gerrard, Scholes – had their chance of big tournament glory in Euro 2004, hosted by Portugal.

They would run into the hosts in the quarter-final, and they served up an entertaining spectacle that saw the game end 1-1 after 90 minutes and 2-2 following extra time – Rui Costa thought he had won it for Portugal until Lampard equalised in the 115th minute.

Penalties it would be then, and when Beckham missed England’s opener most thought the writing was on the wall.

But Costa would miss for Portugal, and the shootout would go on to sudden death. Helder Postiga and Ashley Cole scored, the Portuguese keeper Ricardo then stepped up to net and poor Darius Vassell, on as a substitute, would miss to end what was the ‘golden generation’s’ best chance of winning a major.

Why do England lose so many penalty shootouts? Is it a lack of practice from the spot, a lack of technical ability or, perhaps, a lack of intestinal fortitude….

Either way, the Three Lions would sadden their fanbase once more in Ukraine, who jointly hosted Euro 2012 with Poland. It was there that England ran into their new foe, Italy, in yet another quarter-final shootout.

Gerrard and Rooney would score from the spot, but misses from Ashleys Young and Cole would confirm the narrative that England simply don’t have what it takes in these high stakes moments.

Of course, we don’t need to go into any great detail here – so raw is the heartache still.

You could argue that England lost this game inside 90 minutes – sitting back on their 1-0 lead and refusing to engage Italy higher up the pitch – allowing a multi-skilled outfit to work their way back into the game.

The resulting shootout was a disaster – bar from Jordan Pickford’s brilliance in goal and Harry Maguire’s unstoppable ‘laces through it’ effort, and England’s misery from 12 yards continues.

It’s not just in Europe where England struggle from the spot – they are happy to take their incompetence on the road and showcase it to a global audience in the World Cup too.

Their first major tournament loss on penalties came at the World Cup in 1990, where Italy had laid on a fantastic spectacle for the worldwide audience.

Turin was the host of an epic semi-final between the Three Lions and West Germany – this was around the time of the fall of the Berlin Wall, remember.

A tense 1-1 draw meant that spot kicks were needed to separate the sides, and consecutive successes handed the Germans a 4-3 lead.

And this is where it all unravelled for England, as first Stuart Pearce – he would later be redeemed at Euro ’96 of course – and then Chris Waddle missed to end English dreams.

What a game….what a disaster.

England’s Round of 16 clash with Argentine came 12 years after the infamous ‘Hand of God’ moment from Diego Maradona, and the hope was that Glenn Hoddle’s side – he was in the team that day in 1986 – would have redemption.

And what a start to the game. There were three goals in the opening 16 minutes, as penalties from Shearer and Gabriel Batistuta were followed by that wonder strike from the young upstart Michael Owen.

Javier Zanetti would later equalise to force the game into extra time and then penalties, despite Sol Campbell having a goal questionably ruled out.

In the spot kicks….well, the same old story. Paul Ince and David Batty missed and England were out in the most devastating fashion.

Just two years after losing to Portugal in a shootout at Euro 2004, England would once again be downed by Cristiano Ronaldo and co.

He had already drawn the ire of English supporters when playing his part in Wayne Rooney’s dismissal in normal time, and the script was perhaps already written that the forward would later break their hearts too.

Ronaldo took – and scored – the fifth and decisive penalty after messrs Lampard, Gerrard and Carragher had all missed theirs. At this point, England fans were on the verge of giving up on their team as soon as the final whistle had blown.

The Three Lions’ first ever victory from the spot in a World Cup game came 28 years after their first loss, with Colombia on the receiving end in the last 16 back in 2018.

This time England’s stars held their nerve, and despite a miss from Jordan Henderson the likes of Harry Kane, Eric Dier, Kieran Trippier and Rashford all finding the net to go with Pickford’s heroics between the sticks.

Sadly, the English renaissance from the penalty spot was short-lived….as we discovered in the summer of 2021.

Previous Post: « What Is England’s Head to Head Record Against Italy Ahead of the Euro 2020 Final?
Next Post: Laser Pointers at Football Matches: England vs Denmark Joins Growing List of Big Games Affected »