Some people, including elite athletes, are able to take defeat with good grace and dignity.

Others….well, it’s always somebody else’s – or something else’s – fault when they are unable to come up with the goods.

A professional golfer can be very precious about their clubs, for example, but in reality these tend to be made to roughly the same specifications – blaming them for a poor round is the height of bad loser-ship.

But that’s the depths that Bryson DeChambeau has sunk to at the Open Championship. After a mediocre first round of 71, the beefcake claimed that his driver ‘sucks’.

“It’s not a good face for me, and we’re still trying to figure out how to make it good on the mis-hits,” he said.

His manufacturer, Cobra, hit back, claiming that DeChambeau was ‘acting like an eight-year-old’ in a surprising breakdown of classic PR.

“It’s like an eight-year-old that gets mad at you. They might fly off the handle and say: ‘I hate you.’ But then you go: ‘Whoa, no you don’t.’ We know as adults that they really don’t mean that and I know that if I got him cornered right now and said, ‘What the hell did you say that for?’ he would say that he was mad.”

It all makes Bryson sound like something of a sore loser, and his continued surprise at struggling on golf courses where he consistently misses the fairway beggars belief.

Of course, DeChambeau is not the only sporting star to blame anyone and everyone for their failings….but never themselves.

Let’s be honest, Michael Jackson was blamed for many things in his life – not all of them good.

But he was indirectly responsible for Fulham being relegated from the Premier League during the 2013/14 season – according to the club’s owner, Mohamad Al-Fayed, anyway.

You may not recall it if you are of the younger generation, but the Cottagers once had a statue of the ‘Thriller’ singer outside their Craven Cottage ground….to this day, nobody is quite sure why.

And when the statue was removed for….being preposterous, presumably, Al-Fayed blamed Jacko’s absence as the reason why Fulham finished 19th that season, and were thus relegated.

Maybe the owner should have looked at the Man in the Mirror instead….

I Blame My Walk On Outfit – Deontay Wilder

After the titanic draw in their first fight, boxing fans could not wait to see Deontay Wilder and Tyson Fury lock horns for a second time in Las Vegas.

But the second fight was something of a damp squib, with a streamlined Fury – aided by a new trainer – knocking out his opponent in the seventh round.

Wilder was slow, sluggish and completely lacking in power, but the cause for that was simple – his walk on costume was too heavy.

“Well I couldn’t lose, there must’ve been a mistake, somebody had to cheat me!” 🤬 pic.twitter.com/2lJYcbAMLI

The former WBC champion claimed that the armour and helmet he wore to make his way down to the ring knocked all of the energy out of him, suggesting it weighed as much as 18kg.

“He didn’t hurt me at all, but the simple fact is my uniform was way too heavy for me,” Wilder said afterwards with complete dignity.

I Blame the Ghost of Lord Nelson – Bradford City 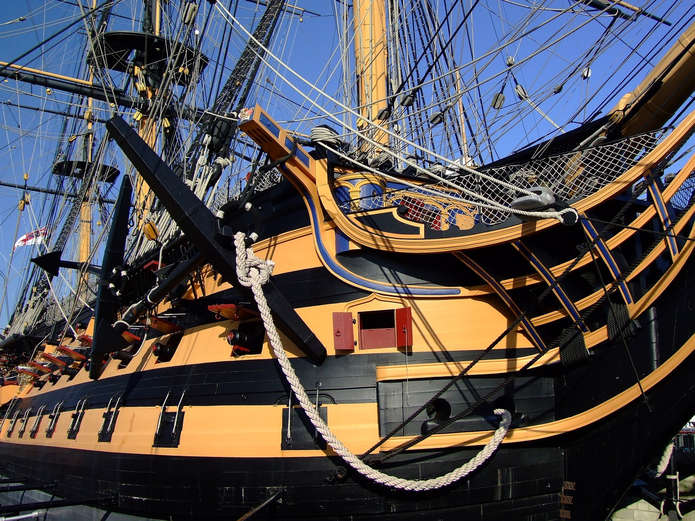 When Bradford City failed to get promotion from the old Second Division in 1996, it was natural that their was a post mortem behind the scenes.

Was the cause a lack of goals? Poor defending? Bad luck with refereeing decisions?

No, it was the ghost of Lord Nelson.

The boardroom at Bantam Park had been bedecked with timber salvaged from the wreckage of Nelson’s ship, and it was claimed that brought bad luck to the club.

In his lengthy career in football management, Jose Mourinho has been no stranger to blaming everyone but himself for the woes of his teams.

Typically, it’s the match officials that are on the end of his ire, but in an El Clasico fixture in 2012 the then Real Madrid manager turned his saltiness on the ball boys.

Mourinho claimed that, with rivals Barcelona leading, they told their ball boys to stand down – meaning that his Madrid stars had to retrieve the ball when it went out of play. That slowed down the game and allowed Barca’s players to regain their shape.

Even by Jose’s standards, that was a ‘creative’ explanation for a defeat.

More rather unsporting excuses can be found in our earlier posts:

Sport’s Worst Ever Excuses: Wayne Hennessy on the List After Claiming Ignorance of Nazi Salute

Previous Post: « Laser Pointers at Football Matches: England vs Denmark Joins Growing List of Big Games Affected
Next Post: American Sports Teams that Have Dropped Their Traditional Names, and Those That Refuse To »