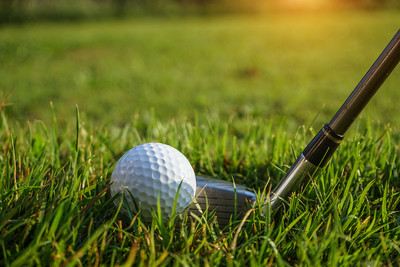 Some of the greatest names in the history of golf have been engraved on the Claret Jug, which is handed to the winner of the Open Championship each year. Tiger Woods, Nick Faldo, Seve Ballesteros, Tom Watson, Jack Nicklaus, Arnold Palmer….the list goes on.

There are, of course, dozens of tournaments played each and every year on the PGA and European tours, but there is something extra special about the Open Championship which ensures it retains its position as one of the most sought-after trophies in the sport.

As you may know, there are four majors to contend for, however it’s Britain’s version of the Open which is the one that they all want to win, and that chance will come in 2021 when they head to Royal St. George’s in the appetisingly-named Sandwich in Kent – a regular host of the event that has in the past proved him to be a worthy adversary for the best in the world.

The action gets underway on July 15, with Shane Lowry finally getting a chance to defend the trophy he won in his native Ireland back in 2019. So to celebrate the occasion, we thought we would mark your card with everything you need to know about the Open Championship, the unique conditions of Links golf and what the players can expect from Royal St. George’s.

Is The Open the Oldest Tournament in the World? 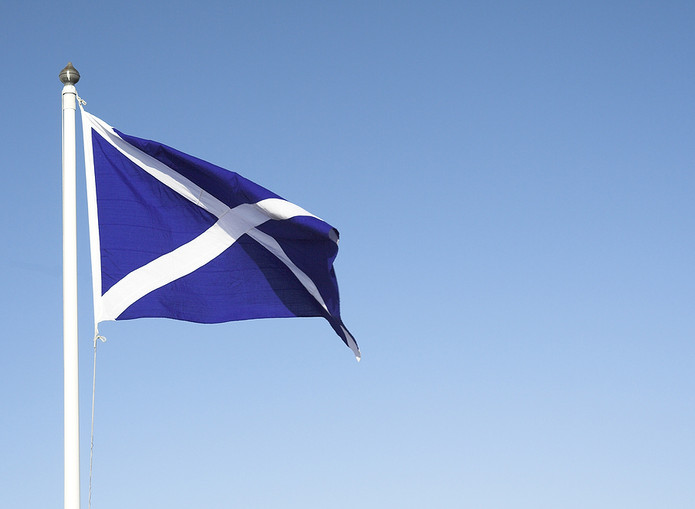 As you might know, golf’s origins can typically be traced back to the deepest, darkest corners of Great Britain.

Scotland in particular played a key role in the development of the sport, and the Open Championship can be traced back to its Scottish roots in the late 1800s.

The first ever edition of the Open Championship was held in 1860 at the Prestwick club in Ayrshire, where it would be played annually until a decision was taken in 1873 to introduce a rotating selection of venues, which would go on to include coastal courses in England, Northern Ireland and Wales.

Typically held in July every year, The Open takes its name from the fact that it is, in essence, open to everybody i.e. amateurs can play alongside professionals should they meet the qualification criteria.

There are currently ten courses on The Open rotation, although none has hosted the tournament as many times as St Andrews, which is considered the spiritual home of golf to this day. Royal St. George’s has hosted the Open Championship on 14 different occasions, with the first way back in 1894 and the most recent in 2011, when Darren Clarke secured an emotional victory.

In the early days, the Open Championship was dominated by the father-and-son combination of Tom Morris senior and junior, who between them won seven editions of the event.

Their dominance would soon be cast aside by Harry Vardon, who would go on to clinch six Open Championship titles – nobody has claimed more than that in the century that has passed since.

In the modern era, the most decorated champion is Tom Watson, who has lifted the claret jug on five separate occasions. Of those to still swing a club today, Tiger Woods is the next best with three Open Championship victories to his name.

What is Links Golf? 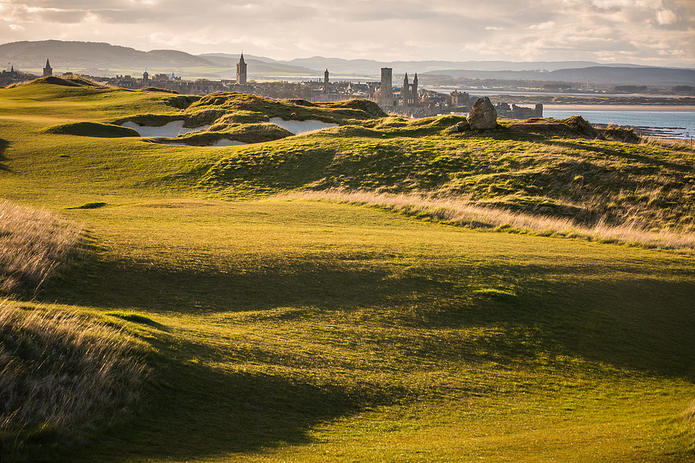 When reading about the Open Championship, you may have heard the term ‘Links golf’ used quite liberally. But what is Links golf?

In the context of golf courses, the term ‘links’ is believed to originate from the Scottish word of ‘hlinc’, which basically means rising and undulating ground.

This is a key feature of Links golf courses and the landscape used in the build of the original Links layouts on the coast of Scotland, where the Open Championship was first held.

These Links courses also have other common characteristics. Typically located by the sea, they are typically buffeted by strong ocean winds that help to dry out the ground –creating the fast, bumpy surfaces Links golf is famed for.

Following their traditional British heritage, Links golf courses also tend to feature deep pot bunkers, which can be very difficult to play out of, and thick, tangly fescue grass in the rough, which is essentially the native grass of the area left to grow long and free. Again, this is a nightmare for even the best players in the world to negotiate.

Links golf suits some players more than others. Some are comfortable playing in stiff wins and cross breezes, using a lower ball flight to keep their ball under control. The finest Links exponents are have an array of shots in their arsenal, including the famed ‘bump and run’ chip that swept Shane Lowry to glory in this tournament back in 2019.

The greens on Links golf courses are rarely as pure as those you would find on the PGA TOUR as well, so when you factor in all of these conditions you can see why Americans tend not to do so well in the Open Championship – which is played exclusively on Links layouts.

In fact, in the past decade only three editions of The Open have been won by an American. Of the remaining seven, two were clinched by South Africans and the rest by Europeans – those from the continent have a clear advantage in this event, which is a useful titbit of information for punters to take advantage of.

How Does Royal St George’s Play?

One of the most prolific Open Championship host venues in Britain, Royal St. George’s is also the only Open venue located in the southern half of England.

It was the first course to ever host the Open Championship outside of Scotland, and those that have prevailed on its Links include Clarke, Vardon, Ben Curtis, Sandy Lyle and the legendary Greg Norman.

The James Bond author, Ian Fleming, used Royal St. George’s as inspiration for the golf course used in the final scenes of the timeless 007 classic, Goldfinger. He loved the aesthetic appeal of this layout on the Kent coast, and it’s easy to see why the track is so popular with the players even today.

However, that’s not to suggest it’s a walk in the park by any means. Measuring 7,200 yards for its Par of 70, Royal St. John St. Georges is a classic Links course in every sense of the word – stiff breezes, fast running fairways and greens, thick rough, and plenty of bunkers – as you would expect from a golf course located in Sandwich – all feature.

In the modern era, Open Championships played at Royal St. George’s have been won in scores as varied as -11 to +2, and that indicates how much of a factor the weather is in determining the champion here.

One thing that is for sure is that the Open champion in 2021 will have certainly earned their accolades and that prestigious Claret Jug.

Previous Post: « The Brooks Koepka vs Bryson DeChambeau Rivalry: Is This What Golf Needs to Keep It Relevant?
Next Post: Where to Watch Horse Racing on TV in the UK »