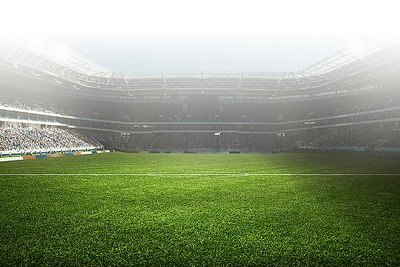 The thorny subject of gambling sponsorship in English football has been debated for a number of years.

There has been a colossal number of betting brands getting their logos onto the front of shirts and on advertising boards, from the major British firms to obscure overseas companies that few outside of Asia will have ever heard of.

As the government plots their review of the Gambling Act, the piece of legislation that governs the betting sector, one potential avenue is that all gambling-related sponsorship will be banned – as was the case for cigarette brands in the 1980s and 1990s.

Like all football matches, there are two sets of supporters wanting their side to win. Anti-gambling campaigners believe that firms shouldn’t be allowed to have their branding in environments where children could be exposed to potential harm, while risking exposure to adults who are also vulnerable to problem gambling behaviours.

On the flipside, there are those who believe the investment brought in by betting sponsorships is vital to the running of the sport – Football League chief Rick Parry has even claimed that without such funding some clubs would ‘go under’ for good.

As part of the Gambling Act review, there is the scope for a complete ban on betting sponsorships in football – even if that would lead to a financial black hole for the sport.

As a result, there has been something of a desire within the game to collectively act, and some clubs – including Norwich City – have already pulled the plug on their sponsorship deals with betting firms.

But how many gambling sponsorships will be in place for the 2021/22 season? 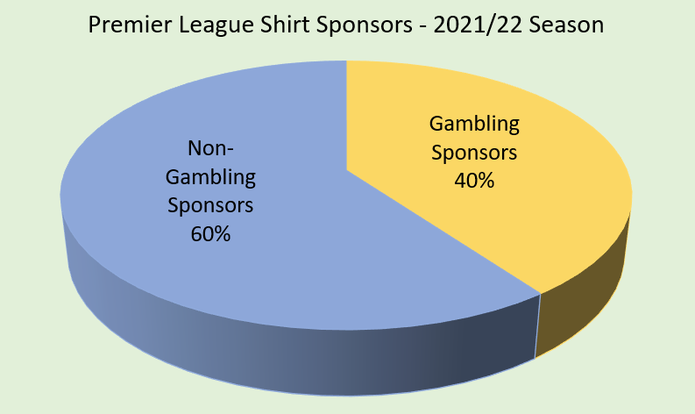 As already mentioned, Norwich ended their sponsorship deal with BK8 Sports early, and will instead bear the branding of Lotus on their shirts this season.

But there are plenty of other clubs who are proceeding with gambling sponsorships regardless, with eight of the top-flight’s 20 outfits – that’s 40% – set to have a betting firm’s logo on show on their playing shirts.

Crystal Palace, Leeds, Newcastle and Wolves have partnered with Asian firms in W88, SBOTOP, Fun88 and ManBetX respectively, while West Ham are continuing their long-standing agreement with Betway.

Burnley will be sponsored by spread betting firm Spreadex, Southampton have partnered with crypto gambling firm sportsbet.io and Brentford have signed terms on a deal with the little-known Hollywoodbets, who despite their name actually operate out of South Africa as opposed to Los Angeles.

It’s very difficult to find out how much each gambling operator has paid to sponsor their respective teams, but it is publicly known that ManBetX used to pay £6.5 million a season to have their branding on Crystal Palace’s shirt, while Betway fork out a rumoured £10 million a term to be West Ham’s principal sponsor. 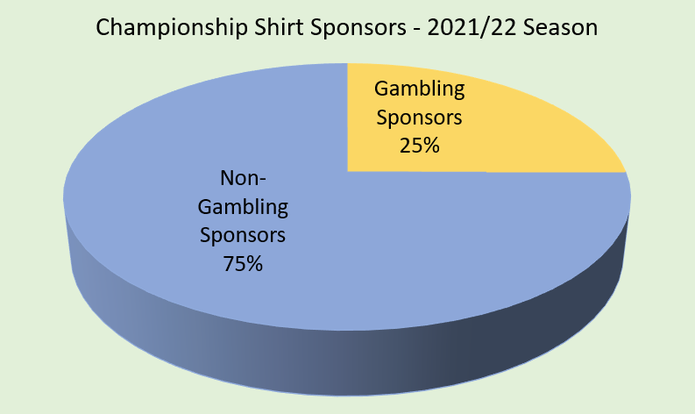 It seems that gambling firms are less interested to invest in partnerships with Championship clubs.

Just six of the 24 teams (25%) will be sponsored by a betting operator during the 2021/22 campaign, and two firms account for a pair of deals each.

The Irish firm BoyleSports will adorn the playing shirts of Birmingham City and Coventry City, while the online casino outfit 32Red have signed up with Derby County and Middlesbrough.

Elsewhere, bet365 remain the principal sponsor of Stoke City – they were founded in Stoke-on-Trent more than 20 years ago, while the global firm MansionBet will be taking on the sponsorship of Bristol City.

Are Gambling Sponsorships On the Rise in English Football? 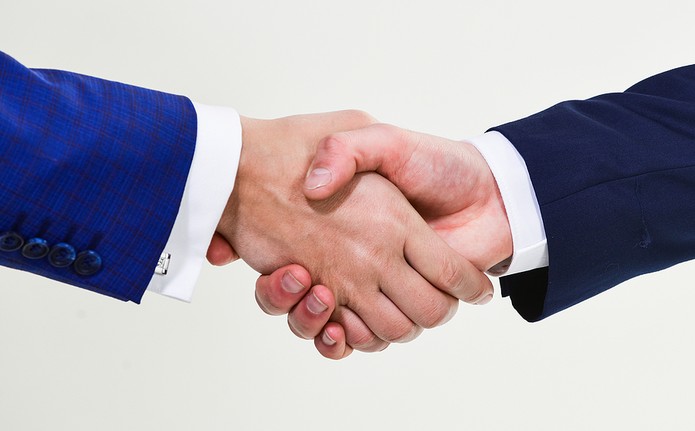 When you look at the raw numbers, the conclusion to be drawn is that gambling sponsorship in football is basically a consistent presence.

Based on last season’s figures, there were eight Premier League sides that were sponsored by a betting firm, and it will be the same number in 2021/22 too. Of course, some of those partnerships will be long-term deals carried over from the last campaign.

In the Championship, the number of gambling sponsors has dropped from nine in 2020/21 to six for the present campaign, which at least shows some kickback against the complete dominance of betting firms in the beautiful game.

Of course, these figures relate only to the main shirt sponsor, and there are other ways for gambling firms to get involved. They can appear as the sleeve sponsor as they wish, and many clubs have ‘betting partners’ that power the small betting shops and booths found on the concourse of many stadiums in English football.

Overall, there has been a drop-off of some 33% in gambling sponsorships in the Championship from last season to this, so maybe clubs are looking at the fact that there are less ‘controversial’ methods of bringing in commercial revenue.

Previous Post: « Is Joe Root the Greatest English Cricket Batsman of All Time?
Next Post: Pride in the Kenny Household as Jason and Laura Become Most Decorated British Olympians Ever »