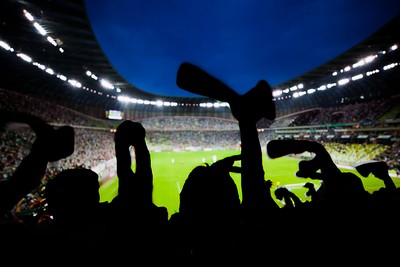 If you’ve ever been to a live football game, you may have considered it a miracle that the whole thing doesn’t descend into absolute chaos.

You take 30,000 people, some of whom whose judgement might be impaired by alcohol consumption, and you drop them into a highly charged, impassioned and tribal atmosphere.

And then you ask a handful of stewards, and a few police officers if they are available, to keep the whole thing under control.

Consequently, some football fans choose to take advantage of their numerical advantage by behaving badly – not realising, perhaps, that they are harming the club/national team in ways they hadn’t before considered.

Indeed, those idiotic individuals are perhaps lucky that the punishment very rarely fits the crime under the rule of the numerous incompetent governing bodies regulating the sport. For example, the Hungarian FA was fined £158,000 and handed a one-match stadium ban – with another game suspended – when their fans spewed racist chanting and vitriol at England players including Raheem Sterling in September.

For a national organisation, is a £158,000 fine hurtful? Does playing in front of an empty stadium for one game really harm, anybody?

When there’s no obvious deterrent to bad behaviour, it’s little wonder that those on the terraces act up – it’s like a young child trying their luck with meek and mild parents.

There’s another area for debate: should clubs/international teams be punished for the actions of fans? After all, nobody wants a totalitarian state where there’s a steward for every fan inside the ground, and so the understaffed stewarding is simply a reflection of giving supporters the best experience possible.

Until some consensus is sort, how can we expect the behaviour of fans to improve and the situation to be resolved?

The Case for Sanctioning Teams for Fan Behaviour

Let’s take a moment to take a deep dive into the mind of a football fan who has a penchant for naughtiness.

What is it that drives them? Maybe it’s the feeling of being emboldened within a crowd of like-minded people, or perhaps it’s because they’re out of their mind on booze and other things besides.

Maybe they are just ‘bad’ people, who are unruly and problematic in other areas of their lives?

To really understand fan behaviour, we need to consider how we might punish those involved. Clearly, a fine for individuals, stadium bans and the like are the best way forward – stop the individuals and you stop the crowd.

But the issue here is that teams aren’t always that forthcoming in doing that, and especially so in international football – were those Hungarians who racially abused Sterling and co punished individually? Not according to our research, and incredibly the Hungarian Foreign Minister even blamed England for the abuse on account of their ‘complaining.’

What FIFA, UEFA and the rest of football’s rulers need to work out is if punishing teams really persuades fans to clean up their act? At the end of the day, does any Hungarian care that their football association has been fined? Are they that fussed that they will miss the next game due to the stadium ban?

These are subjective notions, of course, but the conclusion many would take is that no, the average fan couldn’t give a hoot.

Perhaps then the real sanction that needs to be put in place is points deductions….more on that later.

The Case Against Sanctioning Teams for Fan Behaviour 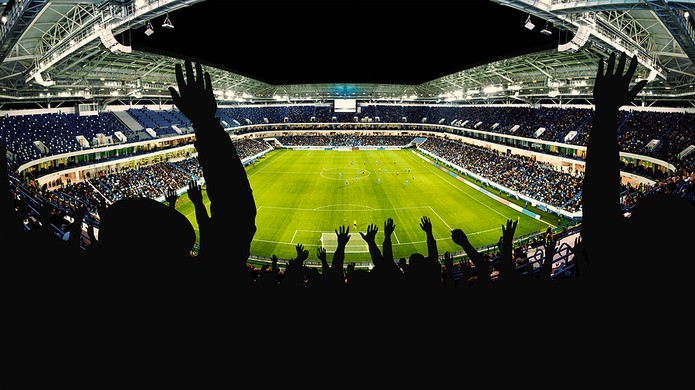 One of the universal truths in life is that it only takes a few bad eggs to spoil the cake (or something like that).

In the end, it’s very difficult to punish a handful of supporters and leave the thousands that do behave in an acceptable way without sanction.

Ultimately, teams have no way of ensuring that all of their fans behave in an appropriate manner – not unless you arm stewards with tasers and the like – so why should they be punished for their supporters’ actions?

Football clubs simply don’t have the tools at their disposal to stop bad behaviour as it unfolds. A message over a tannoy system is not going to cut the mustard, is it? In the end, you’re calling on people’s consciences to get the better of them….but as we know, that’s not always the best route to achieve success.

Should we be punishing teams for events that are completely beyond their control?

When the Punishment Fits the Crime 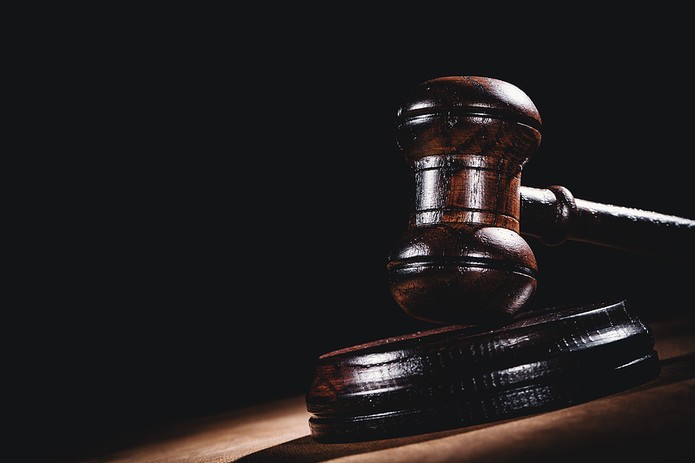 One of the few times that the authorities have really ruled hard and fast in fan management came after Heysel Disaster in 1985.

Liverpool fans, intent on entering the section of the Heysel Stadium reserved for Juventus fans ahead of the European Cup final, sparked a panic that saw 39 people killed and more than 600 injured.

An 18-month investigation into the disorder ruled that Liverpool fans were solely responsible for the devastation, and given that this wasn’t the first time that supporters of English clubs had been violent and out-of-control in Europe, UEFA were forced to act.

And so they banned all English clubs from continental football for a period that would last five years – six for Liverpool, and that naturally meant that fans were unable to watch their clubs play in Europe.

Did the punishment fit the crime? Given that lives were lost, it would be cruel to come to such a conclusion, but the sanctions at least showed supporters that such hooliganism would not be tolerated.

Behaviour began to improve from there on, by and large, although it would be fair to say that disorder has been creeping back into the game – just take a look at the carnage at Wembley Stadium ahead of the Euro 2020 final, and racist incidents domestically and abroad, for proof of that.

And the punishments have come full circle. Club sides are fined millions of pounds for breaches of Financial Fair Play regulations and the like, and yet when nations like Montenegro are provably racist they are given a smack on the bottom and fined a dismally small amount.

So, the only takeaway point we have is that tweaking your business accounts is bad, but racism and rioting are pretty much okay….what other conclusion can be drawn?

Points deductions could be an interesting way to go. They hurt the teams involved and, by proxy, they harm supporters too – a three-point sanction could be the difference between survival and relegation, a Champions League finish or otherwise.

In Australia, the Western Sydney Wanderers were hit with a three-point deduction due to their fans continually flaunting the rules on pyrotechnics. The punishment was suspended, and low and behold the Wanderers supporters’ behaviour improved rather markedly.

Perhaps this is the only way to punish clubs and fans equally for their misdemenours….

Previous Post: « Which Football Teams Have Been Fined For Bad Fan Behaviour?
Next Post: Transgender Athletes: Damning Report Reveals Sport Must Choose Between Inclusion and Fairness »