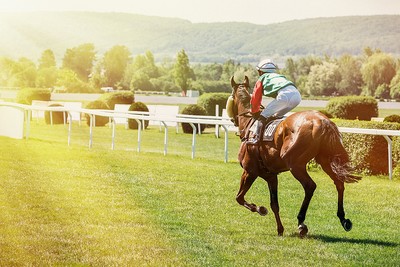 When the betting odds for one of horse racing’s ‘majors’ are released, it goes without saying that the absolute vast majority of interest is to be found at the head of the market.

That is where some of the finest horses in flat or jumps racing around today are to be found, with the outsiders considered nothing more than an attempt to add depth to the racecard.

But every dog has its day, as the old saying goes, and perhaps every horse has its day too – Torquator Tasso certainly had his under leaden skies at Longchamp in October.

The German horse confounded odds-makers – not that the bookies cared given how well Hurricane Lane and Adayar were backed – to win the prestigious Prix de l’Arc de Triomphe by the best part of a length at a princely price of 80/1.

The packed grandstand was stunned into silence as jockey Rene Piechulek and trainer Marcel Weiss – only in his second year in the sport – celebrated the unlikeliest of victories.

Of course, it’s not the first time an absolute outsider has won in horse racing, but it’s certainly rare for such an unfancied horse to triumph in a major.

Rare, but not completely unheard of, as this list of long-odds winners in major races attests:

Shock and awe are two of the words that can be used to describe Foinavon’s underdog victory on one of the biggest betting days of the year.

So momentous was the victory that a fence was named after the horse – the 23rd of the Aintree circuit, where such carnage unfolded in 1967 that the 100/1 chancer was able to clinch the unlikeliest of wins.

It really is hard to underestimate how shocking this win was. Owner Cyril Watkins, unwilling to pay the extra fee that jockeys typically got paid for the danger of competing in the National, called upon a complete unknown in John Buckingham, who had never appeared in the race before or seen the iconic fences first hand.

To describe Foinavon’s win as a surprise is confirmed by the fact that trainer John Kempton had gone to Worcester to watch some of his other horses instead, but he must have regretted that decision – to say the least – as the miracle unfolded.

It all happened at the fence later renamed as Foinavon. Popham Down got spooked and refused to jump it, veering to the right and taking out the leading group. Others refused to jump as the chaos broke out, and Foinavon – slowed to a trot by Buckingham – managed to find a gap to jump through.

He approached the last a remarkable 30 lengths clear, and while some of those unsettled by the drama at the 23rd fence had recovered, they simply could not close the gap as Foinavon took the tape to the astonishment of everyone.

The 1990 Gold Cup seemed perfectly set-up for Desert Orchid to successfully defend his crown at the Cheltenham Festival and remind everyone of his status as the best in the business.

He went off as a 10/11 favourite that day, and in his typically hard running style hit the front early ahead of the also-fancied Toby Tobias – a grandstand finish looked assured, although it transpired not in the way many had expected.

On the morning of the race, Sirrell Griffiths milked his dairy herd as normal, before setting off for his second passion – packing Norton’s Coin into his trailer and setting off for Prestbury Park.

It was the biggest day of Griffiths’ racing life and the most prestigious race that Norton’s Coin had contested, and so merely experiencing the Gold Cup feeling would have been enough.

But as Desert Orchid and Toby Tobias began their head-to-head battle, they were joined at the front of the pack by Norton’s Coin, who stubbornly refused to give up ground.

Desert Orchid began to fade three from home, and that spurred the 100/1 outsider forward to go neck-and-neck with Toby Tobias. They enjoyed a fantastic, famous scrap in the final furlong, but it was Norton’s Coin – unbelievably – that edged ahead to become the longest-odds winner in Gold Cup history.

Amazingly, it was only an admin error from Griffiths that got the horse into the Gold Cup – his original plan was to run Norton’s Coin in one of the Festival handicaps, but he missed the entry deadline.

It was the happiest of accidents, and a feat that will always certainly never be matched.

It may surprise you to learn that bookmakers were taking on bets as early as 1822, but it’s true – although their ability to accurately price a race perhaps wasn’t all that sharp if this shock result is anything to go by.

Theodore was a 200/1 no hoper in the St Leger – that’s an implied probability of 0.5% of winning, based upon the fact that trainer James Croft had reported ill health and poor form on the gallops – indeed, one subsequent run was so poor that Croft and connections were accused of race fixing.

But on St Leger, something must have sparked inside Theodore, who produced the run of his life – beating two of Croft’s more fancied entries into second and third.

Theodore never reached the same heights again, but retired with his position in the legacy of British Classics – as well as the rollcall of longest odds winners – assured.

Previous Post: « Transgender Athletes: Damning Report Reveals Sport Must Choose Between Inclusion and Fairness
Next Post: Are Derby County About to Go Out of Business? »