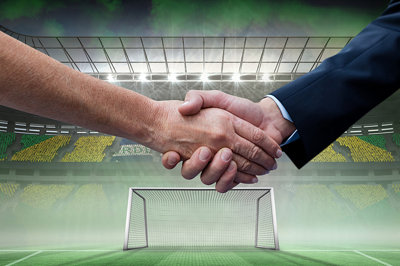 There was an old joke about former Newcastle United and Crystal Palace goalkeeper John Burridge: he’s had more clubs than Jack Nicklaus.

If that quip was to be deployed in the case of nomadic striker Jefferson Louis, it would have to be updated to more clubs than Jack Nicklaus, Arnold Palmer and Gary Player combined.

The 42-year-old is still playing and has just signed terms for the 41st – yes, you read that correctly – club of his career. North Leigh will be his latest destination in the Southern League Division One Central, and the club’s director of football, Craig Dore, said with some understatement: “He possesses a wealth of footballing experience, which will be invaluable for the younger members of the first team.”

We’ve done our homework and we simply cannot find anybody, anywhere that has had as many clubs as Louis. Send us your answers on a postcard if there is a journeyman with a similar appetite for pastures new worldwide.

Otherwise, who also features on the list of players that have represented the most clubs?

Jefferson Louis has signed for the Millers!!!🟡⚫

The 42 year old forward has joined from Beaconsfield Town!

The forward made his debut for Risborough Rangers in 1996, and after scoring goals at non-league level netted himself a trial with Oxford United in 2002.

Louis made worldwide headlines when he was shown on dancing naked live on TV when the Us drew Arsenal in the third round of the FA Cup, not long after he had hit the showers after scoring in Oxford’s second round win over Swindon.

From there, Louis’ wanderlust really took hold, and he would play for a remarkable six clubs in 2005 alone – Woking, Bristol Rovers, Hemel Hempstead, Lewes, Worthing and Stevenage Borough.

He seemed to have found a semi-permanent home at Wrexham, netting 15 goals in 42 appearances between 2008-09, but it wasn’t long before he was back on the road.

For the next decade, Louis has played for pretty much every non-league team south of the Midlands, and as if his ubiquity in the UK wasn’t enough he also won an international cap for Dominica back in 2010.

In 2018, Sebastian Abreu was inducted into the Guinness Book of World Records after joining his 26th club – that made him the top of the tree when it comes to the number of professional clubs played for.

From Defensor in Uruguay to Audax Italiano in Chile, Abreu had – at the time – played in eleven different countries and made 70 international appearances for the Uruguayans.

But that wasn’t the end of it. The striker played on, eventually retiring at the age of 44 having played for five more clubs – taking his tally to a remarkable 31.

Given that goalkeepers tend to have more longevity than outfield players, it’s perhaps no surprise that a shot stopper features so prominently on this list.

John Burridge made his first-team debut at Workington Town in 1969 and made his final appearance between the sticks 28 years later – with a further 28 clubs snapping him up.

Budgie, as he is known, is perhaps best known for his spells at Newcastle United, Crystal Palace – with whom he won the Second Division title in 1978/79 – and Aston Villa, where he was a League Cup winner in 1977.

In the later years of his career, Burridge was signed largely as an emergency goalkeeper, and it was through one such deal at Manchester City in 1994, that he became the oldest player in Premier League history at the sprightly age of 43 years and four months.

Burridge would finally hang up his gloves after a spell as player-manager at Blyth Spartans – not bad for a 45-year-old.

The little-known German goalkeeper has certainly made his name around the world of football, appearing for 26 different clubs on six continents!

Pfannenstiel was highly-rated as a youngster, and represented Germany as a 17-year-old having started his career at FC Bad Kozting.

Spells at Nottingham Forest, Wimbledon and Huddersfield Town saw Pfannenstiel fail to make a single first-team appearance, and that set into motion a journey that would see him play in New Zealand, Canada, Albania, Brazil and Namibia.

There is some doubt as to how many clubs Claudio Adao actually played for, given that he played for some outfits more than once and for some on non-contract terms.

But by our reckoning, the Brazilian appeared for 21 different clubs across a 24-year career – which included a time in which he was named as the heir apparent to Pele, no less.

Starting out at Santos in 1972, Adao progressed so quickly that most expected him to fill the void of Pele in attack – the greatest ever had, by this point, switched to New York Cosmos after a colossal career in Brazil in which he netted more than 600 club goals.

A nasty injury halted Adao’s progress, and he left for Flamengo in 1977 – the first of 20 other spells he would have at different clubs within the next 19 years.

A quick mention to for his son Felipe, himself a striker that has had 18 clubs and is still going strong at the age of 35!

Previous Post: « Should Former Professional Sports Stars Be Able to Sue When Diagnosed with Dementia?
Next Post: Why Sport Needs to Get Real On Climate Change….Before It’s Too Late »