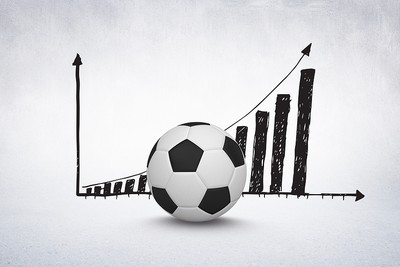 Is Pep Guardiola a better manager than Jurgen Klopp?

These are questions that can only be answered in the fullness of time, but a deep dive into their managerial stats does offer some insight that can’t be learned purely from the league table.

Of course, simple win ratios aren’t really the best measure of success – we need to know more, such as transfer spend and points-per-game won, that can be cross-referenced to measure for efficiency….who has a high PPG ratio compared to their spending?

So that’s what we’ve done in this article. There are come caveats – our metric does not favour those who spent lots of dosh on shiny new players, and it also doesn’t take into account the number of games measured.

But as a general guide, we can use our calculations to determine who is the best manager in the Premier League?

So what do we learn from these managers’ performance? We would certainly suggest that an efficiency of 0.007 or higher is indicative of a boss doing a decent job, and so the likes of Mikel Arteta, Graham Potter, Sean Dyche and Brendan Rodgers should be pleased with their work.

Of course, there are those caveats to return to. What are the expectations of these clubs, and what kind of a team did the manager inherit? To that end, we would have to surmise that Potter and Dyche are operating on a higher plain than Arteta and Rodgers, given that they both initially took on weaker squads for whom avoiding relegation is/was the watch word.

Dyche & Bielsa Punching Above Their Weight

Special mention must go to Dyche, whose excellent efficiency at Burnley is backed by a spend of barely £150 million in more than five Premier League seasons at the helm (this data doesn’t include his first campaign in charge prior to relegation to the Championship). His playing style isn’t for everyone, hence why he doesn’t get linked to big jobs, but it’s clear that the Clarets boss is one of the best in the business.

Elsewhere, we have to doff our cap to Marcelo Bielsa. He is doing an incredible job at Leeds, and an efficiency of 0.0097 at a relatively newly-promoted team is extraordinary. He’s only managed the Yorkshire outfit in 48 Premier League games at the time of writing, so some judgement is reserved, but the hype around Bielsa is justified even amid Leeds’ slow start to the 2021/22 campaign.

The likes of Thomas Tuchel, Patrick Vieira and Thomas Frank haven’t managed enough games yet to be considered anything other than outliers, while a note about Rafa Benitez – his efficiency during his reign at Liverpool was 0.0059, so while he brought the Reds some Champions League glory, his domestic record isn’t all that strong.

Dean Must Do Better at Villa

A Premier League manager that must do better? Dean Smith at Aston Villa. He’s spent a whopping £325 million and been rewarded with just 1.16 points per game – that, you might surmise, simply isn’t good enough.

There’s plenty to dive into here, and one of the immediate pointers that stands out is just how more efficient Jurgen Klopp has been at Liverpool than Pep Guardiola at Manchester City.

We know our methodology is skewed against those who spent money, but from a relatively similar number of games Klopp has achieved an excellent points-per-game return from almost half the spending of Pep.

Is Ole Gunnar Solskjaer as bad a manager as many make out? Perhaps, given that he averages less than two points-per game despite spending a whopping £412 million in just a couple of seasons. He has lasted a surprisingly long time at Old Trafford.

Will Antonio Conte bring instant success to Tottenham? It’s possible, and an efficiency of 0.006 is pretty good for a manager that spends so lavishly. But that might be the key for Spurs – Daniel Levy opening his chequebook yet again to sate the Italian’s desire for new players.

Respect should be shown to David Moyes and Claudio Ranieri, who have over-achieved time and time again in lengthy Premier League careers. It’s hard to overstate how good a job Moyes has done at Everton and now West Ham, and while his efficiency may look low at 0.0039, remember that he has managed in the top flight for well over a decade.

It could be said, and here’s a bit of time to sharpen your knives, that David Moyes is a better manager than Pep Guardiola.

Ralph Solid at the Saints

Mention must be made of Ralph Hasenhuttl’s job at Southampton. He’s another that has a healthy points-per-game return from meagre spending, and while Saints fans may expect more the truth is that on their budget mere survival is a decent effort.

Emery for the Toon?

We’ve added Unai Emery just for fun to the Newcastle United column. Press speculation suggests he has turned down the Magpies job, and it remains to be seen what he would have brought to them after struggling to some extent after inheriting an excellent Arsenal squad.

So Who is the Best Manager in the Premier League? 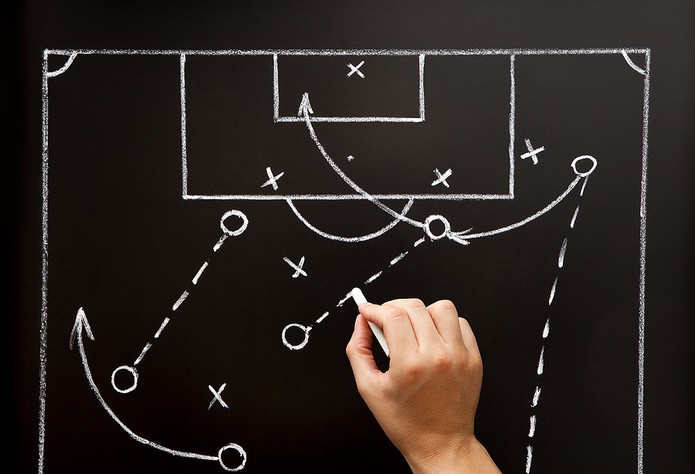 As mentioned, our efficiency rating doesn’t consider some non-tangible factors, like club strength, quality of squad inherited and length of time in charge.

But we might suggest that those who do stellar work with minimal budgets – Sean Dyche and David Moyes, for example – are better managers, pound for pound, than the likes of Pep Guardiola, whose haul of three Premier League titles and zero Champions League honours is somewhat below-par given his astronomical spending.

In time, we expect Brendan Rodgers and Graham Potter to be handed the reigns of a big club, while for the likes of Ole Gunnar Solskjaer and Dean Smith, the prognosis is rather less positive.

Previous Post: « Why Sport Needs to Get Real On Climate Change….Before It’s Too Late
Next Post: Which Football Managers Have Managed the Most Games? »