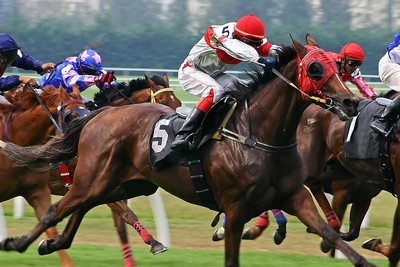 It was a landmark moment for Freddy Tylicki, and it could well prove to be a historic moment for horse racing too.

A High Court judge has ruled that Graham Gibbons was responsible for the fall that paralysed Tylicki at Kempton back in 2016, accusing the jockey of ‘reckless disregard’ for the safety of his fellow rider.

Gibbons had denied negligence and causing Tylicki’s devastating injuries, which saw him paralysed from the waist down after he fell from his mount Nellie Deen. But judge Karen Walden-Smith upheld Tylick’s complaint, awarding him 6 million in damages.

“In this case, the actions of Mr Gibbons riding Madame Butterfly on 16 October 2016, colliding with Nellie Deen mounted by Mr Tylicki, were not mere lapses of concentration or inattentiveness,” Walden-Smith wrote in a statement.

“The actions of Mr Gibbons were, for the reasons I have found and based on the detailed evidence I have scrutinised, undertaken in reckless disregard for the safety of Mr Tylicki.”

Interestingly, the judge was quick to point out that the ‘finding does not set a precedent either within horse racing or in sport generally’, but you have to wonder how it couldn’t – knowing you could be held liable if taking an aggressive riding style will surely seep into the consciousness of jockeys up and down the land.

Tylicki also queried why BHA officials only find, on average, one case of dangerous riding every ten years, and questioned whether there was any ‘deterrent’ for jockeys not to risk life and limb when there’s so much prize money at stake.

So What Actually Happened?

It was a horse racing meeting like any other at Kempton that fateful day.

Tylicki and Gibbons, aboard the favourite Madame Butterfly, were contesting the business end of a handicap when their horses collided.

Gibbons maintained that he hadn’t seen Tylicki on the inside rail as he shunted his mount to the right, while Tylicki has argued that Gibbons deliberately tried to gain an advantage by cutting him up as the race entered the final straight.

The now 35-year-old claimed he shouted to Gibbons to let him know he was there – a move Tylicki later described as a ‘shout for survival’ after fearing the worst.

But Gibbons claimed he was ‘shocked and surprised’ to see Tylicki on his inside, however it was then too late to change the course of his horse.

After four days of deliberations at the High Court, the judge ruled that Gibbons should have known that Tylicki was on the inside.

“If Mr Gibbons was not aware of Nellie Deen’s presence he clearly should have been.

“He was considered to be a highly skilled and talented jockey, and a jockey, particularly riding at this very high level, both needs to be, and is, able to assess and reassess the constantly changing racing conditions, which includes the positioning of other horses that are nearby, in order to be able to adjust their own riding and tactics.”

She confirmed her belief that Gibbons had ridden with scant regard for the safety of Tylicki – a position perhaps exacerbated by the fact Madame Butterfly was a hot favourite for the race, and was struggling to gain a foothold in the contest.

The judge also claimed that documentary evidence showed that Gibbons ‘exerted real pressure’ on his right hand rein, which was a moved designed to instruct his horse to cut across the path of Tylicki aboard Nellie Deen. Gibbons ‘did not stop’ bringing her closer to the running rail even after colliding with his rival, which caused a pile-up involving four horses.

What Does It Mean for Racing? 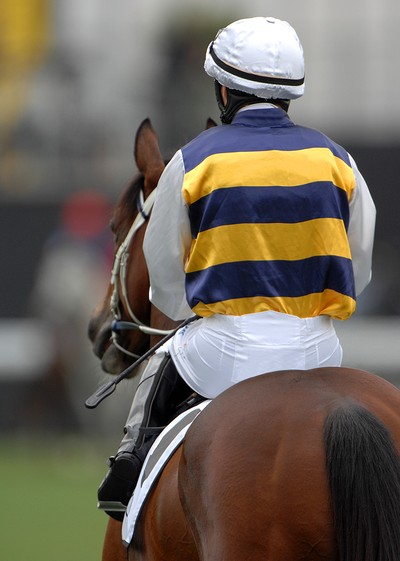 Like any results-based business, jockeys are under pressure to deliver wins – especially when they are aboard the favourite or one of the market principles.

With connections and punters desperate for a payday, a jockey shoulders the burden of expectation – it’s not surprising that some will ride in a questionable way in order to gain an edge.

Tylicki’s successful court case is the first time that a jockey has sued another for negligence following a mid-race incident, and while the presiding judge was at pains to conclude that this was an isolated episode and not a legal precedent, how can it be considered anything other?

There are associated implications. Jockeys take out indemnity insurance to protect themselves in such situations, and so Tylicki’s reported £6 million payout in damages will be covered by Gibbons’ insurer. But will insurance companies be so willing to hand out such policies now that the door to civil lawsuits has been opened?

The BHA will also come under scrutiny. Their stewards had waved away the incident at Kempton, claiming the collision was an ‘accidental clipping of heels’, and they adjourned their investigation on the very same day despite only two of the jockeys involved in the race being available to give evidence.

This story has become a major news event around the world, and it’s not the first time that the BHA has felt the spotlight on them.

Previous Post: « How Does the Premier League Decide Which Games to Postpone?
Next Post: How Often Does the Ashes End in a Whitewash Win? »