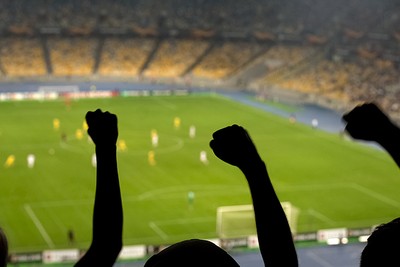 There’s no better barometer for a footballer as to their popularity than whether their own club’s fans show them support or give them dog’s abuse – or in the case of Kurt Zouma, perhaps that should be cat’s abuse.

The West Ham defender has been at the centre of a storm since the video of him attacking his pet cat emerged, and while opposition supporters are agreed on their vilification of the Frenchman, Hammers fans have been split down the middle.

On the one hand, there has been a rather disgusting terrace chant created in Zouma’s ‘honour’, and yet when his name was read out over the tannoy when the Irons played Watford in the hours after the video was published, he was roundly booed by the majority inside the Olympic Stadium.

To offer some kind of context, Zouma really ought to have been suspended by West Ham or at least dropped from the starting eleven for the foreseeable future – the pig-headedness of David Moyes to continue picking the defender even as a criminal investigation is being carried out defies all sense and logic.

That perceived lack of punishment is just one of the reasons why Zouma will continue to be heckled by his own fans and those of the opposition – a scenario that surely played a part in him pulling out of the Leicester game after claiming an ‘injury’ in the warm up.

If it’s any consolation to the 27-year-old, he’s not the first player to have been booed by his own club’s fans – and you suspect he won’t be the last.

There can’t have been many footballers in history that have had a more love-hate relationship than Gareth Bale and Real Madrid.

There have been plenty of good times – four Champions League wins and a pair of La Liga titles have come during the Welshman’s time in Spain, and his incredible bicycle kick was the catalyst for the Galacticos’ 3-1 win over Liverpool in the 2017/18 Champions League final.

But there is a perception of Bale as something of a mercenary who only plays football for the money, and that is not something that has gone down well with the Madrid faithful – the nadir came when the winger was booed during an El Clasico game against Barcelona for a perceived lack of effort.

Of course, Bale hasn’t always helped himself. His infamous ‘Wales. Golf. Madrid. In That Order’ flag was not the smartest of ideas….

It’s rare that football and politics mix, but when they do it can be a recipe for disaster.

In October 2017, the Spanish region of Catalonia held a referendum of independence, and locals replied pretty much unanimously – 92% wanted the autonomous community to seek separation from Spain’s government.

Naturally, patriotic types weren’t particularly amused, and while the Spanish government claimed the referendum was unconstitutional and refused to recognise its result, fans of the national football team turned their ire on Gerard Pique – an outspoken supporter of Catalonian independence.

He was roundly booed when appearing during a public training session with his Spain teammates just days after the referendum, and unsurprisingly retired from international duty less than a year later at the age of 31.

If you want to ensure that you are booed by your own club’s fans, two ways you can definitely achieve that are to a) stall over signing a new contract, and b) publicly court a move to a rival.

Rio Ferdinand managed to score two bullseyes with one dart back in 2005 when he refused to sign a new deal being offered to him by Manchester United – thought to be worth a cool £100,000 per week.

The defender ramped up the discord when he was photographed dining in London with Peter Kenyon, who at the time was the chief executive of Chelsea.

Sir Alex Ferguson accused Kenyon of ‘contempt’ in a ferocious interview shortly after, while Ferdinand was roundly booed throughout United’s pre-season campaign until he put pen to paper on the new deal.

It would be fair to describe Granit Xhaka as a footballer that plays ‘on the edge’.

The Swiss midfielder is on course to become of the most carded players in Premier League history, and his short temper was in evidence during a game for Arsenal against Crystal Palace back in 2019.

Xhaka produced a disastrous performance and was subbed off in the 66th minute to cat calls from the Arsenal fans. Not able to let it lie, he proceeded to rip off his shirt and throw it to the ground, before gesturing at supporters and mouthing obscenities at them.

Incredibly, he was the club’s captain at the time.

He would soon be welcomed back into the fold, but even today there are plenty of Arsenal fans unwilling to forgive Xhaka’s petulance.

For those not in the know, the ‘ultras’ among Inter Milan’s fanbase are amongst the most passionate in the world.

It’s best then not to cross them, but nobody clued up Argentine striker Mauro Icardi, who left the club before he was chased out following an incredible outburst.

In his autobiography ‘Sempre Avanti’, the striker writes about an altercation with the leader of the ultras following a 1-3 defeat to Sassuolo, and claimed he would ‘bring 100 criminals’ over from Argentina and have the supporter’s group killed.

“How many of them are there? Fifty? A hundred? Two hundred? Okay, record my message and let them hear it. I will bring 100 criminals from Argentina, who will kill them on the spot.”

Icardi was, unsurprisingly, stripped of the captaincy, but he continued to play for the club until a loan deal with PSG was sorted – being roundly booed in the interim period.

Previous Post: « What Next for Kurt Zouma: Could West Ham Drop Him?
Next Post: The Saudi Golf League: What Is It and Will It Happen? »