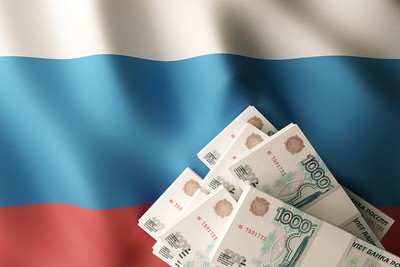 The conflict between Russia and Ukraine has led many companies and organisations considering whether they want to do business with Vladimir Putin now and in the future.

The sporting world has also been shaken from its slumber, and is beginning to realise that perhaps Russian money isn’t good money. Both Poland and Sweden have refused to play World Cup play-offs in the country, while UEFA have dished out their own punishment by ditching Saint Petersburg as the host of the 2022 Champions League final.

Schalke have ended their partnership with the Russian state-controlled energy firm Gazprom, and the situation is so bad for Putin and co that the country has even been banned from entering Eurovision – heaven forbid.

Of course, everybody is sorry after the fact, but it’s fair to say the Premier League is steeped in cash splashed around by Russian oligarchs and businesses. Taking a moral stance is one thing, but saying goodbye to seven figure sponsorship deals? For a sport as money-obsessed as football, perhaps even war crimes can be forgiven.

So which Premier League clubs would be most hurt if the bigwigs decided not to allow Russian investment anymore?

In the doldrums prior to his takeover in 2003, Chelsea are indebted to Roman Abramovich for turning their club around.

The Blues have since won the Premier League, triumphed in the Champions League and become one of the richest and most desirable clubs on the planet.

The Russian *only* paid £140 million for the London outfit, but according to research has helped Chelsea’s operating revenue increase from €134 million per year to more than €500 million annually.

The downside? He has had to spend £2 billion of his own money on the players capable of taking the club to such dizzying heights, which is a sizable chunk of his reported £13.6 billion fortune.

There are rumours that Abramovich is a close comrade of Putin’s, and if the Premier League or the Football Association moved to sanction him you do wonder what that would mean for the future of Chelsea FC.

Interestingly, the oligarch has attempted to get one step ahead of the game by handing over the reins of ownership to Chelsea’s own charitable foundation – the tokenest of token gestures.

“I have always taken decisions with the Club’s best interest at heart. I remain committed to these values,” Abramovich declared in a statement.

“That is why I am today giving trustees of Chelsea’s charitable Foundation the stewardship and care of Chelsea FC.”

It may be enough for him to control the Blues from afar, while taking the necessary PR step that suggests Chelsea are doing the right thing given the circumstances.

These billionaires rarely accrue their fortunes without being canny operators….

There’s a few uncertainties about the exact role that Alisher Usmanov plays at Everton.

The owner of the Merseyside club is Farhad Moshiri, who amongst numerous business interests has a small shareholding in a Russian company called USM Holdings….the same USM Holdings that sponsors Everton’s training ground and owns the naming rights to the club’s new stadium, which is under construction.

Now, USM Holdings is majority owned by Usmanov, who owns another firm – MegaFon – that is the shirt sponsor of Everton’s ladies team.

It has been suggested that Russian entrepreneurs who refuse to condemn Putin’s actions could be sanctioned in some way, and if that comes to pass that could see Usmanov forced to pull his investment out of the Toffees – a speculative notion at this stage, but one that becomes increasingly likely if the UK is committed to not intervening on a military level.

Usmanov, who is thought to be worth around $15.3 billion, who sold his shareholding in Arsenal back in 2018, was previously a chief at Gazprom Investholding – a position that suggests a close tie with Putin.

There is rather less confusion surrounding the connection between Manchester United and Aeroflot.

The Russian airline signed a sponsorship deal with the Old Trafford club back in 2013, paying £40 million to be named as United’s ‘official carrier’.

But the firm were banned from UK airspace by Boris Johnson in a range of sanctions metered out against Russian enterprises, and United were quick to announce that they had ended their deal with Aeroflot a year early.

“In light of events in Ukraine, we have withdrawn Aeroflot’s sponsorship rights” a spokesperson revealed.

“We share the concerns of our fans around the world and extend our sympathies to those affected.”