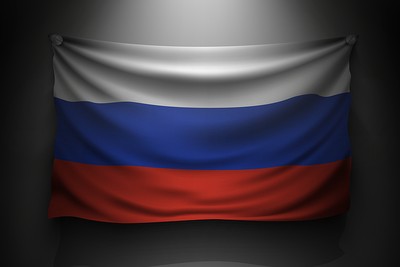 You wonder if UEFA really wanted to move the 2022 Champions League final from one of their major ‘benefactors’, Russia.

Clearly, a country on the brink of all-out war cannot host the continent’s showpiece football occasion, and the decision to move the final to the Stade de France in Paris was a no-brainer.

But was the decision purely logistical on the part of UEFA, rather than a deeper desire to punish Russian authorities for their atrocities in Ukraine?

Moving continental and international games to neutral venues was also an act of necessity, and we wait to see what other sanctions UEFA decides to dole out to a country that has become something of an inconvenient friend in recent years.

In Russia, energy supplies are state run and controlled, with the government holding a greater than 50% ownership stake in the supplier Gazprom.

It is the largest natural gas company in the world, and that naturally has ramifications for the supply chain if Vladimir Putin decides he doesn’t want to do business with the Western world anymore.

Gazprom is also a major sponsor of world football. In 2012, they signed a deal with UEFA to become a principal partner of the Champions League and Super Cup, paying around €40 million into UEFA’s coffers each year. In 2013, they inked a similar agreement with FIFA – is it any coincidence that Russia has since been handed hosting rights of the Champions League final and World Cup?

And then we come to Alexander Dyukov. The chairman of Gazprom, he also sits as the president of the Russian Football Union, and has therefore been elected to UEFA’s executive committee. He was formerly the president at Zenit St Petersburg….the club chosen to host the Champions League final.

One of Gazprom’s biggest clients when it comes to energy supply is Germany, and it hardly raised any eyebrows when it was revealed that the firm were to become the main sponsor of Schalke 04 – a club in a town built around a former coal mining community. The tunnel at their VELTINS Arena home is even designed to pay homage to its heritage.

The Nord Stream pipeline connects Russia and Germany, and that project was embroiled in controversy from the start. The German chancellor that signed off on the deal, Gerhard Schroeder, was accused of corruption. Amazingly, once voted out of office, he joined Gazprom on their board of directors.

In the wake of the conflict with Ukraine, Schalke have revealed they have dropped Gazprom as a commercial partner. But UEFA hasn’t at the time of writing, and for the integrity of European football shouldn’t we be very concerned by that?

Aleksander Ceferin: The Man Who Can

When Aleksander Ceferin revealed his desire to be elected as the president of UEFA back in 2016, he promised to rid the governing body of the scourge of corruption and scandal.

The leadership battle had come about following criminal investigations into the activities of UEFA’s former president, Michel Platini. It was later confirmed that the Frenchman had accepted a £1.3 million bung from former FIFA chief Sepp Blatter, and he was subsequently banned from all presidential duties.

“I will work towards better protection and integrity of our sport by fighting against corruption and match-fixing, against doping and by ensuring a safe football environment for all participants,” Ceferin said when launching his presidential bid.

“I believe I can bring a new wind, new ideas and approaches which are necessary for a better role of the UEFA in further development of the European football.”

Now elected, the hope is that Ceferin will remain true to his word, and in fairness to him he was a vocal opponent of the proposed European Super League, which came and went with much fanfare in 2021. Of course, a breakaway concept like that would seriously harm UEFA’s standing in the modern game, so the Slovenian was naturally against it.

Perhaps his next mission will be to elbow Russia out of football governance, removing the influence that Gazprom and the likes of Dyukov seemingly have in determining who hosts the continent’s major football competitions.

Keep your friends close and your enemies closer, as the old saying goes. But sometimes it’s best to cut ties altogether.

Previous Post: « Should the Number of Overseas Players in the Premier League Be Capped?
Next Post: How Many Premier League Clubs are Financed by Russian Money? »