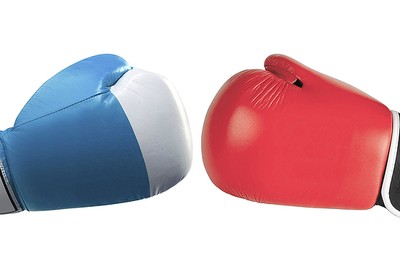 Since the two managers took charge of their clubs in 2016 and 2015 respectively, they have shared four Premier League titles between them and finished 1-2 on a pair of occasions – with 2021/22 looking likely to make it a hat-trick.

Intriguingly, Manchester City are set to welcome Liverpool to the Etihad Stadium on April 10 in a game that will go along way towards deciding who will win the title this term.

As such, now seems as good a time as many to take a look at how the two managers have fared against one another, first in the Premier League and then dating back to their time in the German Bundesliga.

When Pep entered the Manchester City dugout for the first time in August 2016, he joined his old foe Klopp in English football – neither could have expected their rivalry to become even more fierce after their time competing in Germany.

Their first meeting in the Premier League came on New Year’s Eve 2016, and it was Klopp who toasted 2017 with a smile as Liverpool triumphed 1-0 at Anfield.

They drew their next encounter, before the infamous 5-0 thrashing City dished out on the Reds after Sadio Mane saw red for a controversial tackle in the first half.

That must have spurred Liverpool on as they won the next three meetings between the sides. They played out a 4-3 thriller at Anfield in January 2018, before victories home and away saw Klopp dump Pep out of the 2017/18 Champions League.

City steadied the ship with a 0-0 draw in their next Premier League meeting, before winning 2-1 against the Reds in a game of enormous magnitude in January 2019 – that was the record-breaking season in which Klopp’s men won 97 points and still couldn’t beat Pep’s side to the title!

City won the subsequent Community Shield game on penalties in August of that year, with Liverpool securing a 3-1 win in November 2019. That would actually be the last time that the Merseysiders would beat City at the time of writing.

*matches played at a neutral venue

When we look at the overall record it is actually Jurgen Klopp’s Liverpool who have the edge over Pep’s Manchester City with six wins to four, with five matches drawn. 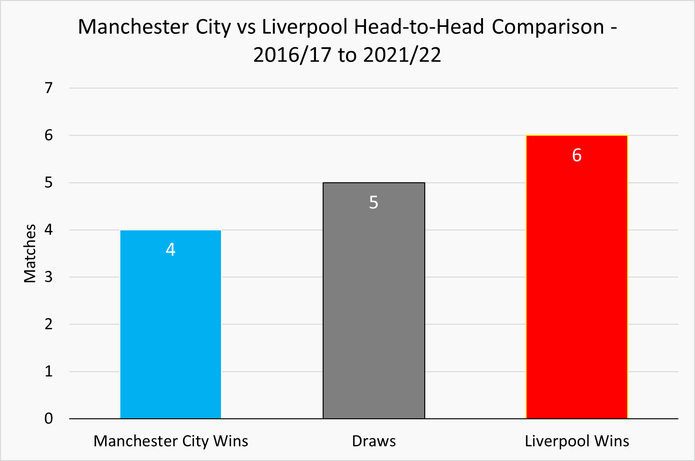 Who Has Won the Most Trophies in England?

Of course, head-to-head bragging rights are one thing, but winning silverware is quite another entirely.

It’s what football managers are ultimately judged on, and to that end we might say that Pep just has the edge on Klopp.

The Spaniard has overseen ten trophy wins at Manchester City up to press, including three Premier League titles, an FA Cup and four EFL Cup triumphs.

But are we judging them based on quantity of trophies or quality? If it’s the latter, we might just say that Klopp has the edge. He’s only won the Premier League once, but has a Champions League victory to his name – the silverware that remains frustratingly elusive for Pep and everyone involved at City.

Pep Guardiola was head coach of Bayern Munich between 2013 and 2016, while Jurgen Klopp managed Borussia Dortmund from 2008-2015 – as the two eminent teams in German football, their paths would cross on a number of occasions in ‘Der Klassiker’ too.

Their first meeting came in the Super Cup in July 2013, with Klopp offering a tough introduction to German football in a 4-2 victory for Dortmund.

But it wouldn’t be too long before Pep got his Bayern side playing in his image, and the next time they met that November the Bavarians ran out handsome 3-0 winners.

Dortmund would gain revenge in their next meeting but to little avail – Bayern would go on to clinch the Bundesliga title for 2013/14, and to make matters worse Pep would guide his team to victory in the DFB Pokal final (the German equivalent of the FA Cup) against Klopp’s outfit in May 2014.

In Klopp’s last full season as Dortmund head coach in 2014/15, he would clash with Pep on four more occasions. Once again, he guided the Yellow-and-Blacks to German Super Cup glory against Bayern, but again Pep would enjoy his revenge in the Bundesliga next time out.

The April 2015 meeting in the league went the way of Bayern as they romped to another Bundesliga success, before Klopp would have one parting gift – knocking Pep out of the DFB Pokal at the semi-final stage. The contest went to a penalty shootout, and incredibly Bayern missed all of their opening four spot kicks to hand the game to Dortmund.

The managerial duo wouldn’t collide again for over a year….but Man City vs Liverpool has been every bit as engrossing as Bayern vs Dortmund.

Previous Post: « Should Sports Stars Ever Be Banned Due to Politics?
Next Post: Manchester City vs Liverpool: Which Is English Football’s Best Team in the Modern Era? »