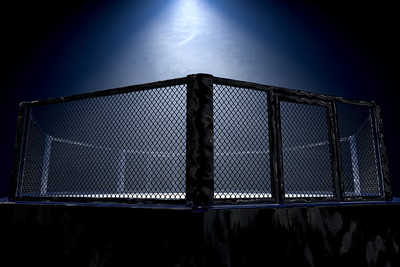 Sporting stars often say strange things when they are feeling under pressure, but Tyson Fury – the WBC champion and largely regarded as the best heavyweight boxer on the planet – has insisted that he will retire from the sport after his fight with Dillian Whyte.

The Gypsy King, who’s still only 33, will walk away from the possibility of a unification bout with the winner of the proposed Oleksandr Usyk and Anthony Joshua rematch – casting aside the chance to make millions and be crowned the undisputed heavyweight champion of the world.

Whether Fury goes through with his threat remains to be seen, but he has already identified one potential bout that would see him lace up his boots for one last time.

He plans to take on UFC heavyweight champion Francis Ngannou in what could be loosely described as a hybrid sport – bringing together the skillset of boxing with the intimidating MMA environment.

Fury has said that the contest, which could take place in Las Vegas in 2023, would see the pair don 4oz gloves – the same as worn in UFC fights, and much lighter than the standard 14oz boxing gloves – and lock horns inside a cage similar to that used in the flagship mixed martial arts promotion.

Ngannou is, at the time of writing, out of contract with the UFC, so he and the possibly-retired Fury would have free reign to talk terms on their unique crossover.

“[It will be a] very big [fight]. I believe it breaks all pay-per-view records in the United States. Two heavyweights, champions going head to head,” the Gypsy King revealed.

For those interested in hybrid sports from around the world, you’ll be delighted to hear that not all are as physically demanding as this boxing-MMA war of the worlds….

Originally a slightly bonkers idea, footgolf has become a staple of stag dos up and down the land.

It is exactly as the name suggests – the rules of golf, but with players trying to kick their ball into appropriately-sized holes, rather than hit it there with driver or iron.

Each hole has a different par rating, and players score birdies and bogeys based upon how many shots it takes them to down their ball.

The hybrid sport already has its own governing body – the Federation for International FootGolf (FIFG), and that’s not bad given that it was only invented as recently as 2008 by Michael Jansen and Bas Korsten….the brother of former Tottenham midfielder Willem.

There’s already a footgolf World Cup too, with the likes of France and USA getting their hands on the trophy.

What happens when you combine a chess game with a boxing match? You get, erm, chess boxing.

It sounds absolutely bonkers, and it is really – competitors alternate rounds of speed chess with boxing, and the winner is declared either via checkmate or knockout (although time penalties in the chess or points victories in the boxing are possible).

The World Chessboxing Association and World Chess Boxing Organisation oversee the hybrid sport, and some big names from the world of boxing have crossed over – Terry Marsh, the former IBF lightweight champion who retired unbeaten, was a junior chess champion in his own right, so this hybrid sport was right up his street.

There’s been less of a rush from chess grandmasters to lace up their gloves, however….

Whoever invented bossaball was either a genius or slightly unhinged….we’ll let you decide.

In essence, it takes the rules and format of volleyball, but instead of playing on a court or on the beach, the action unfolds on a giant trampoline that runs the length of the playing surface.

Not only that, the participants are able to hit the ball over the net using pretty much any body part – hence why it also combines elements of football, gymnastics and even Brazilian martial art Capoeira.

The creativity of bossaball players knows no bounds….

Some of the best – and most bizarre – hybrid sports seem to have been born out of a thought-process that goes ‘what would happen if we combined X with Y?’

That has to be the explanation behind Teqball, a take on table tennis whereby the players use their footballing ability to manoeuvre the ball over the net.

Teqball has its own unique curved table too, and so popular has it become that it has already been added to the schedule of the European Games and Asian Beach Games.

The likes of Neymar and Ronaldinho are advocates of Teqball, and the sport has so impressed some that it has even been touted as a potential addition to the Olympic Games in years to come.

Previous Post: « Will Wimbledon Miss the Best Russian & Belarussian Tennis Players In 2022?
Next Post: Independent Football Regulation in England: Major Changes Due with Fans Set to Get More Say »