It would depend on whether you’re English, an Argentine or a neutral as to how you perceive the World Cup in 1986.

That was the tournament in which the Three Lions were dumped out in the quarter-finals by the Diego Maradona inspired Argentina, who bagged a brace of goals that would become football folklore.

His sublime solo strike, in which he dribbled past a glut of England players before slotting home, is considered one of the finest in World Cup history – his ‘Hand of God’ goal, in which he leapt to handle the ball past Peter Shilton, undoubtedly one of the most controversial.

Either way, it’s an iconic moment in the sport’s history, and the number ten shirt worn by Maradona one of the most famous in football.

That was owned by former England midfielder Steve Hodge, who had the foresight to swap shirts with the man known as ‘Pelusa’ in the tunnel after the game. He had clung on to it for three decades, loaning it to the National Football Museum for a time, before deciding to put it up for sale in 2022.

Sotheby’s were tasked with overseeing the auction, and once the bidding had been completed a late offer from an anonymous party – but thought to be linked to Manchester City – won the race with a cool £7.1 million bid.

And so it’s official – Maradona’s ‘Hand of God’ shirt is now the most expensive (and thus valuable) piece of sporting memorabilia in history.

But who has the Argentine legend beat to the top spot? 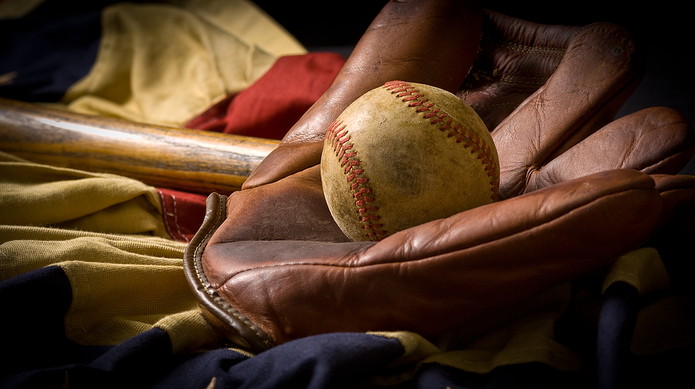 A handwritten document scrawled on some scraps of paper, the original Rules of Baseball caused quite a stir when they were put up for auction in 2016.

Written by Doc Adams, the manuscript is thought to date back to the 1850s, and confirms the rules of baseball – including the size of bats and the distance that the bases are apart – that are still largely used today.

When the item went under the hammer, an anonymous bidder won the day with an offer of $3.26 million – or around £2.6 million as per the latest exchange rate.

The Rules of Basketball (£3.4 Million)

While the Rules of Baseball document fetched a pretty penny at auction, it pales in comparison to when a similar manuscript outlining the governance of basketball was put up for sale in 2010.

The basketball rulebook was written on a typewriter by James Naismith in 1891, with the Canadian generally considered to be the man that invented the sport as it is known today. He was tasked with coming up with a game that could be played indoors during the winter at a Massachusetts YMCA – it took him just two weeks to ‘invent’ basketball from scratch.

His document, which outlined the then 13 rules of the sport, was acquired by David Booth for $4.33 million – around £3.4 million, who donated it back to the school where basketball was played for the first time.

While not a household name outside of the US, perhaps, Babe Ruth is considered a sporting behemoth in North America for his prowess as a baseball hall of famer.

The ‘Sultan of Swat’ is considered to be the greatest baseball player of all time and is an icon in New York, where he turned out for the Yankees for more than a decade.

As such, Babe Ruth items are highly sought-after at auction, and of the most expensive pieces of sporting memorabilia of all-time is the Yankees jersey he wore in his debut season for the franchise in 1920.

He broke the record for most home runs hit in a season that year, with record crowds flocking to the Yankees Stadium to see this exciting newcomer in action.

The shirt sold for $4.4 million at auction, which equates to around £3.55 million.

The most valuable item of Babe Ruth memorabilia was the shirt he wore during the 1928-30 seasons, which fetched an unbelievable $5.6 million – around £4.55 million – at auction in 2019.

That particular span of time was significant as the Yankees won the World Series in 1928, while in 1930 he was awarded a new contract of $80,000 a year – at the time, such amounts were unheard of.

Maradona’s Hand of God shirt has just edged out the original Olympic Games manifesto to become the most expensive piece of sporting memorabilia in history.

Created by Olympic founder Pierre de Coubertin, the 14-page document is written by hand and is thought to date back to 1892.

The document acted as the basis for a speech de Coubertin delivered that detailed his vision of the ‘modern’ Olympics – the summer Games as we know them now with competitors from all over the world participating in dozens of sports.

The manuscript is a rather important piece of sporting history then, and it’s little surprise that it fetched $8.8 million at auction – just shy of the £7.1 million commanded by Maradona’s match worn shirt.

Previous Post: « Carlo Ancelotti Becomes the First Manager to Win a League Title in Each of Europe’s Big Five Leagues: Who Else Has Come Close to Doing the Same?
Next Post: Champions League 2024: All the Changes Confirmed as UEFA Reveals Revamp »