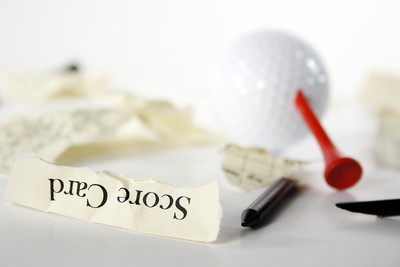 A misadventure with a Tipp-Ex pen is something that Hideki Matsuyama will want to erase from his memory after he was disqualified from the Memorial Tournament.

The former Masters champion had scrawled on the face of his 3-wood club with the correction fluid, and officials at the Muirfield Village course believe the Japanese ace was trying to gain an advantage with his alignment.

Some clubs have dots or other markings on them to help players line up their ball, which are also allowed to have vertical lines drawn on them to assist with straight shooting.

But PGA Tour officials deemed Matsuyama’s artwork to be ‘non confirming’ with their rulebook, which contains 24 main rules each which between 2-7 sub-laws….hence why players can be disqualified for the most bizarre or unlikely reasons.

Hideki Matsuyama gets DQ’d for a marking on the face of his fairway wood.

The 📸 🐐 @gdm43pga managed to snap this one of Hideki’s at Muirfield. Gotta assume the white areas, which were likely meant to frame the face and center, caused the DQ. Wild stuff. pic.twitter.com/Ek4Oj1xeH9

Matsuyama was about to tee off on his tenth hole when he was hauled by officials in front of an investigation panel, who deemed the ‘excessive’ colouring on the club face to be a breach of the rules.

“Applying a small, discrete dot with a Sharpie to help you with alignment is fine,” so said PGA Tour rules official Steve Rintoul.

“But the amount of substance that was up on the face of the club, when we sent it to the USGA, their equipment standards guys, it was just excessive. And that’s what could affect the performance of the ball.”

How a splash of Tipp-Ex can help anybody hit a ball 250 yards in a straight line is anybody’s guess, and this latest episode is the latest in a long list of strange reasons for disqualification on golf’s top tours. 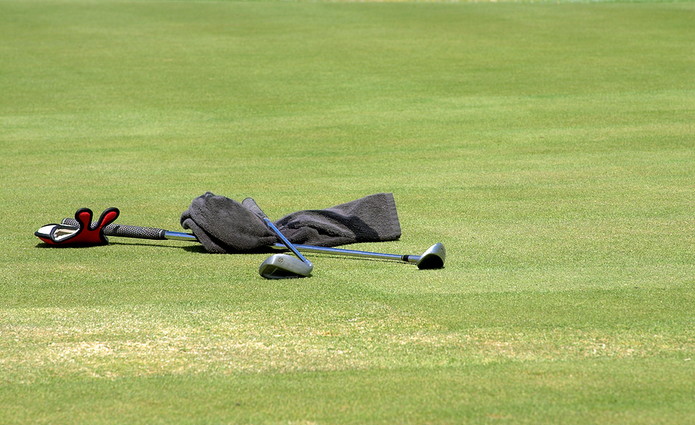 When Craig Stadler hit his drive into the trees at the 1987 Andy Williams Open, now known as the Farmers Insurance Open, he was met with a rather muddy scene.

And so, wanting to protect the pristine condition of his trousers, he decided to kneel on a towel as he hit his next shot from an awkward lie on his knees.

In one of the more bizarre rules in golf, Stadler was found guilty of ‘building a stance’ and docked a two-shot penalty – but only after a TV viewer had called in to an NBC broadcast to complain about the rule-break.

Incredibly, Stadler would have finished second but for the penalty – costing him $33,000 at the time, which adjusted for inflation would be around $75,000 today.

In the Bag (Raymond Floyd) 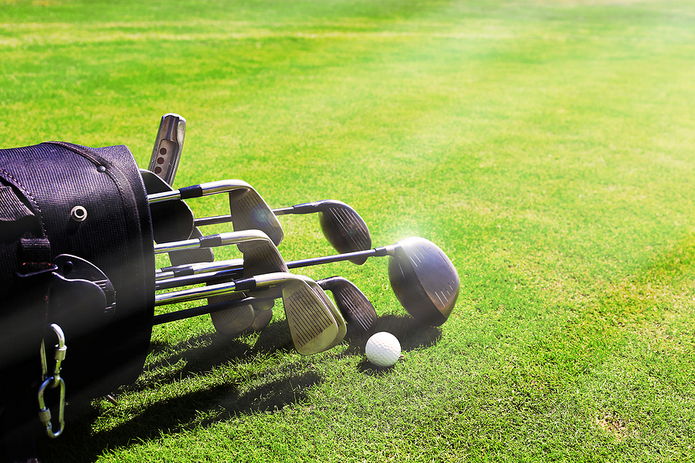 Generally regarded as golf’s ‘fifth major’, the Players Championship is one of those tournaments that the great and the good all want to win.

Raymond Floyd, a four-time major winner, had won the US Open in 1986, and so he was still at the top of his game when travelling to TPC Sawgrass a year later.

But his tilt at the title was downed by a bizarre twist of fate and one of golf’s most peculiar rules. At the eleventh hole in his first round, Floyd was playing his tee shot and his caddie was waiting down the fairway as ‘forecaddie’ to track where his ball lands.

As luck would have it, Floyd’s drive would land inside his own golf bag, and in removing it he was hit with a two-shot penalty.

Bird is the Word (Darren Clarke) 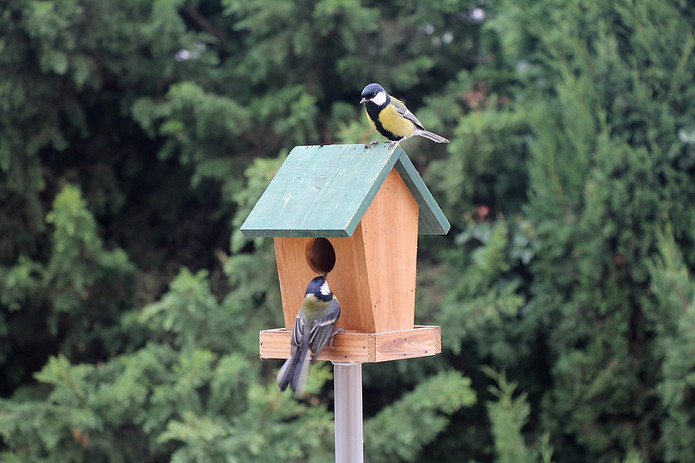 Another of golf’s more curious rules is that some movable obstructions can be moved in they are in the way of a player’s shot – but not all of them.

Darren Clarke, playing at the 2019 US Senior Open, would have assumed that a bird feeder fell under the remit of a movable object, and he requested that his caddie temporarily move it while he played his shot.

But he’d be wrong – a USGA official decreed that a bird feeder is considered a permanent fixture on a golf course, and so the Irishman was charged with a two-shot penalty. 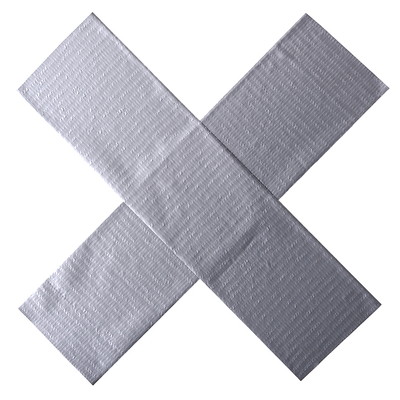 While not necessarily a household name of world golf, Rory Sabbatini is an Olympic silver medallist and Masters runner-up.

And he was very much in the mix after the opening round of the RSM Classic in 2021, where he fired a 68 to get into contention.

But he was to be disqualified from the event after it was revealed he had left some shiny stickers – often used as a training aid on the driving range – on the face of his 3-wood as he teed it up in the competition proper.

That was a violation of USGA rule 4.1 on ‘non-conforming external attachments’, and so Sabbatini’s time in Georgia came to an premature end. 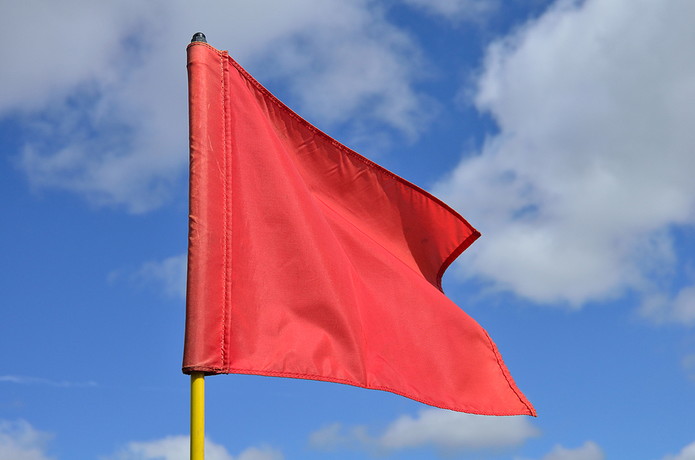 The Korn Ferry Tour finals are a way for players to earn a PGA Tour card via the back door.

So they’re a big deal, and you have to feel sorry for what happened to Matt Southgate there in 2017.

The Englishman was going well during his final round, and he looked well poised as he lined up a six-foot putt on the fifteenth green.

But then disaster struck: a fierce wind blew leaves onto the green, and one hit Southgate’s ball – gently moving it to one side. He downed the putt anyway, but Rule 19.1 b, which refers to a ‘ball in motion deflected by an outside agency’, decrees that he should have replaced his ball and played it from its original position.

He was hit with a four-shot penalty in total – two for the infringement, two for then signing an incorrect scorecard, and his dreams of a place on the PGA Tour lay in tatters.

Previous Post: « Are the Isle of Man TT Races Too Dangerous? Over 260 Fatalities to Date
Next Post: World Cup 2022 Group B Head-to-Head Records: How England, Wales, USA and Iran Have Fared Against One Another »