In cricket, there are eleven different ways for a batsman to be dismissed – give yourself a pat on the back if you can name them all.

For Henry Nicholls, his dismissal in the third test between England New Zealand at Headingley looks one of the most generic on paper – he was caught by Alex Lees off the bowling of Jack Leach.

But you could watch cricket for decades and never see a dismissal as bizarre as this. Leach tossed up a full length ball and Nicholls tucked in with relish, bashing straight back down the ground.

Unfortunately for him, he could only watch on in horror as the ball crashed into the back of Daryl Mitchell’s bat at the non-striker’s end, narrowly avoided giving umpire Richard Kettleborough an unscheduled haircut before landing in the hands of Lees fielding at mid-off.

Nicholls didn’t know whether to laugh or cry as he trudged off the field, while England’s players were in hysterics at one of the most unlikely types of dismissal you will ever see in a cricket game at any level.

Mind you, it’s not the only time that a batsman has been dismissed in the strangest of fashion….

Leonard Hutton once scored 364 in a test match for England – that remains the highest score by an Englishman and the sixth-largest test innings in history.

But some 13 years after that mammoth knock, ‘Len’ once again found himself making headlines – this time for all the wrong reasons.

He became the first player in history to be dismissed while obstructing the field….this truly was the rarest of wickets.

Hutton was facing the bowling of the South African, Athol Rowan, who got the ball to talk off a good length. It struck the batsman on the hand, rolled up his hand and disappeared behind him.

Unknowing of where the ball had gone, Hutton swished his bat blindly – preventing wicketkeeper Russell Endean from taking the catch. After much deliberation, the umpires agreed that Hutton had obstructed the fielder, and were forced to give him out.

Inzamam was the tremendously gifted, but slightly rotund, batsman who had a habit of getting himself – and his teammates – in trouble with some questionable running between the wickets.

But the former Pakistan captain makes this list on account of one of the most curious dismissals you will see, this time against England back in 2006.

Inzamam attempted to sweep the bowling of Monty Panesar, lost his balance and ended up careering backwards.

In danger of smashing his own stumps, ‘Inzi’ tried to jump over them – and was left in a rather unflattering heap on the floor when his attempt rather backfired. 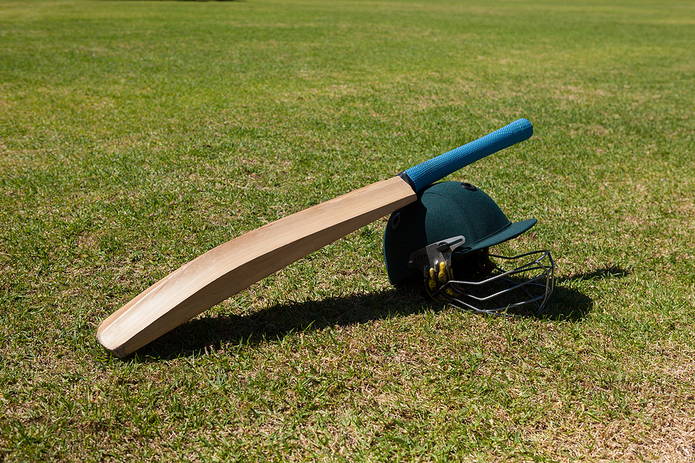 The Pakistan legend Rameez Raja was the first to be dismissed for obstructing the field in a one day international – albeit in a different way to Hutton.

The opening batsman was on a score of 98 in the game against England, and while his team were doomed to defeat on the final ball Raja could still complete his century.

He hit the ball into the field, completed his first run and then – with nothing to lose – turned for the second that would have brought up his ton. But Raja was miles from safety, and as the England throw arrowed in on the stumps he instinctively stuck out his bat and deflected the ball away, preventing the run out.

However, it was evident that the Pakistan batsman had obstructed the field with his actions, and he was given out on 99.

It’s Australia vs Pakistan in 2018, and Azhar Ali is going along nicely for the Green Caps with a score of 64.

Having received a length ball, Ali pushed it into the off side and, expecting the ball to fly to the boundary on the speedy outfield in Abu Dhabi, he slowly ambled down the pitch to have a chat with his colleague at the other end.

The problem was that the ball didn’t reach the boundary, and the Aussie’s Mitchell Starc retrieved it and threw it back in. When wicketkeeper Tim Paine realised Ali was hopelessly out of his crease, he had no hesitation in whipping off the bails. 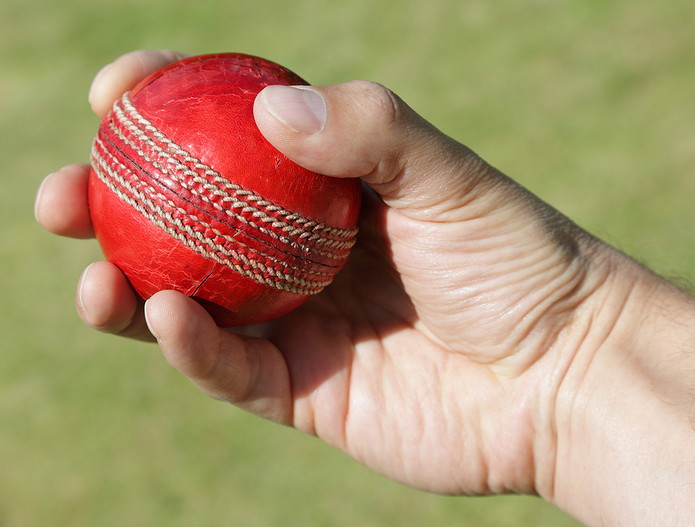 Stacks of players have been given out ‘handled the ball’ – a batsman is not allowed to touch a ball that is in play with his hand if not touching his bat….one of the sports more ‘unique’ rules. The likes of Desmond Haynes, Steve Waugh and Graham Gooch have all fallen victims to it.

But William Scotton’s version of handling the ball, which came during the 1886/87 Ashes, adds a touch of comedy to the drama.

The Englishman, facing the final ball of the entire series, played a defensive stroke that preserved his not out status. But then, for reasons unknown, he decided to bend down and pick up the ball to keep as a souvenir – but the umpire, adjudging the ball to be ‘live’ as it hadn’t yet stopped moving, was left with no choice but to give him the dreaded finger.

Previous Post: « The Most Famous Twins in Sport
Next Post: Frankie Dettori and John Gosden: The Best Wins of Their Hugely Successful Partnership »