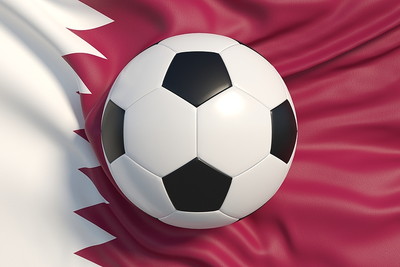 Wales have ended 64 years of hurt by qualifying for the 2022 World Cup in Qatar – ending their drought which dates back to the 1958 edition in Sweden.

They defeated Ukraine 1-0 at a passion-fuelled Cardiff City Stadium – Gareth Bale’s free kick headed into his own net by the unfortunate Andriy Yarmolenko.

Cue pandemonium in the stands, as many Welsh men, women and children looked forward to the prospect of their country competing at the World Cup for the first time in their lifetimes.

Semi finalists at Euro 2016, before reaching the Round of 16 four years later, Wales have enjoyed a decent record at the European Championships in recent times, and they will be hoping to extend that run in Qatar as well.

Standing in their way in Group B will be their old foe, England, as well as the USA and Iran. So who has the best head-to-head records in games between these four nations?

Dating back to January 1879, England and Wales have met on more than 100 occasions.

It’s 103, to be precise, with the Three Lions enjoying the overwhelming success in this rivalry with 68 wins (21 draws, 14 Welsh victories).

In days of yore, the British Home Championship pitted England against Wales, Scotland and a combined Ireland side year after year – hence why there has been so many meetings between the countries.

In the modern era, games between the English and the Welsh have been rather fewer, although there have been six collisions since the dawn of the new Millennium – with England winning all of them.

The most high-profile of those was the 2-1 win for Roy Hodgson’s England at Euro 2016 – Daniel Sturridge netting the injury-time winner.

It will come as no surprise to learn that England have enjoyed the best of their head-to-head battle with the USA – although the Americans have dished out some punishment over the years.

The Three Lions’ record reads W8 D1 L2, but one of those defeats in particular stands out – at the World Cup in 1950, England were touted as one of the favourites for the tournament. But they lost 0-1 to an amateur US team containing a hearse driver and a dish washer….so surprising was the result, some newspapers assumed they were fed a typo by their data suppliers and published that England had won 10-1 instead.

England won their last meeting in a friendly 3-0, but note the result the last time they met at the World Cup in 2010 – a 1-1 draw, largely thanks to a major blunder by English goalkeeper Rob Green.

While not exactly close footballing bedfellows, it’s still something of a surprise that England and Iran have never met before! Their Group B clash in Qatar will be the first-ever game between the nations.

There are just two recorded meetings between Wales and the USA on the football pitch.

The first was a friendly in California back in 2003, which the Americans won 2-0.

And the second was another friendly, this time at the Liberty Stadium in Swansea in November 2020. It ended goalless.

Thankfully, Wales are one of the seemingly few countries in the Western world that have played Iran in a game of football!

Admittedly, that came way back in 1978, with the Welsh prevailing 1-0. There’s not a great deal of physical evidence of the game – there’s a couple of very short clips on YouTube, although there’s a fascinating interview with former Wales player and coach Terry Yorath.

The game was delayed by two hours as the son of the ruling Shah was late. He, a Liverpool fan, wanted to see a team from the UK take on Iran at their Tehran Stadium, and Wales were only too happy to take him up on the offer.

It’s fair to say that relations between the US and Iran are strained at best – Donald Trump imposed trade sanctions upon them in 2018, and there has been a threat of conflict in the Persian Gulf ever since. Years prior, American had sided with Iraq in the Iran-Iraq war which lasted between 1980 and 1988.

But prior to that, their respective football teams met twice between 1998 and 2000. In the first meeting at World Cup ’98, it was the Iranians who would prevail 2-1 – Mehdi Mahdavikia, who netted the winner, would score himself a big money move to Hamburg after the tournament.

Previous Post: « Golf’s Most Bizarre Reasons for Disqualification: From Tipp-Ex to Towels and Tantrums
Next Post: Three Weird Innovations That Could Be Introduced in Football Soon: Kick-Ins, 60 Minute Games and Artificial Referees »