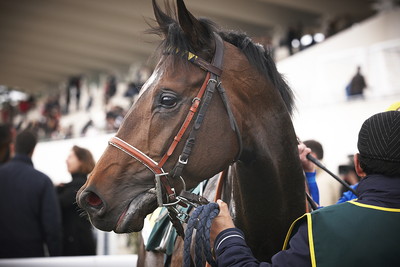 Those that don’t know a great deal about horse racing may suggest that trainers and owners sniffing at a £3,500 top prize have lost sight of reality.

But anyone involved in the game, who know that there’s little change from £2,000 when training, feeding and watering a racehorse each month, and given how few times a horse can conceivably run per season, it’s not a great surprise that connections are concerned about the direction that prize money is going in.

And so they decided to take action. A group of handlers, thought to be led by National Trainers’ Federation chair Ralph Beckett, decided to boycott the final race at a Newbury meeting in July, scratching their 13 declarations to leave zero runners in the field.

Course officials were left with no choice but to cancel the race, which had a total prize of £6,500 and a winner’s share of £3,500, and shrink their card to six renewals instead.

Beckett was just one of the handlers who decided to send their entries elsewhere, and he commented:

“Trainers have decided, it seems, that £3,500 for the winner of a novice at Newbury isn’t enough for them to run. It’s a Grade 1 track and it’s a Saturday afternoon.”

It was a disaster for Newbury, who had a near sell-out crowd in attendance following the big name signing of Craig David to perform a gig afterwards. But it continues that track’s downward descent as far as prize money is concerned – confirmed by a study by the Racing Post.

The difference between the top and bottom-paying racecourses on the Flat is almost staggering.

There’s a gap of over £100,000 between Epsom, the racecourse with the best prize money, and Chester, the major UK venue that pays the least, as far as the average prize fund for group/listed races. 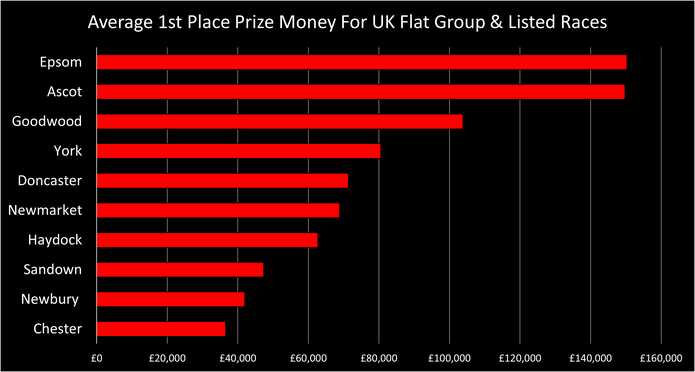 Of course, the totals for the likes of Epsom and Ascot are skewed because they welcome some of the most lucrative Flat races to their turf year after year, but even so the seismic gap between their prize funds and that of Newbury and Chester is incredibly significant.

Four of the eight venues that pay better than Newbury are Jockey Club owned, and it’s evident that their business model is working. In 2022, their real-terms prize money increase on a decade ago is 35.7% – or £22 million, to be precise.

As for Newbury, allowing property developers to build on land adjacent to the racecourse was expected to see a trickle down improvement to prize money, however that is yet to happen according to the numbers – and trainers and their connections are getting restless.

If the likes of Newbury and Chester are unable to persuade the best in the business to compete through a lack of viable prize money, you do worry for what the future holds.

Whether by accident or design, Newbury doesn’t fare quite as badly as far as National Hunt racing is concerned – although they are still operating at about 33% of the best paying courses on the circuit. 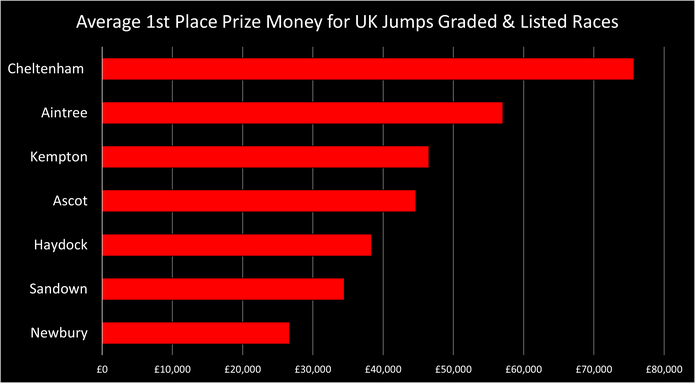 Of course, we could say that Newbury’s numbers are skewed somewhat by the prestigious nature of their two standout races each year – the Ladbrokes Trophy, which pays around £115,000 to its winner, and the Grade 3 Betfair Hurdle, where connections of the champion pocket about £80,000. Take those two out of the calculations, and the picture may look somewhat more bleak.

Back in 2021, Newbury officials signed a new commercial deal with Sky Sports Racing, who will show all of the venue’s flagship races from 2024 onwards. That should help prize money on one hand, but it won’t improve attendance figures on race day – which will ultimately diminish the amount of cash swimming into Newbury’s coffers.

The chief executive of Newbury, Julian Thick, revealed that the venue had split with former associates Racecourse Media Group (RMG), and said:

“We believe the new agreement secures a positive and exciting future for Newbury Racecourse and its shareholders, and fits with our long-term values and aspirations for the business.”

Only time will tell if his words hold any weight….

Previous Post: « Fake IPL Joins the Ranks of the Most Unbelievable Betting Scams
Next Post: Do the Best Cricketers in the World Play Too Much? »