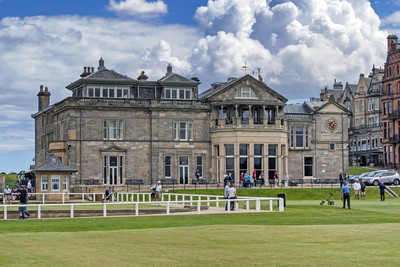 It’s amazing that a golf course constructed nearly 180 years ago can still be relevant to the point that it hosts one of the most prestigious tournaments in the sport to this day.

St Andrews was built in 1843 and has been integral to golf ever since – largely because it is one of the oldest venues still used on the professional circuit even now.

And not just used willy nilly, either. The layout, found in Fife in Scotland, hosts the 2022 Open Championship, as it tends to every 5-10 years or so. The great and the good of golf will walk the Links that first hosted the sport’s only non-American major in 1873.

So why is St Andrews considered to be the home of golf?

The History of St Andrews 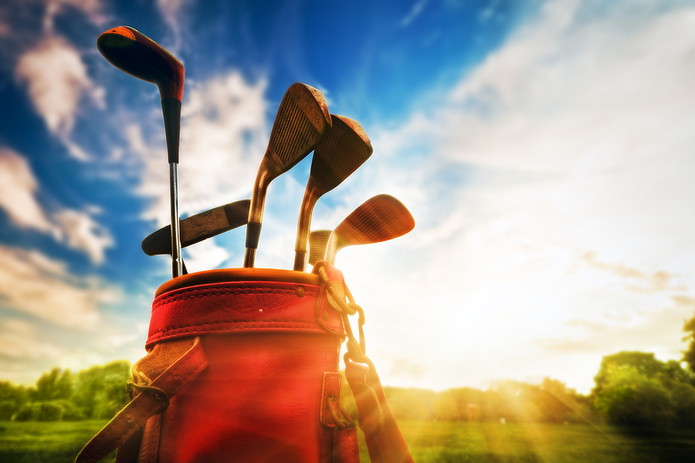 It’s a common misconception, but St Andrews isn’t just one golf course – it’s actually a set of seven, which are owned by the St Andrews Links Trust and all publicly playable….which means you could follow in the footsteps of Rory McIlroy and co by booking your own tee time.

The pros will be playing the Old Course at the Open Championship, which is considered to be the oldest golf course in the world – hence the name and its unofficial status as the home of the sport. It is believed that golf was played in some form here for the first time in the 15th century….until James II of Scotland reportedly banned it because he wanted people to practice archery instead.

Built on common ground in Fife, the facility also hosts the clubhouse of the R&A – that is, the Royal & Ancient Golf Club that acts as the governing body, of sorts, of the Open Championship.

It would be fair to say that the R&A is not the most progressive of outfits – women were banned from being members until as recently as 2014, which is some 260 years in which male membership were able to enjoy exclusivity. A strange but true story.

Traditionalism plays a huge role in golf, and especially in Scotland where the sport’s roots lie, and much of the clubhouse and behind-the-scenes facilities at St Andrews have retained that classic feel – hence why the pros love heading there and reacquainting themselves with such traditions.

No less a judge than Jack Nicklaus, the three-time Open champion who won two of those titles at St Andrews, said about the place:

Some of the features of St Andrews have taken on a fame of their own. The Swilcan Bridge connects the first and eighteenth holes, and is still the same stone bridge built an estimated 700 years ago to help local shepherds transport their sheep across the burn that splits the land.

Many of the deep pot bunkers have their own names too, and one of the most famous is The Road – also known as the ‘Sands of Nakajima’ after Japanese star Tsuneyuki ‘Tommy’ Nakajima took four shots to escape it….ending his hopes of a first major tournament win for Japan.

The Open Championship at St Andrews 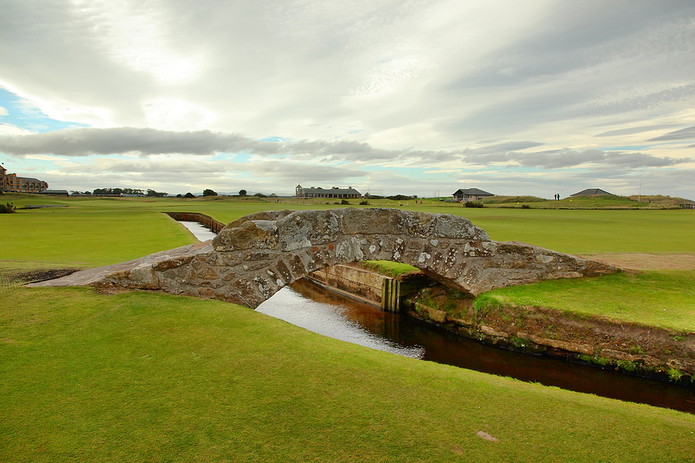 No venue has hosted more editions of the Open Championship than the Old Course of St Andrews – the 2022 edition will be the 29th time that the layout has taken on hosting duties.

The first edition took place in 1873, with champion Tom Kidd presented with a winner’s cheque for £11 in a tournament that took place over two rounds of 18 holes.

One of the earliest names that became synonymous with St Andrews is Bobby Jones, who would later go on to achieve fame as the founder of Augusta National – home of The Masters.

Jones fell victim to one of the course’s famous pot bunkers in the 1921 Open Championship, and became so irate he actually stopped counting how many shots he taken to get out – disqualifying himself from the tournament. He would return in 1927, shooting a score of -7 – the lowest of the Open Championship at the time – to win by a mammoth six shots, becoming the first amateur to win back-to-back editions of the event.

Jones was later handed the keys to the city of St Andrews, becoming only the second American – after former president Benjamin Franklin – to be bestowed with such an honour.

Other legends of golf have won the Open at St Andrews. Sam Snead, a hall of famer who would win seven majors, triumphed here in 1946, and was rather miffed to find that his winner’s cheque – £150 – was not enough to cover his travel expenses.

The second of Peter Thompson’s unrivalled three straight Open Championships came at St Andrews in 1955, while Nicklaus himself claimed two of his Open title haul on the Old Course – the first of which coming at the 18th hole of a dramatic play-off against Doug Sanders.

The 1995 Open Championship was iconic as it was the last major of Arnold Palmer’s career, the first of Tiger Woods’ and the site for the ever-popular John Daly to lift the Claret Jug.

Woods would twice win at St Andrews, first in 2000 and then again in 2005, while high winds meant that Zach Johnson would have to wait until the Monday to see off Louis Oosthuizen (the 2010 champion at the Old Course) and Marc Leishman in 2015.

Previous Post: « Could Jockeys Be Disqualified for Whip Over-Use in New Set of BHA Rules?
Next Post: Fake IPL Joins the Ranks of the Most Unbelievable Betting Scams »