Given that it occurred during the same weekend as the return of the Premier League, with the Commonwealth Games also vying for the attention of the average sports fan, the historic day of action in Major League Soccer may have passed by unnoticed.

The 13 games on Saturday, August 6 in the USA’s premier competition yielded a whopping 57 goals – a staggering eleven more than has ever been netted on a single day in the competition before.

Some 12 of the 26 teams involved scored three or more – including Gareth Bale’s wonder strike for Los Angeles FC, and more than 50% of the games played on that fateful day witnessed five or more goals.

All told, the average goal-per-game ratio was an eye-watering 4.38 – surely some kind of record, and certainly loftier than the 2022 MLS average of 2.89. All of which got us thinking – what are the highest-scoring gameweeks in other prominent leagues around the world?

What Is the Highest Scoring Opening Weekend in English Football? 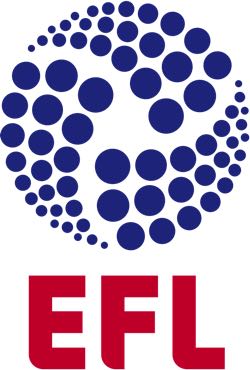 Not that such a thing existed at the time, of course, but if punters could have got their Both Teams to Score bets on back in 1890 they would have had an absolute field day. The first week of the 1890/91 Football League campaign saw ten teams do battle across five games, and any notion of defensive solidity and organisation forged during pre-season went completely out of the window.

A mammoth 29 goals were scored, and that means a goal-per-game ratio of 5.8 per 90 minutes…. an English record that will surely never be bettered. For contest, the first weekend of the 2022/23 Premier League campaign witnessed a slightly above-average 2.80 goals per game – less than half of that mind-boggling day more than a century ago.

What Is the Most Goals Scored in a Premier League Gameweek?

There must be something in the water early in the season, with the Premier League record broken in just the second week of the 2020/21 campaign.

Some 44 goals were notched from Newcastle to Southampton in just ten games, with Manchester City’s 3-1 victory over Wolves late on confirming the previous record set in 2010/11 would be smashed.

This gameweek was the first in more than a decade to have three goals that witnessed seven or more goals, although the overall Premier League record was set in the inaugural 1992/93 campaign – albeit 22 teams, rather than 20, combined to lash home 53 goals. Those 2020/21 results in full:

What Is the Most Goals Scored in a Serie A Gameweek? 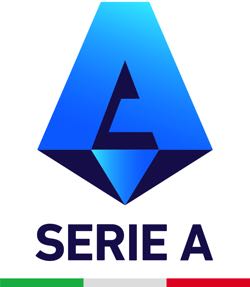 It’s an impossible task to trawl through the weekly results for all leagues around the world to find similar goalscoring exploits, but one weekend in Italy’s Serie A does stand out. The final round of games in the competition back in 1950/51 saw 54 goals bludgeoned in just ten outings – ensuring the maths, and average of 5.40 goals per 90 minutes, was easy enough to work out.

What was interesting about that particular weekend was that there was nothing on the line for those at the top of the table. AC Milan had already been crowned champions and there were no European competitions to qualify for back then, which perhaps explains why sixth-place Bologna were able to thrash Lazio, who finished in fourth, 7-2.

Juventus tonked Atalanta 6-2, and there were six or more goals in the clashes between Inter and Genoa (5-2), Pro Patria and Torino (4-3) and Sampdoria vs Verona (5-1). Only one of the ten matches would have failed to pass muster for punters backing the Over 2.5 Goals line.

What Is the Most Goals Scored in a German Bundesliga Gameweek?

But the crown for surely the most entertaining gameweek in modern football goes to the German Bundesliga and its unrivalled Matchday 32 in 1983/84. The top-flight in Germany has 18 teams, rather than the 20 popular in other European competitions, but that didn’t stop the nine games serving up a record-breaking burst of action.

There was a casual ten-goal thriller between Offenbach and Werder Bremen that ended 7-3 to the latter – amazingly, the hosts actually led 3-2 after 49 minutes, and the game even featured a missed penalty. Other games finished 7-1 (Borussia M’gladbach over Uerdingen), 6-1 (Hamburg over Nuremburg) and 5-2 (Bayern Munich over Kaiserslautern and FC Koln over Borussia Dortmund.