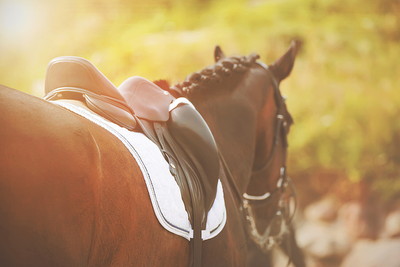 The year 2022 has been record-breaking in many parts of the world for the extraordinary temperatures that have been experienced.

Back in July, the UK received its first-ever red extreme heat warning, and associated Level 4 National Emergency, due to the balmy weather, with the mercury surpassing 40˚C in many towns and cities across the United Kingdom.

Aside from the fun and games of trying to get to sleep at night, the heatwave posed some serious risks to health – and decimated the horse racing card up and down the land.

All told, five race meetings were cancelled amid the July heatwave, with fixtures at Beverley, Chelmsford, Southwell, Windsor and Wolverhampton postponed due to the extreme temperatures.

A further bout of hot weather in August, while not causing any cancellations, saw field sizes decimated as yards decided not to travel mob-handed to meetings a distance away from their base.

Others were forced to take action to prevent their meetings from being curtailed. It was typically cooler the further north in the UK you went during the July heatwave, but even so Cartmel were forced to bring their racing forward by around 90 minutes – the finishing time of 3:15pm ensuring that the card was over before the hottest temperatures came along.

It’s incredibly rare for racing in the UK to be cancelled due to high temperatures – one meeting at Southwell back in July 2019 was shelved when the mercury hit 36˚C, but otherwise examples are few and far between.

While the British Horseracing Authority hasn’t given a specific temperature at which racing should be cancelled, Sally Taylor – the organisation’s head of equine health – has said that postponement should be considered when the heat becomes ‘unmanageable’. 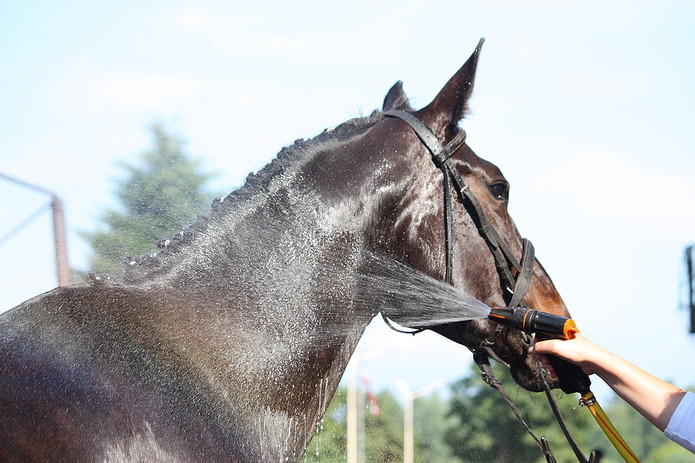 It goes without saying that the primary concern at the racecourse when there’s a spell of hot weather is to ensure that the horses involved are well looked after.

The BHA’s director of equine welfare, James Given, has revealed that an extensive cooling operation can be enough to keep a horse’s body temperature at a point where they can race without concern.

However, he also warned:

“While horses sweat freely, they’ve got a huge amount of body mass and when they’re galloping and racing, they’re generating heat doing that. So, they need to disperse that through the skin; we help cool that as quickly as we can with cold water.”

You will have seen buckets of ice water being used before, no doubt, after a race, and during the heatwave that was made readily available immediately before a race and even in the paddock during downtime.

More and more venues have invested in what are, essentially, industrial-sized fans to provide a nice cool breeze, with grooms at Royal Ascot in the summer urged to lead their horses in front of the cold air as they made their way to and from the track.

A number of the larger racecourses took on more staff and volunteers during the Flat season to help dish out water and ice, and help to keep horses cool in ‘wash down’ areas out in the temporary stabling.

The operation has been made easier by a re-arrangement of the schedule. At Cartmel, for example, they switched the larger field hurdle races to the start of the meeting – ensuring that the ground was as soft as it could be after the morning watering, but also to ensure that temperatures were at their lowest. Smaller field renewals were run last, which made the task of keeping the horses cool and hydrated that much easier.

Can Racing Be Cancelled When the Ground Is Too Hard? 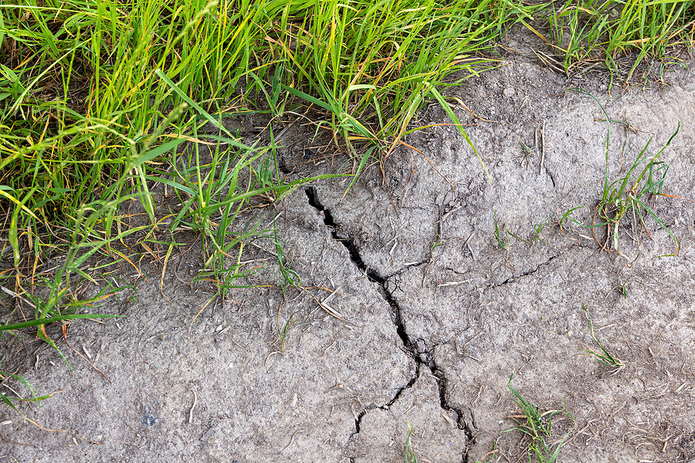 When the ground is frozen during the winter or early spring, it is not uncommon for UK racing to see a spate of cancellations.

But in the summer? That is much rarer, and that’s because of the extensive watering operation that racecourse chiefs oversee to ensure that the going is on the right side of good-to-fast.

The one exception came in 1976, which is widely regarded as the hottest UK summer on modern record. Jumps meetings had to be cancelled, as did Chepstow’s flagship Bank Holiday card in August. Epsom’s own Bank Holiday extravaganza had to be moved to Kempton for one year only.

Many trainers and connections simply won’t risk the health of their prized assets when the going is too hard – even those who prefer the faster surfaces.

There is a prevailing thought that overworking horses on firm ground can ultimately lead to injury – that could ultimately put them out of contention for races on softer ground later in the season.

How Do Racehorses In Hot Weather Countries Cope? 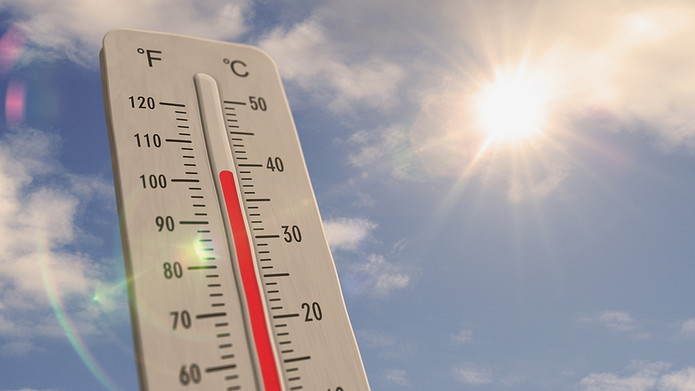 One of the accusations labelled at Brits is that they are simply unprepared and unable to cope with extremes in temperature.

But in other countries of the world where horse racing is popular – think Australia, parts of the USA and the Middle East – the action goes ahead as scheduled, and often in hotter temperatures than those experienced in the UK.

That’s not to say that cancellations don’t happen – one meeting at Churchill Downs in June was postponed as the mercury passed 38˚C, but that was only the second time that the Kentucky track had been forced to cancel their action in more than a decade.

The truth is that racehorses in these countries are acclimatised to the heat, and protected by a rigorous set of procedures for when temperatures pass a certain point – in Victoria, Australia, this is 30˚C.

There’s no racing at all in the summer months in the Middle East, while in the USA much of the action takes place on dirt tracks – these require less watering than turf and are generally considered more forgiving than sun-baked grass and earth.

Previous Post: « Which Sports Teams Does Sir Jim Ratcliffe Own – And Are They Successful?
Next Post: The £2 Billion Season: Summer 2022 the Biggest Spending Transfer Windows In Premier League History »