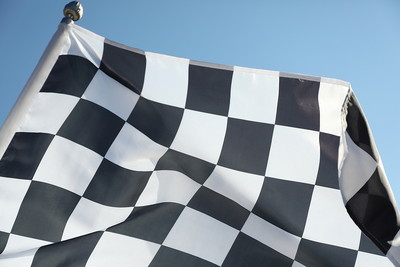 The journey from family hatchbacks to F1 doesn’t seem like a straight line, and yet many car manufacturers have gone on to compete in a sport where speeds of 186mph are not usual.

Audi are the latest of the ‘traditional’ car makers to signal their intent of joining Formula 1, with the German firm indicating that they plan to be on the grid by 2026 – probably by replacing Alfa Romeo as the technical team at Sauber.

If media reports are to be believed, they could be joined in F1 by another Volkswagen-owned brand – Porsche – who are rumoured to be taking on engine duties for the Red Bull team.

So why now? Well, Formula 1 chiefs have made a commitment to becoming carbon neutral by 2030 – appealing to the senses of the greener car-makers out there, while rule changes that will see the hybrid engines of F1 cars become powered more by electricity than fuel could give firms like Audi and Porsche an edge over existing constructors used to the old way.

And there are lower barriers to entry now since the imposition of a budget cap in 2021, which has eroded the power wielded by the established names at the front of the grid.

Audi and Porsche will become the latest in a long line of car manufacturers to enter the ultra-competitive world of Formula 1, and it’s fair to say that the record of these firms at the top end of the sport is a rather mixed bag.

So from family saloon to F1….who has successfully made the leap from the road to the track?

Widely regarded as one of the most innovative operators in F1 today, Mercedes-Benz have had roots in the sport for the past 70 years.

They won two world titles in the 1950s courtesy of Juan Manuel Fangio, but would leave the sport in 1955 as a response to the Le Mans disaster.

The German firm’s hiatus would last for the next 40 years, but they returned as an engine manufacturer before the turn of the millennium and delivered three world titles for client McLaren just after.

In 2010, the decision was taken to bring the Mercedes brand out of the shadows, and so they acquired the Brawn Racing team and set about innovating F1 by being at the forefront of the new hybrid engine technology.

Aided and abetted by one of the best to ever set foot in a Formula 1 car, Lewis Hamilton, Mercedes won eight consecutive constructors’ championships between 2014 and 2021, and today they rank second in the all-time list for race wins.

Arguably no manufacturer better represents the glamour and opulence of F1 quite like Ferrari, who remain as the winning-most team in the sport’s history.

The Scuderia have competed in every Formula 1 World Championship since 1950, winning 16 constructors’ titles and providing the platform for greats like Michael Schumacher and Niki Lauda to thrive.

These days, Ferrari are so respected that they even manufacture engines for rival F1 teams like Alfa Romeo and Haas.

The French firm is often overlooked in the ranks of the most successful names in Formula 1, and yet they have an indelible place in the sport’s DNA – they were the first to introduce the turbo engine back in 1977.

Their concepts were ‘borrowed’ by other teams in the years that followed, before they became a power unit supplier for Williams and Red Bull.

They have contributed to 12 constructors’ championship wins – ten for other teams, but two of their own when Fernando Alonso powered Renault to their sole titles in 2005 and 2006.

Like Renault, Honda’s best days in Formula 1 have come as a supplier to other teams, rather than as a title contender in their own right.

They contested 88 Grand Prix races in the 1960s, winning three of them and securing nine podium finishes.

But the Japanese outfit has excelled as an engine supplier in the modern era, assisting seven constructors’ titles in a row between 1986 and 1991 for Williams and McLaren.

Honda also offered their technical expertise to Red Bull during Max Verstappen’s title win in 2021, although they have now declared their intent to exit the sport – they will honour their contract with Red Bull until 2024.

Legal battles and poor performance blighted the modern era comeback of Team Lotus, but older readers will remember them being one of the most prominent outfits in F1 back in the 1960s and seventies.

Lotus provided the means for Jim Clark’s pair of world titles, and the team would deliver the technology behind four more Drivers’ Championship wins over the next decade or so – Graham Hill (1968), Jochen Rindt (1970), Emerson Fittipaldi (1972) and Mario Andretti (1978).

They would win the constructors’ title in each, and add a seventh team victory in 1973 courtesy of Fittipaldi and Ronnie Petersen, who finished second and third in the standings.

The Italian brand has a long association with Formula 1, although it would be fair to describe their record as mixed in the sport.

Nino Farina, the first official F1 champion, drove Alfa Romeo’s famous Alfetta car back in 1950, and the same vehicle was used to propel Fangio to the world title a year later.

The 1960s were an abject failure for the Alfa Romeo engine, but in the seventies they returned with gusto to power the Brabham team owned by Bernie Ecclestone, who achieved two Grand Prix wins and 14 podium finishes in 1977 and ’78.

Sadly, more lean years would follow and Alfa Romeo would depart F1 in 1987, and while they would return in 2015 it was as a commercial partner to Sauber as opposed to being a constructor in their own right.

It seems as if their days are numbered once more, with Audi rumoured to be ousting them as the partner of Sauber.