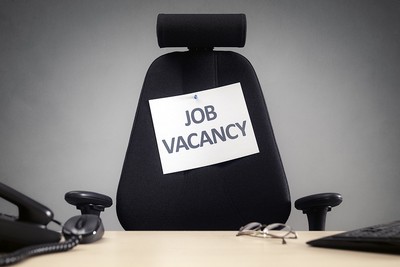 Have football owners and decision-makers lost their minds!?

The 2022/23 Premier League campaign is just six games old at the time of writing, and already 10% (okay, so that’s two of twenty) of top-flight clubs have already sacked their managers.

Scott Parker was the first to fall on his sword at Bournemouth, with ill-advised complaints about the club’s hierarchy and a humbling 0-9 loss at Liverpool the major factors behind his dismissal just four games – or 22 days to be precise – of the new campaign.

And he was followed, 12 days later, by the surprise sacking of Thomas Tuchel by Chelsea. The club’s new owner, Todd Boehly, had only been in charge for 100 days at the time, but he had already decided that the German was not the man to lead the Blues’ revolution.

The Guardian has reported that Tuchel and Boehly had fallen out and ‘stopped communicating’, and that – allied to a below-par start to the campaign after a £255 million summer splurge on new players – was the final straw for the American billionaire.

Although it’s a record that neither would want, Parker and Tuchel enter the hall of shame as two of the earliest managerial sackings of a new top-flight campaign. However, their reigns lasted a lifetime compared to the earliest Premier League sackings in history.

Nine days – that’s all that Paul Sturrock lasted as Southampton boss at the start of the 2004/05 campaign.

The Scot had taken charge at the Saints the previous March, but never really seemed to win over the club’s supporters or, evidently, it’s board, and he was relieved of his duties just two games into the new season.

It had been rumoured that the Southampton players had begun to revolt against Sturrock’s man management style at the backend of the 2003/04 season. But even so, Saints chairman Rupert Lowe had shown faith in his appointment throughout the summer, so to sack him after just 180 minutes of football is a remarkable show of a lack of trust.

There’s two sides to every story, of course, and The Herald in Scotland leapt to Sturrock’s defence, describing him as ‘one of the truly respected figures in British football.’ He would next resurface at Sheffield Wednesday, where he would guide the Owls to promotion from League One and survival in the Championship.

Only five managers in Premier League history have been sacked in August, and of them it’s Kenny Dalglish who takes the mantle as the earliest dismissal of the calendar season – the axe fell on the Liverpool legend on August 17, 1998.

He was Newcastle United manager at the time, but not all that popular given that he dismantled the cosmopolitan playing style of predecessor Kevin Keegan, and replaced a number of fan favourites with veterans like John Barnes, Stuart Pearce and Ian Rush, who were all 34 or older at the time that Dalglish signed them.

A hapless 13th place finish – the Magpies were Champions League regulars at this point – in his only full season in charge ensured Dalglish’s days were numbered, and despite reaching the FA Cup final during that 1997/98 campaign it would take just 12 days of the following term, and draws with Charlton and Chelsea, to convince chairman Freddy Shepherd to dethrone ‘King Kenny’.

Tied on 12 days with Dalglish is another Northern football hero. Peter Reid was known as a fearsome competitor in his playing days at Everton and Manchester City, and it was at the latter where a managerial stint would come to the most premature of ends at the start of the 1993/94 season.

Originally appointed as manager in 1990, Reid enjoyed some good times at City – not least guiding them to a fifth-place finish in the old First Division, which saw them ranked higher than rivals Manchester United for the first time in a long time.

But the route one style he preferred did not sit well with everyone within the City hierarchy, and after a poor start to the 1993/94 season that saw Reid last just four games, he was gone.

The word ‘legend’ gets bandied about too readily these days, but there’s no doubt that the moniker suits Bobby Robson to a tee.

For all his successes with Ipswich Town, Barcelona and England, it’s undoubtedly Newcastle United with whom Robson is best remembered.

The swashbuckling style of the Magpies during Robson’s reign drew plenty of plaudits, and while trophies proved elusive he took Newcastle to the Champions League and the semi-finals of the UEFA Cup.

But a sluggish start to 2004/05 proves that all good things come to an end, and Robson – like Dalglish before him – fell prey to the short-termism of Freddy Shepherd.

Isn’t it ironic that the fifth member of the August sacking club, Ruud Gullit, had replaced the second member – Kenny Dalglish – just one season prior!?

Having coined the phrase ‘sexy football’, Gullit – a perennial winner as a player with club and country – was expected to bring the good times back to St James Park after the Scot’s reign, and having guided Chelsea to an FA Cup win and second place in the Premier League, he had some coaching credentials.

But his man management style left a lot to be desired, and high profile fallouts with Geordie legends Alan Shearer and Robert Lee – Gullit even left Shearer out of the North East derby against Sunderland – would ensure his days were numbered.

Previous Post: « Could English Football Be First to Get Rid of VAR (Video Assistant Referee)?
Next Post: Which Player Has Scored the Most Premier League Goals in a Single Season? »