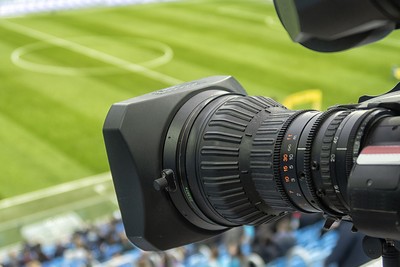 Given the nature of the latest report into Sky’s profitability – or lack thereof, some are concerned with what the future might hold for English football.

The broadcaster revealed its summer financial report in October, and the results were not great – they had suffered a 15% fall in revenues in the period June-September, which equates to more than £600 million in real terms.

The concern is that the downturn has been attributed to factors relating to the increased cost of living and tough economic conditions, with a reduction in subscriber numbers and a fall in advertising revenue identified as to blame.

Those are situations that are unlikely to improve any time soon, and the viability of the mega-millions TV rights deal Sky has in place with the Premier League may be called into question if the firm’s profitability continues to take a hit.

So the question is how indebted are English football clubs to Sky’s broadcast revenue, and what happens if their profits fail to improve? 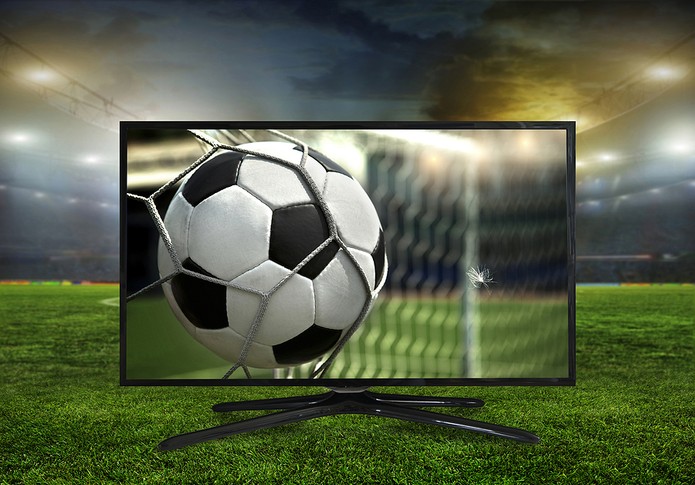 You might remember May 2021: the world was coming to terms with the health crisis a year or so on, and plans were being made for a return to normality of some kind.

Sky were imbued with a sense of optimism, as it was revealed during that month that they had signed an extension on the UK broadcast rights deal with the Premier League.

And to some tune. Sky and BT agreed a £5.1 billion deal to carry them through to the end of the 2024/25 season, which is an almighty expense but one that ensures they can continue to show what is their main selling point to new and existing subscribers.

But what happens when that ‘product’ becomes less attractive to viewers, who now have a choice between an expensive monthly subscription and paying their energy bill?

The ramifications could be sizable for English football as a whole….

How Much Do Premier League Clubs Make from Sky?

Load up the financial accounts of any Premier League club and you will clearly see the black hole that would emerge if the deal with Sky and BT fell into trouble.

The 2018/19 season is the last for which full records are available that haven’t been hampered in some way, e.g. games played behind closed doors etc. Taking a look at Everton’s numbers, the realisation dawns of how much Premier League sides rely on their broadcasting partners for revenue: 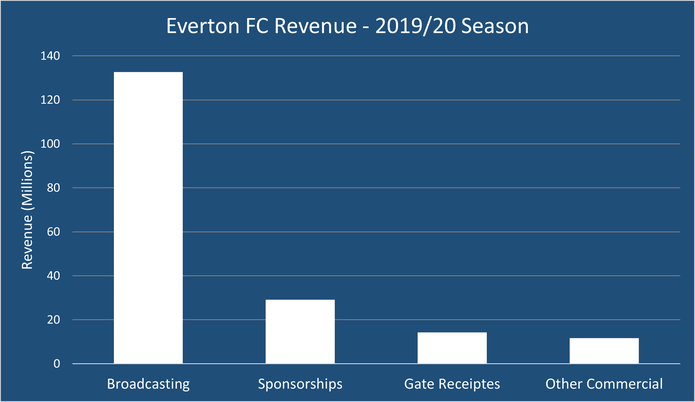 As you can see, the amount generated by broadcasting rights is the most important income stream a Premier League football club….and by some margin. Okay, so outfits like Manchester United and Liverpool will probably bank higher numbers commercially than Everton, but still: the revenue from TV deals is the primary source of wealth that top-flight clubs have.

Again, there’s a caveat. That broadcasting revenue will include overseas deals, and these can bring in huge sums. Indeed, the TV rights packages sold to the North American, Asian and Indian audiences are now just as sizable as the domestic agreement.

Good news for the Premier League, but not so much for Sky and BT, who may find themselves needing to dig even deeper in 2025 to extend their current deal, which is likely to be more expensive….especially with the likes of Amazon Prime lurking.

How Much Do EFL Clubs Make from Sky?

Although it’s a rare day on Sky Sports that a game from outside of the EPL and Championship is broadcast, the lower league clubs in English football’s pyramid still rely on payments made to them as part of the TV rights deals.

A funding package agreed back in August will see more money trickling down to the lower reaches of the EFL – an increase on the £6 million currently paid to Championship sides, with League One and Two clubs pocketing somewhat less than that.

But for some smaller clubs – and those in strife like Derby County – it could be the difference between survival and extinction.

However, critics say that the deal doesn’t go far enough. EFL clubs earn a fraction of what Premier League sides generate in TV broadcast revenue, and they want a larger slice of the pie in ‘solidarity payments’.

All of which will force increasing pressure on Sky to stump up more to extend their rights deal beyond 2024/25. If they continue to lose customers for the foreseeable future, it makes it very difficult to see how their financial future is a stable one.

Previous Post: « The Pros and Cons of a Winter World Cup
Next Post: What are the Different Classifications In National Hunt Racing? Premier Handicaps Introduced for 2022/23 »