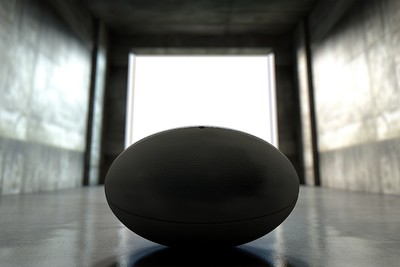 We often read about football clubs that are on the brink of financial disaster, whether it’s due to greed, mismanagement or simply unfortunate economic circumstances.

Rugby union clubs have been, for the most, more conservative and sustainable in their spending, although some at the top table of the sport in England have started to pay the penalty for their inability to balance the books.

As both Worcester Warriors and Wasps stare into the abyss of actually going out of business altogether, former England legend Lawrence Dallaglio has claimed that at least two more Guinness Premiership outfits are in danger of following the same path.

If those playing in the top tier of English rugby are unable to sustain themselves financially, what hope is there for the sport? Is rugby union heading for an apocalypse from which it may never recover?

The financial situation at Worcester Warriors got so bad that they were unable to pay a £6 million tax bill owed to HMRC.

As anybody that has dealt with the tax authority can attest, they do not take no for an answer, and so it was no surprise that they were one of the key drivers behind the winding up order issued to the Premiership club.

As part of that legal action, WRFC Players Ltd – the holding account from which players and staff were paid – has been wound up, and that has allowed all involved at the club to terminate their contracts and walk away. Duhan van der Merwe, their star winger, has already signed for Edinburgh, and the rest of their squad are now free agents able to secure a move elsewhere.

Worcester Warriors as an entity has entered administration and they have been suspended from competing in all English competitions. They have, however, been given more time to find sources of finance before a complete winding up order is enacted.

But even if they can find the £6 million to satisfy the tax man, they still have a range of other debtors – it’s thought Worcester still owe £15 million that was loaned to them by the Department for Culture, Media and Sport as part of the health crisis rescue package.

The club’s director of rugby, Steve Diamond, wrote a rather cryptic tweet after Worcester’s legal hearing, although the context was pretty straightforward to understand:

#TOGETHER “This is the darkestday for English rugby. We thought we could turn the tanker around but it’s ended up like the Titanic, sadly. The ship has sunk, the captains are nowhere to be seen. The RFU/PRL band played in the back ground. There are a privileged few who have jobs.

It would be easy to have sympathy for Worcester’s plight, although former player Cameron Neild has claimed he and his teammates were treated as ‘pieces of meat’ by the club’s owners.

Much of the blame has been pinned on Jason Whittingham and Colin Goldring, and there are now fears for the future of Morecambe FC who the duo also co-own.

Sting In the Tail for Wasps

One of the most storied clubs in English rugby are also on the brink of disaster.

Wasps are likely to be plunged into administration this side of Christmas, with club directors asking insolvency experts to step in and help figure out how to clear their mountain of debt.

They have now been suspended by the Premiership, and will not fulfil fixtures until they can show they have the means to pay back their myriad creditors.

The difficulty is that entering administration is automatically penalised by relegation under RFU rules, and so now Wasps, players, fans and staff will need to prepare for a future in the Championship unless some sort of eleventh hour solution can be found.

Like Worcester, they too owe HMRC unpaid tax debts, while a £35 million loan that facilitated their move from London to Coventry also needs to be settled.

Who’s Next In Line?

The RFU have tried to quell fears that the top-tier of rugby union in England is in danger of implosion.

“It is our responsibility to set a more sustainable path for English club rugby,” a statement from the governing body read.

“This was on the agenda already, but we need to now accelerate the work we are doing with our clubs, the RFU, and other stakeholders across the game. Our shared goal must be to put in place stronger foundations that underpin the long-term prosperity for the sport in this country.”

The issue is that many Premiership clubs are in a race to the top – without the commercial backing to sustain outlandish spending on wages. The book Unholy Union, written by Michael Aylwin and Mark Evans, revealed some clubs have wage bills of £9 million per season….despite the fact that they make just £4 million a year in revenue.

Debt is a common enemy in football and other sports, but they have cash-rich financiers that can absorb the losses. Rugby clubs, for the most part, don’t.

Other Premiership clubs appear to be in peril. Both Bristol Bears and Saracens have debts in excess of £40 million, and the former’s owner Steve Lansdown has already hinted at the danger his club – and the sport as a whole – faces.

“Rugby is, in a way, its own worst enemy – it’s a fabulous game, it attracts great fans but it’s a question of getting the revenue into the business,” he said.

“For people to invest into it, it’s a passion, it’s not one you can point to and say, ‘if you invest, you can make a return on your money’.”