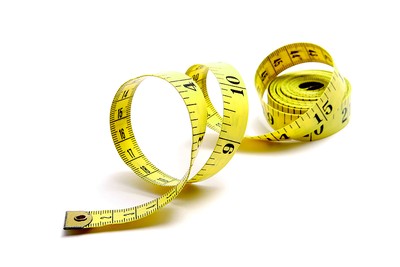 He’s been variously described as a ‘freak’, a ‘unicorn’ and an ‘alien’, so you need to have pretty thick skin – and lots of it – to be a 7ft 4in basketball sensation tipped for the top.

But that’s exactly where Victor Wembanyama could be heading after he was tipped to be the first pick in the NBA Draft for 2023 following a stellar showing in an exhibition game.

The young Frenchman currently plays for Metropolitans 92, and they were on a tour of the United States that took in various colleges across the country.

One game saw them take on G League Ignite, a side made up of some of the hottest prospects in the sport, and yet it was Wembanyama that all present came away talking about.

He scored 37 points, including seven 3-pointers, to surely catch the eye of the top NBA scouts, and should he declare himself for the NBA Draft then Wembanyama will surely be taken as one of the earliest picks.

No less of a judge than future NBA hall of famer LeBron James has watched the French star up close and personal, and he was not shy of praise for the 18-year-old.

“Everybody goes on about this unicorn thing, everyone’s been a unicorn over the last few years,” the LA Lakers star commented.

“I’ve never seen, no-one has ever seen anyone as tall as he is but as fluid and as graceful as he is out on the floor.”

Even at his youthful age, Wembanyama towers over most of his teammates and opponents already, and if he can master the physical challenges that come with having such long levers, he could go on to become a giant – in all senses of the word – of the NBA.

But here would he stack up against the tallest sports stars of all time? 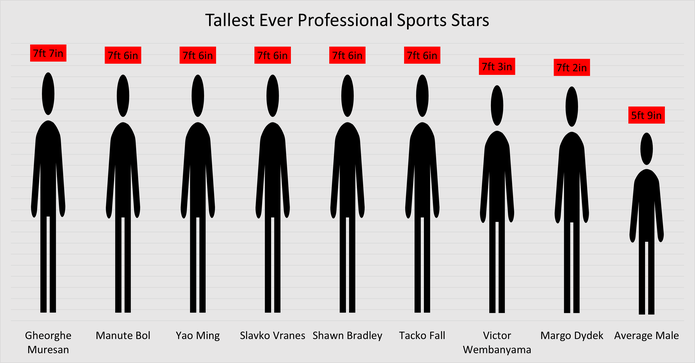 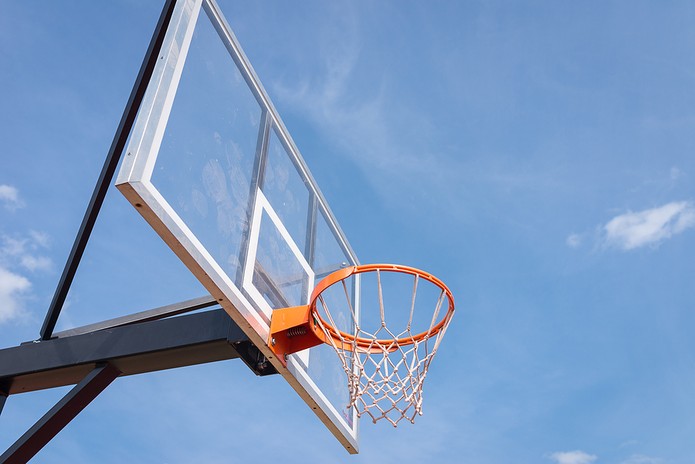 Four NBA giants have measured 7ft 6in, and then the height of another former slam-dunking sensation has been the subject of much debate (more on him shortly).

Leading the way for the 7ft 6in brigade is Yao Ming, the Chinese superstar who made eight appearances in the NBA All Star game. Perhaps just as famously, he weighed eleven pounds when born….ouch!

Slavko Vranes only ever played one NBA game for the Portland Trail Blazers in 2004, while Tacko Fall made more than 40 appearances for the Cleveland Cavaliers and Boston Celtics. Shawn Bradley played more than 800 NBA games in a 12-year career for the Philadelphia 76ers, Brooklyn Nets and Dallas Mavaericks. 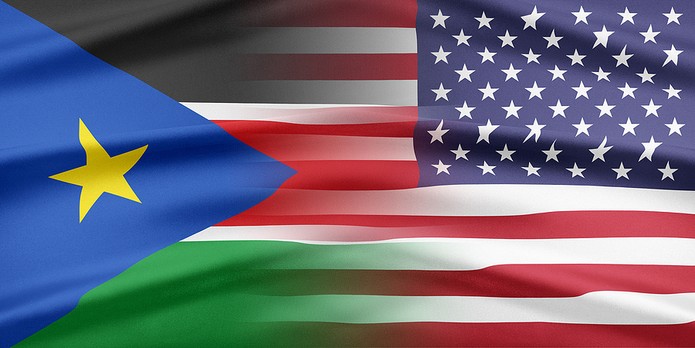 If the family of the sadly now-departed Manute Bol are reading this, please don’t write in to complain.

Yes, some sources have listed the Sudanese basketball ace as the joint tallest sports star ever at 7ft 7in, it’s just that the official NBA history books have Bol listed at 7ft 6in instead.

He was drafted as a center by the Washington Bullets in 1985, as part of a decade-long NBA career that also saw him take in stints in San Francisco, Philadelphia and Miami.

It won’t surprise you that a guy with a near eight-foot wing span ranks 16th on the all-time NBA list for blocks. 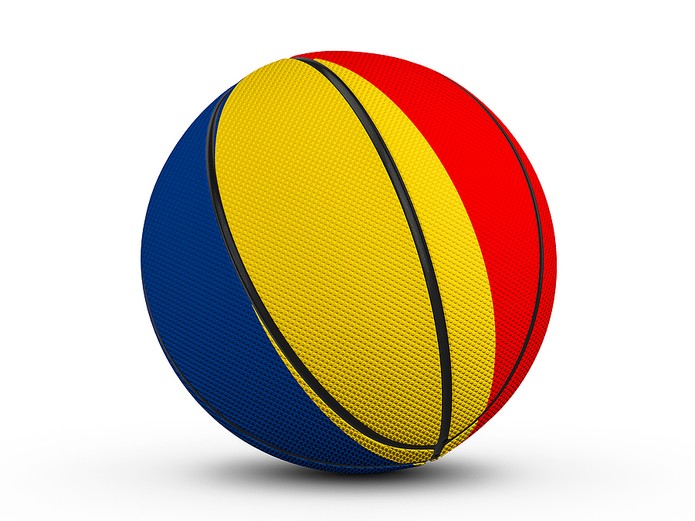 It won’t surprise you to learn that basketball has played host to the tallest professional athlete in history.

Gheorghe Muresan stood an official 7ft 7in, but he wasn’t just a player picked because of his height – the Romanian scored more than 3,000 points in the NBA and delivered nearly 2,000 rebounds in an excellent career for the Washington Wizards and the New Jersey now Brooklyn) Nets.

There is some consternation if Sun Mingming is actually the tallest sportsperson of all-time. He stands 7ft 9in, and while he flirted with the pro ranks of basketball, he never made a single NBA appearance – although he was called up to the Harlem Globetrotters.

Who Is the Tallest Female Athlete of All Time 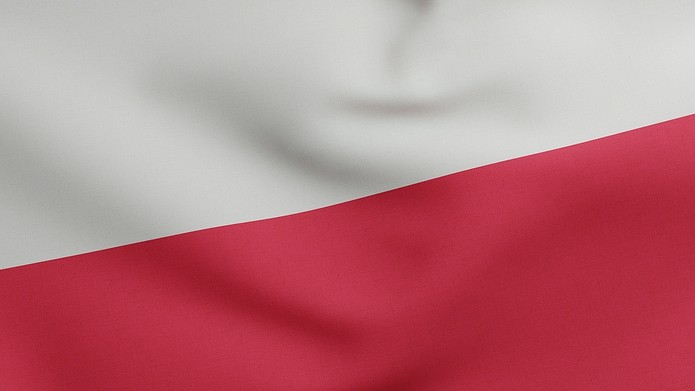 If you rank the tallest sports stars of either gender in order, Margo ‘Large Marge’ Dydek would stand joint-twentieth on the list at 7ft 2in.

The Polish international enjoyed a lengthy career in the WNBA, most notably for the Connecticut Sun, and she was twice handed All-Star honours and still leads the way for the most blocks in WNBA history.

Who Is the Tallest Footballer of All Time 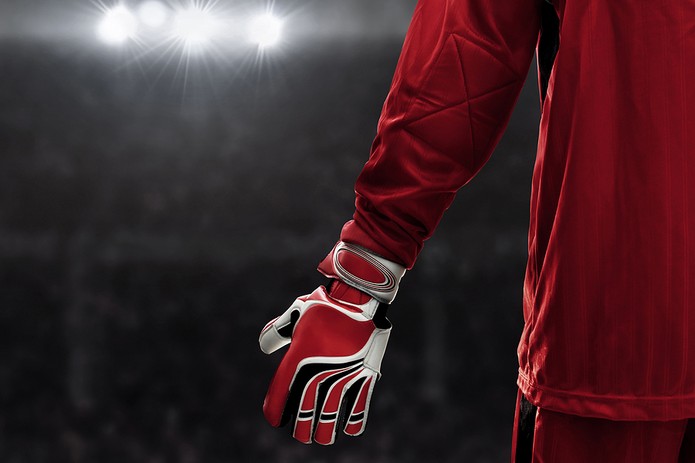 The not aptly-named Peter Crouch stands 6ft 7in, although there are plenty of other footballers around the globe that stand, if not head and shoulders, at least a couple of inches taller.

And then there’s Simon Bloch Jorgensen, a goalkeeper who started his career in Denmark before stints in the professional and non-league game in England. At 6ft 10in, he is considered to be the tallest player in world football.

But he might need to go and stand next to Kristof van Hout, the Belgian giant who largely plied his trade in his homeland as a goalkeeper. Also standing 6ft 10in, he and Jorgensen can have an argument over who is the tallest footballer of all time.

Previous Post: « Why Do Taxpayers Have to Pay for Sporting Events and New Stadiums?
Next Post: Who Is Behind Manchester City’s New ‘Global Betting Partner’ 8Xbet? »