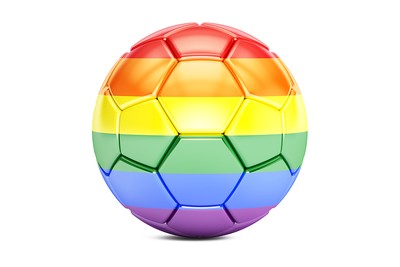 Just as football looks to take a progressive step forward in equality for all races, genders and sexualities, along comes a gaffe that sends the sport back to the dark ages.

Quite what happened to Iker Casillas’ Twitter feed only the Spaniard can say, but the former Real Madrid goalkeeper caused a furore when he tweeted that he was gay before the message was hastily deleted.

He claimed, as all wronged parties on social media tend to do, to have been hacked, although it’s possible that the post was a terrible attempt at a joke – with being gay, amongst much of the male football fraternity it seems, considered to be a punchline rather than a perfectly acceptable thing to be.

That would look to be the case given former Barcelona defender Carles Puyol’s ill-informed reply, which ‘jokingly’ said ‘it’s time to tell our story’.

Is it any wonder that men’s football is considered to be so anti-LGBTQ+ when this is the ‘humour’ of the players? Many in the LGBTQ+ community refer to coming out as one of the hardest moments of their lives, and so for two respected international footballers to make a joke out of it shows just how far the sport has to come before gay players will publicly come out.

Are There Any Openly Gay Footballers? 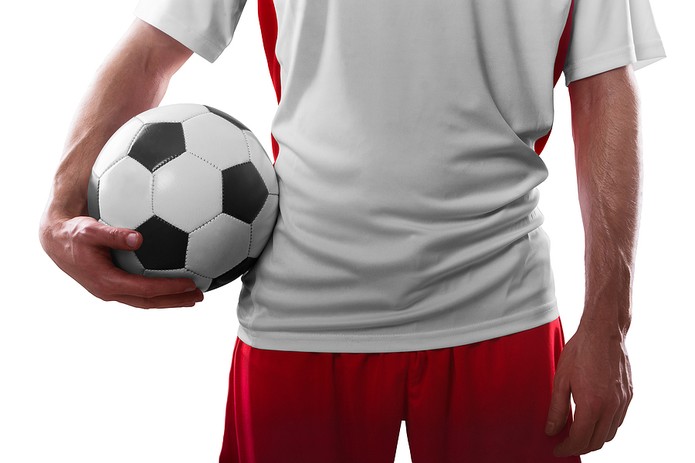 An Office of National Statistics survey on sexual orientation found back in 2019 that 2.7% of the UK population – around 1.7 million people – responded as being gay, lesbian or bisexual.

The reality is that the number is probably even higher than that – some choose not to come out for personal or religious reasons, although happily that 2.7% in 2019 was higher than the 2.2% from the year previous. The inference being that more people had come out publicly in the prior 12 months.

Now take your average Premier League gameweek. There’s 20 teams of eleven starting players, and so if we use the 2.7% average as a guide, every week in the EPL there should likely be five or six players that identify as being homosexual.

And yet, the reality is that there are only three current professionals on the entire planet that have come out as gay. Josh Cavallo was the first to publicly reveal their sexual orientation in October 2021, and the Adelaide United defender was one of the first to decry the tweets made by Casillas and Puyol.

“Joking and making fun out of coming out in football is disappointing,” he wrote on Twitter.

“It’s a difficult journey that any LGBTQ+ people have to go through. To see my role models and legends of the game make fun out of coming out and my community is beyond disrespectful.”

In the UK, Jake Daniels became the first player in more than 30 years to come out as gay in 2022. The Blackpool striker revealed he wanted to be a ‘role model’ for other gay men in sport, and upon coming out publicly said:

“I have been thinking for a long time about how I want to do it, when I want to do it. I know now is the time. I am ready to be myself, be free and be confident with it all.”

Cavallo and Daniels were joined in 2022 by Zander Murray, the Gala Fairydean Rovers forward who became the first player in the professional ranks in Scotland in three decades to come out as gay.

“Before coming out you think people will turn against you and you think the worst. It’s been lovely how much support I have had,” he said.

Even so, you sense that football has a long way to go before acceptance and representation are where they need to be.

Which Footballers Have Come Out as Gay After Their Career Has Ended?

Perhaps sensing they will be treated differently in the dressing room, or maybe fearing bile and derogatory chants from the terraces, some only feel comfortable enough to come out as gay after their playing careers are over.

Thomas Hitzlsperger won more than 50 caps for Germany, was a Euro 2008 runner-up and made more than 100 appearances in the Premier League for Aston Villa, West Ham and Everton.

But he never felt comfortable coming out while still playing, and it was only after he hung up his boots that the former midfielder decided enough was enough. He blamed the media, rather than fans or his fellow players, for his reticence in coming out.

Olivier Rouyer was another who didn’t come out as homosexual until after his playing and coaching career had ended, presumably not to ‘prejudice’ himself in a game where toxic masculinity can still reign supreme.

Robbie Rodgers made more than 200 professional appearances in the MLS and for Leeds United, and he found the weight of carrying his sexuality as a secret too much to bear – he retired from football at the age of just 25 after coming out.

But he was persuaded to lace up his boots again by the LA Galaxy, becoming the first openly gay sports star in North America.

While many male footballers are waiting until their careers are over before coming out, such is the stigma of being gay, in the women’s game the culture is one of acceptance and a complete lack of judgement.

England captain Leah Williamson, who lifted the European Championship trophy in the summer, is reportedly in a relationship with fellow player Jordan Nobbs, and there were more openly gay players in that Lionesses’ squad – seven – than are out in the entirety of the men’s professional ranks.

Some of the greatest players in women’s history, such as Marta and Sam Kerr, are openly out as gay, and they came out without the fear of scrutiny that their profile would be somehow tarnished if they revealed themselves to be ‘different’.

Let’s hope the men’s game has its own moment of realisation in the near future….