As they’re only too willing to tell anybody that will listen, money is NOT the reason FIFA awarded the 2022 World Cup to Qatar.

No, they are only interested in increasing the diversity of the World Cup, and introducing the tournament to corners of the globe hitherto untouched by a visit from the beautiful game’s flagship event.

Mind you, it’s a happy coincidence that the 2022 edition is set to be the highest earning in history, bolstering FIFA’s coffers by a handy $7.5 billion (£6.35 billion). Not bad for a fortnight’s work.

It’s particularly astonishing given that FIFA, by their own words, are a ‘non-profit’ organisation, so it will be interesting to see how they divvy out that £6.35 billion to good causes. Of course, at least £2.5 million of it will go towards paying president Gianni Infantino’s annual salary.

And, to offer some context, that means the World Cup in Qatar has earned FIFA more than four times the paycheque they took home from the tournament in South Korea and Japan 20 years ago.

So how have they persuaded Qatar to part with so much cash, and where will it all be spent?

How Much Money Does the World Cup Make FIFA? 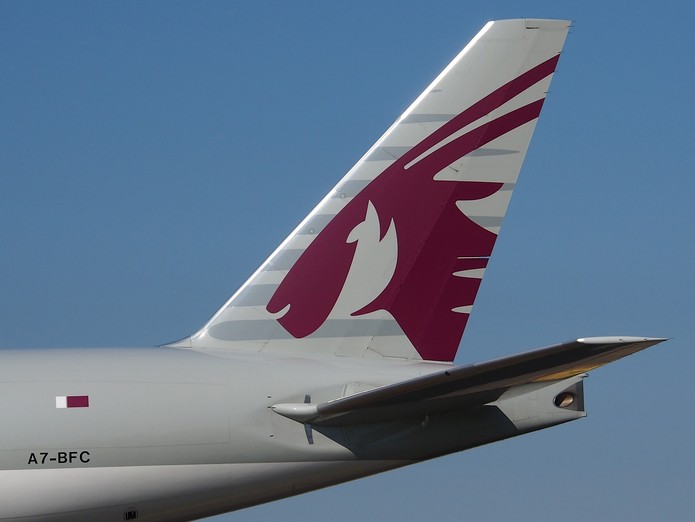 A large slice of the increased revenue generated in Qatar has come, unsurprisingly, from oil-rich sponsors.

Commercial deals penned with Qatar Airways, QatarEnergy and the state-run telecommunications firm Ooredoo are in the top tier of sponsors thought to have paid around $93 million (£78 million) to be associated with the tournament, while the Qatari National Bank Group has also stumped up to be declared, bizarrely, the ‘official Qatari Bank of the World Cup’.

FIFA have also benefitted financially from the lower operating costs of running the tournament, which has come about from the smaller geographical spread of the event. All eight host stadiums are within 50km of the central Doha hub, which cuts the transportation costs that the governing body has to pay for.

Other costs include prize money, which is thought to top £370 million, and accommodation costs for each team and their support staff. Much of that was recouped by expensive broadcast deals signed with the likes of Fox Sports, who forked out £350 million back in 2011 to enjoy exclusive rights to show the 2018 and 2022 editions.

All of which leaves FIFA in a particularly profitable position once the dust has settled in Qatar, while reflecting on what a good idea it was to move the tournament to such a rich country. 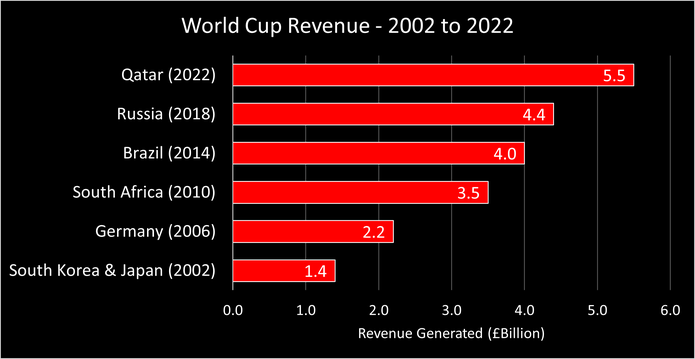 How Does FIFA Spent Its Money? 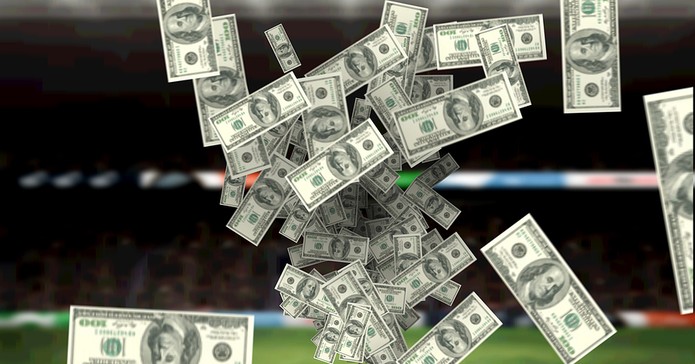 According to FIFA’s ultra-sharp accountants, the 2022 World Cup will generate around £500,000 more for football around the globe than any previous edition of the tournament.

The main source of FIFA’s spending is the World Cup, where they spend a reported £2 billion on many of the costs we’ve already outlined, as well as ensuring that their VIPs and dignitaries are housed and fed in suitably salubrious surroundings. For the event in Qatar, they have also paid clubs in the middle of their domestic campaigns hush money of £170 million.

FIFA gives money to its confederations and member organisations such as the Football Association, who are then asked with improving the beautiful game by increasing participation through facilities and funding for local leagues etc.

There’s a number of football development directives that FIFA have initiated as well. The FIFA Forward programme is designed to increase the number of young people playing organised football in each of its member nations, and they chuck a good few pennies at it – £460 million a year, to be approximately exact.

Staff salaries and pension contributions exceed £400 million per year, which suggests the organisation is over-paying its people or is rather bloated, to say the least.

You wonder if Infantino and his cronies will be able to find any spare change to set up a compensation fund for the migrant workers killed or injured in making Qatar 2022 a reality.

“FIFA is failing in its human rights responsibilities and showing its disdain for the migrant workers who built the Qatar tournament infrastructure that will fuel its profits,” said the head of Human Rights Watch, Michael Page.

Given how happy FIFA have been to overlook the criticism of their World Cup adventure in their president’s new home country, that doesn’t seem likely.

Previous Post: « Liverpool FC Is for Sale: But Who are the Potential Buyers?
Next Post: The World Cup’s Greatest Upsets: Where Does Saudi Arabia Defeating Argentina Rank? »