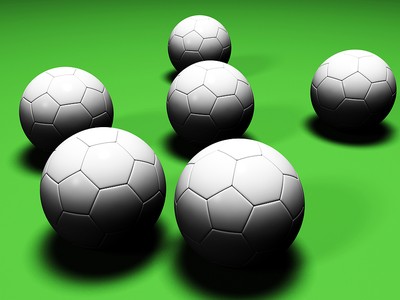 When the Premier League was launched in 1992 as a rebrand of the old Division One, the 22 founding members had dreams of the glory and riches they expected to follow.

Premier League chiefs had signed an exclusive TV rights deal with Sky worth more than £300 million, and that’s a partnership that continues to pump money into English football’s top-flight to this day.

It heralded the start of the commercialisation of football, as transfer deals grew more expensive, agent fees grew larger and clubs began to reap the benefits of promoting their wares to hungry audiences in Asia, the Americas and the Middle East.

Back then, it would have been inconceivable to the likes of Oldham Athletic and Wimbledon that not only would they not be in the Premier League in 30 years’ time, but their sheer existence would be in jeopardy – the former was relegated from the Football League for the first time in more than a century in 2022, while the latter no longer exists, having been replaced by the AFC Wimbledon ‘phoenix’ in 2002.

A lot can change in football in a relatively short space of time, and that is evidenced by the fact that of those 22 founding clubs of the Premier League, 16 have been relegated from the top-flight at least once in the prior three decades.

Which of course means that six clubs have never been demoted from the Premier League, although at least one of those has a top-flight status that can best be described as uncertain.

So how much longer can this super six continue in their fine tradition of never being relegated from the Premier League? 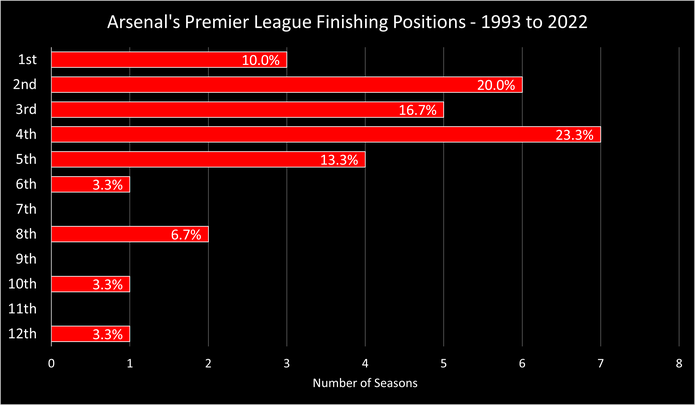 Not only have Arsenal been ever-present in the Premier League since that inaugural season back in 1992/93, they have never really come close to being relegated at any point.

The 1994/95 campaign was their nadir, with the Gunners finishing as low as 12th in a season blighted by controversies and misfortune. George Graham was sacked as manager after he took a ‘bung’ payment of £425,000 when signing John Jensen and Pal Lydersen, while star player Paul Merson checked himself into rehab to battle a number of demons.

Arsenal lost six of seven Premier League games played between March and April, but a solid start to the campaign meant that they still finished six points clear of the relegation zone in a year in which four teams were demoted to the second-tier. 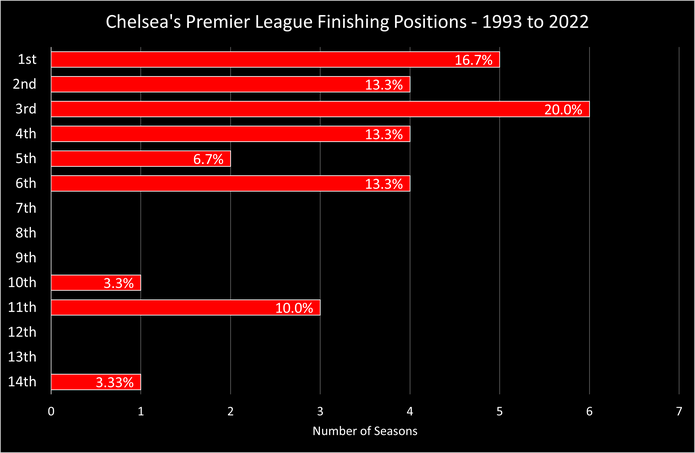 Given that they are five-time Premier League champions, it will come as a surprise to younger readers to learn that Chelsea haven’t been overwhelmingly successful in the modern era.

Indeed, they were in danger of missing out on the inaugural Premier League season having been relegated to the Second Division in 1988.

Fortunately for them, the Blues were only outside of the top-tier for one season following an instant promotion, and so they were able to take their seat on board the Premier League gravy train.

They’ve rarely looked back, although Chelsea’s Premier League history can be split into two dynasties: the pre and post Roman Abramovich years.

The Stamford Bridge outfit finished no higher than eleventh in the first four seasons of the Premier League, with their fourteenth-place turn in 1993/94 their nadir.

But once the Russian oligarch took charge in 2003, he bankrolled Chelsea to five titles, 16 top-four finishes and only one season outside of the top six. 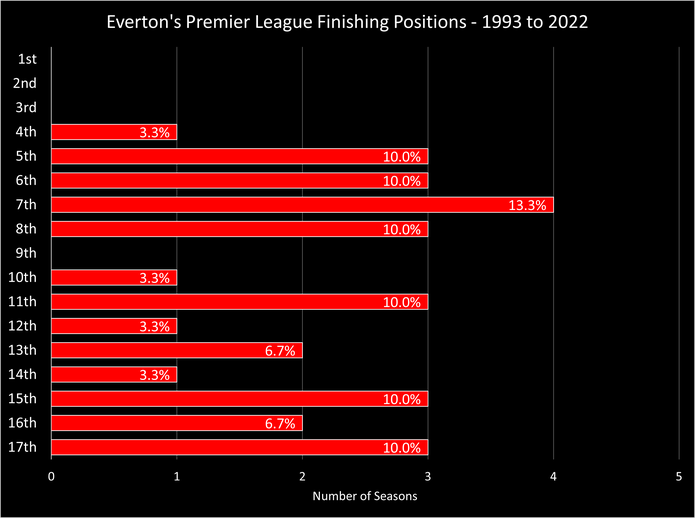 At the time of writing, Everton are odds-on to be relegated to the Championship come the end of the 2022/23 term, which would end their 31-year streak in the Premier League.

The Toffees have flirted with relegation before, finishing 16th in 2021/22 – thanks largely to a run of three wins from the final six games catapulting them out of the dropzone.

They have finished 17th on three occasions too, suggesting their unbroken top-flight status has a hint of good fortune about it. In 1993/94, they were 0-2 down to Wimbledon in a must-win game on the last day of the season – the Goodison Park crowd roaring them back to a 3-2 victory.

And in 1997/98, the Merseysiders stayed up via goal difference alone after winning just one of their last seven games. Fortunately for them, Bolton Wanderers had conceded more goals and suffered the dreaded drop instead. 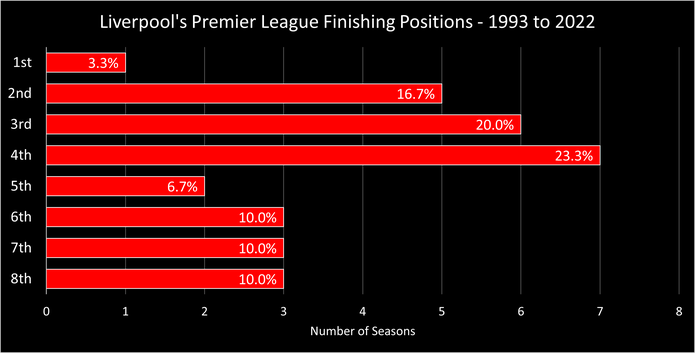 Everton’s neighbours Liverpool have had no such worries when it comes to relegation.

The last time Liverpool didn’t play top-flight football – either in the Premier League or the First Division – was as far back as 1961/62, and they have only ever been relegated once (in 1953/54) since the First World War.

There’s that amazing bit of trivia that Manchester United came close to sacking Sir Alex Ferguson as manager during the 1989/90 season.

It’s a good job they didn’t, because by the time the Premier League was born Ferguson had turned United into a winning machine – they were crowned EPL champions in seven of the competition’s first nine seasons.

They’ve hoovered up 13 Premier League titles all told, with a lowest finish of seventh in 2013/14. Relegation hasn’t really been on their radar…. 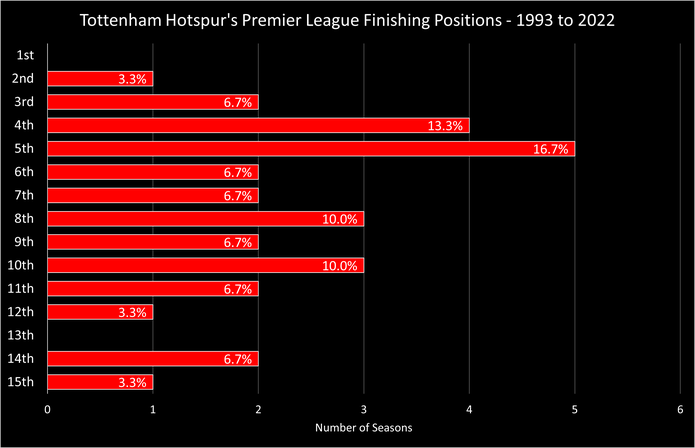 Everton and Tottenham are the only two members of a unique club: they were founding members of the Premier League, have never been relegated but have also never gotten their hands on the trophy.

Spurs have flirted with winning the title on a couple of occasions – most notably in 2015/16, when they rather crumbled under the pressure of contending to hand the trophy to unlikely lads Leicester City.

As far as relegation is concerned, Tottenham haven’t had too much to worry about, although in 1993/94 they finished a lowly 15th – just three points above the relegation zone.

Previous Post: « Will Qatar Buy a British Football Club and Double-Down on World Cup 2022?
Next Post: Is 2022/23 Liverpool’s Worst Ever Premier League Season? »