Liverpool’s game with Chelsea in the Premier League on January 21, 2023, marked a significant landmark for Jurgen Klopp.

It was the German’s 1,000th game as a manager, which is no mean feat in itself, but particularly so when you consider many of those have been at the top level of club football.

Klopp has been a head coach for 23 seasons while employed by three different clubs, winning a trio of league titles and a Champions League winner’s medal. All told, his teams have won more than 500 games with the 55-year-old in the dugout.

A career win percentage of 53.9% as a manager is another impressive accolade, but it’s interesting to note that of all the bosses that have overseen 1,000 or more games at the top-level of management, that ranks Klopp just 12th on the all-time list.

A piece that names the greatest football manager of all time would have to consider a number of different variables. How successful were the teams they inherited? How much money did they spend? How many trophies did they hoist?

But as a very crude measure, looking at the highest win ratios for those that have managed more than 1,000 games seems another good way to look at. That’s a sample size of such scale that ‘flukes’ and one-season wonders can be easily dismissed.

So, who makes our list of the greatest football managers of all-time based upon their appetite for winning?

By our definition, Rangers legend Bill Struth is the most successful football manager of all time.

According to those who played under him, Struth was light years ahead of his time, employing sports psychology and even a sprint coach to make his players fitter, faster and more confident. Evidently, it worked.

“He was a master of psychology and he could read and understand people like no other,” said George Young of Struth.

“That meant that when he came into the dressing room he knew just what to say, even if it meant standing logic on its head. He said things with such confidence that we believed him.”

Not that Struth was against the finer things in life. When things were going well on the pitch, he would invite his players to his home, serve them ‘refreshments’ and take to the piano for a singsong that would last long into the night.

The Celtic great oversaw more than 1,600 games across a remarkable 43-year span as the club’s manager, and it won’t surprise you to learn he collected plenty of silverware in that time.

Maley won 30 trophies as a manager – 16 Scottish League titles and 14 Scottish Cups, and in the second half of his career he found himself tangling with Struth’s Rangers. It was during these years that the famous Old Firm rivalry that is still as passionate today was born.

Taking charge in 1897, Maley was Celtic’s first manager and at the sprightly age of 29, too. Things were a little different back then, and players would find out if they were in the team by reading the local newspaper the day before the game!

In the early 1900s, Celtic were regarded as the best football team on the planet, and Maley must take plenty of credit for that – it’s reflected in an incredible win ratio that has only been bettered by one manager with 1,000 or more games to their name.

The third name on our list of winning-most managers is another with plenty of Old Firm experience.

Jock Stein managed Celtic for a 13-year stretch between 1965 and 1978, winning ten Scottish league titles and, famously, the 1966/67 European Cup. He was the first British manager to lift the continent’s most prized trophy.

The former coalminer also had stints at Dunfermline, Hibernian and Leeds United, while as Scotland boss he guided his country to the 1982 World Cup. They would agonisingly miss out on qualifying from their group by virtue of goal difference.

Jose Mourinho is one of two managers still active in the beautiful game that round out our top five.

The self-styled Special One has achieved an outstanding win ratio of 62.9% across more than 1,000 games at Porto, Chelsea, Inter Milan, Real Madrid, Manchester United, Tottenham and Roma. 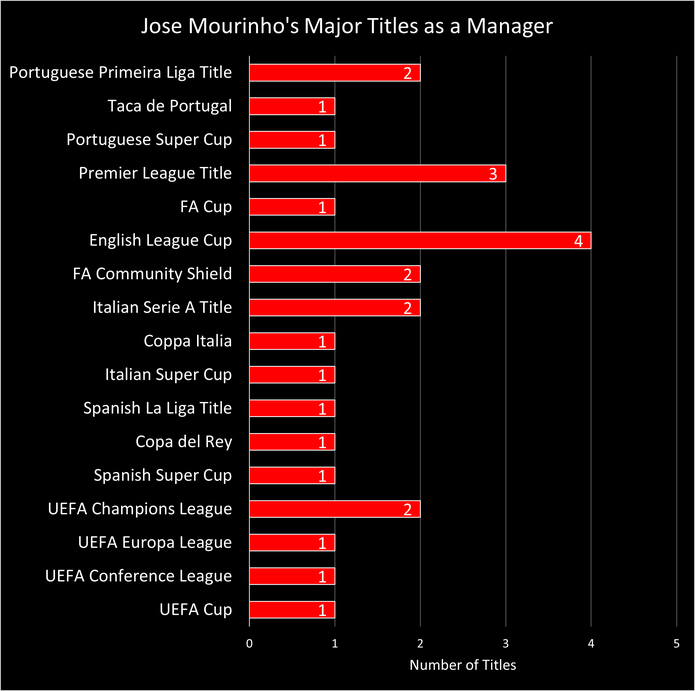 Although a feisty character that has a habit of rubbing people up the wrong way, Mourinho is one of the few managers that can lay claim to winning league titles in four different countries.

He’s also won UEFA sanctioned tournaments with four different teams, including two Champions Leagues – the first of which was an astonishing effort while managing Portuguese side FC Porto. That, however, was tarnished when it was alleged that they had bribed referees as part of the ‘Golden Whistle’ scandal.

If you bumped into Mircea Lucescu in the supermarket, you probably wouldn’t recognise him. But he’s one of the most successful managers in world football that is still active in the sport.

The Romanian is still going strong as the head coach of Dinamo Kiev at the age of 77, and that’s a lengthy career that has brought nearly 1,500 games and some 887 victories (at the time of writing).

From Bucharest to Milan and from Istanbul to Saint Petersburg, Lucescu has enjoyed a nomadic managerial career that has taken in some of Europe’s most stunning cities – not to mention a trophy cabinet with 37 pieces of silverware in it. 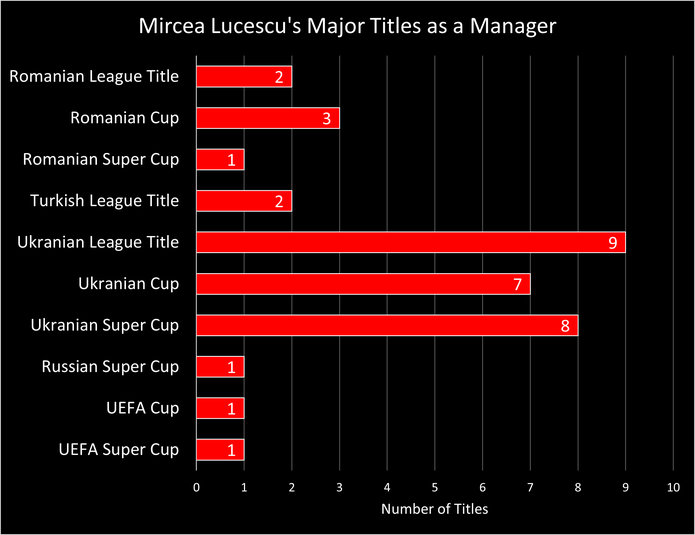 In 2020, he became the oldest manager in history to contest a Champions League game having not long celebrated his 75th birthday.